Stephen J. Chant, 68, of South Burlington, died suddenly Nov. 29, after achieving a second remission of lymphoma in May, fighting hard to live and love his wife and family.

Besides being a loving husband, an unconventional dad, and an enthusiastic grandfather, Steve was an artist, a writer, an avid reader, a lover of rock ‘n’ roll, and all things printed. He was creative, inquisitive, a master of trivia, and a rebel at heart. Known to have the biggest laugh in the room, he was also the wittiest, funniest, and smartest.

He is survived by his wife of 28 years, Suzanne (St. Pierre) Chant; his daughter, Ariel Chant, her partner, Will Willoughby, her children, Hannah and Dalton Chagnon, and her stepdaughters, Jalyn and Peyton Willoughby; his stepson and good friend, Patrick Canavan, who lived with Steve and Sue in these last months; and stepson Gerard Canavan, his wife, Jaimee Hills, and their children, Zoey and Connor.

The light of his life was his daughter. A single dad to Ariel, they had many adventures together at home and traveling. When she was 9, the two of them went to the “Top of the North,” driving until there was no more road in northern Quebec. They drove to Colorado for skiing and other adventures. Most important, they shared a very special lifelong bond of single dad and only child. He was Ariel’s rock.

Steve met Suzanne, the love of his life, in the early 1990s, on Prodigy, where both were  early personal computer users. Sue and Patrick relocated from New Jersey to Vermont to share life’s adventures with Steve and Ariel. Gerry joined in on vacations and many special times.

Steve and Sue traveled together right from the start. They were regulars for summer vacations at Moosehead Lake in Maine, enjoying quiet time together with good books in a beautiful place. In later years, they loved cruising, and reveled in island-hopping. Steve took up snorkeling on his Caribbean cruises, and snorkeled with Patrick along the continental shelf in Iceland.

Steve and Sue took tremendous joy in seeing their children grown and making their ways professionally and personally, and then got the special fun of being grandparents. Just as Steve had been an active and fun father, so was he an engaged and engaging “Pops” to Hannah, Zoey, Dalton, Connor, Peyton, and Jalyn.

Like many first grandkids, Hannah probably got the most fun, with special trips with her Pops to New York City and Chicago. For Steve, even trips with his 6-year-old granddaughter centered on books and bookshops.

In recent years, Steve was able to spend significant time with each of his grandchildren. As an artist, he always had the best supplies to keep kids amused whether in the studio or in the kitchen making his mother’s pumpkin bread.

Books were the other love of his life. His reading was far-ranging and eclectic. His bookshelves and reading pile overflowed. He spent many a fond hour browsing bookstores near and far, once traveling to Hay-on-Wye, Wales, a tiny town full of secondhand bookstores, for a weekend. He created books from scratch, designing, printing, and binding them by hand. An inveterate cataloger, he and friend Douglas Campbell published the definitive resource on patents earned by the U.S. Navy.

He was born June 4, 1954, the first child of William S. and Patricia (Brady) Chant, in Washington, D.C., and grew up in Randolph and Kingston, N.Y., Boulder, Colo., and Moretown, Vt. The eldest of seven, he was loved and admired by his brothers and sisters. He was their leader, their hero, and the instigator of family trips, camping at  many Vermont state parks, and enticing siblings to join him and Sue on a Bermuda cruise.

His eccentricity delighted his family. He showed up one holiday with blinking Christmas lights duct-taped to his old Chevy Suburban. Driving home through a blizzard, he was stopped by police. Family legend has it police did not cite him, because they couldn’t find any law he had broken.

Questioning authority was honed during his early Catholic school education, especially by the Jesuit priests in ninth grade. At Harwood Union High School in Duxbury, from which he graduated in 1972, he and his friends continuously provoked administrators, including putting a “For Sale” sign in front of the building late one night.

Not feeling like college was a good fit, Steve astounded everyone by enlisting in the U.S. Navy. In boot camp, he failed marching, and was sent to type each day while his unit marched. He went into the Navy’s journalism program, and worked on publications at Andrews Air Force Base. Steve might be the only Navy veteran to never have set foot on a ship.

He worked many years for, and retired from, the University of Vermont, where he managed Printing and Graphics. He had previously worked at Upper Valley Press in Bradford, and at WSKI in Montpelier as a reporter.

There will be a celebration of Steve’s life, open to all family and friends, from 4 to 7 p.m., on Monday, Dec. 5, at the St. John’s Club, 9 Central Ave., Burlington. You can celebrate him there, or anytime you want by reading an actual book (even better, one that’s been censored), listening to Neil Young, eating at a diner, or having a PB&J with a side of American cheese for supper.

He is survived by his wife, Sue Chant of South Burlington; his daughter, Ariel Chant, her partner, Will Willoughby, her children, Hannah and Dalton Chagnon, and her stepdaughter, Peyton Willoughby, all of St. Albans, and her stepdaughter, Jalyn Willoughby of Essex; his stepson and good friend, Patrick Canavan, who lived with Steve and Sue in these last months; and stepson Gerry Canavan, his wife, Jaimee Hills, and their children, Zoey and Connor, of Whitefish Bay, Wis.
Steve leaves six siblings and their spouses, Cate Chant and Steve Belitsos of East Montpelier, Barb and Paul Colton of Isle La Motte, Elizabeth Chant and Jill Burley of Shelburne, Paul and Anne Chant of Chocorua, N.H., Dan and Jodie Chant of South Burlington, and Tim and Kirsten Chant of Warwick, R.I.; nieces Sarah, Margaret, Emily, Libby, Jacqueline, and Jessica; and nephews Brady, Thomas, Luke, Drew, and Ethan; and a sister-in-law, Kathy Yawarski of Clifton Park, N.Y.
Share this Obituary:
Share
Tweet
Share
Email 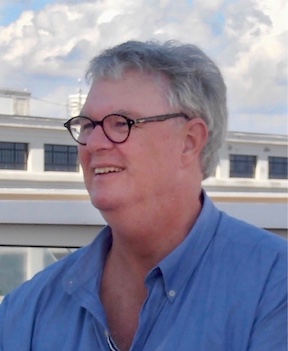