BARRE, VT – Roland C. Lajeunesse of 38 Rudd Farm Drive, Barre, passed away at the McClure Miller Respite House on November 24, 2021 at the age of 95, after a four year battle with cancer. He was born on July 31, 1926 to Armond and Leda (Roy) Lajeunesse in Barre, Vermont, the oldest of eight children. Roland attended local elementary schools in Barre and Barre Town.

On June 25, 1949, Roland married Jeannine Boudreau in St. Monica’s Church and made his home at 195 Elm Street in Barre for over 35 years. He and Jeannine went on to have three children; Irene, Michael and Ann. Roland was very proud of his family.

Even at the young age of 14, Roland loved to work with wood, helping his father repair the old farm buildings. In 1946, he left the farm and went to work for local building contractors as a carpenter apprentice. Being very eager to learn the carpenter trade, Roland excelled very quickly. He attended night courses in Business Management at Spaulding High School offered by UVM College.

In 1952, Roland was drafted into the Army. After completing Basic Training at Fort Sill, Oklahoma, he attended 12 weeks of Advanced Artillery School and graduated as a Transit Operator. Within six months of being drafted, he was assigned to the Headquarters Company of the 37th Field Artillery Company in Korea. After 13 months of service there, Roland was discharged with the rank of Staff Sergeant.

In 1954, Roland returned home to meet his 13-month-old daughter, Irene, for the first time. He was then very eager to get back into the construction business, so he went to work for Barre Construction Company as a Carpenter and Project Manager. In 1962, Roland started his own construction company known as Roland Lajeunesse Builder, later known as Lajeunesse Construction. His achievements included many new and large renovations throughout the City of Barre including a new, 5-story Barre granite-faced rear addition and a new elevator to the existing Barre Opera House. Roland was also proud to have been chosen to be the designer and builder for the original and new Howard’s Market in South Barre.

In 1975, Roland’s son, Michael, joined his father in the business and, in 1987, they expanded into their new facilities on the East Barre Road. In 2012, they were happy to celebrate 50 years in the construction business. In 2014, Michael’s son, Eric, joined the company to continue the family business.

Roland was a Board Member of the former Barre Chamber of Commerce, the Granite Mutual Insurance Company for over 20 years, a member of the Mutuo Soccorso Club, Barre Elks Lodge #1535, the American Legion Post #10, a member of St. Monica’s Church, and was on its Pastoral Council and committees.

One of Roland’s hobbies was photography. In 1989, he began taking photos of over 50 of the best monuments in Hope Cemetery so he could get ideas of how to design his own monument. He eventually asked his old friend and architect, Donald McKnight, to design his monument which is now in Hope Cemetery. Roland continued to take pictures in Hope Cemetery and other cemeteries which led to more photos and research in the granite industry and quarries. In 2012, the Times Argus newspaper became interested in his photo album and, after an interview with him and a front page picture with details of his life, they asked him to publish his color photo album entitled, “The Birth of a Barre Granite Monument”.

Roland’s favorite sports included deer hunting with his friends on weekends, waterskiing, snowmobiling, and snow skiing with his family.

After being widowed, Roland married Rollande “Ronnie” Messier in St. Monica’s Church in 1993. He then retired and he and Ronnie spent six months of the year in Florida during the winter for 26 years. They returned to Barre for the summers where Roland enjoyed playing golf and managed to get three holes in one.

A Mass of Christian Burial to honor and celebrate Roland’s life will be held at St. Monica’s Catholic Church on Friday, December 3, 2021, at 10:00 a.m., followed by burial at Hope Cemetery in Barre. The family requests that anyone who would like to join us, please wear a mask.

Arrangements are in the care of the Pruneau-Polli Funeral Home, 58 Summer Street, Barre, Vermont. 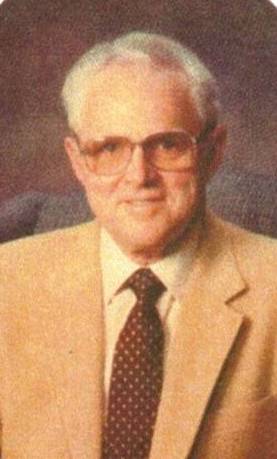 A Mass of Christian Burial to honor and celebrate Roland’s life will be held at St. Monica’s Catholic Church on Friday, December 3, 2021, at 10:00 a.m., followed by burial at Hope Cemetery in Barre. The family requests that anyone who would like to join us, please wear a mask.