Robert (Bob) Fiorenza passed away on Saturday, November 5, 2022. He had a full life and continued to live actively in the face of Parkinson's disease up until his final days.  When he died, he was surrounded by his wife, his four children, their spouses and all nine of his grandchildren.

Our husband, father, father-in-law and grandfather lead a fascinating and blessed life.

Bob was born and raised in the Bronx, New York, the single son of George N. and T. Katherine (Armeny) Fiorenza. Both of his parents had professional careers, so he spent his summers at his maternal grandmother’s house on Candlewood Lake, Connecticut under the care of his grandmother and Aunt Marie. He spent long summers swimming, waterskiing, fixing boat engines and taking care of his pet ducks, Jennifer and Gertrude.  When he was five years old, he met his future wife, Ann Belanger, who lived nearby. He attended All Hallows School, Bronx, NY, and Xavier High School, Manhattan, NY. He excelled academically in things he thought were important, like math, and did not excel in “unimportant things”, like Latin.

From an early age, Bob displayed a core characteristic that guided his life. He decided for himself what was important and focused on those topics without getting too distracted by topics that the world thought were important.

At his mother’s urging, Bob applied to many top universities, but the school he really cared about was MIT. He enrolled there in 1958, studied Course VI (Electrical Engineering) and graduated in 1962. His time at MIT was focused on his studies, but he left plenty of room for other things that were important. He spent vast amounts of time at the MIT Sailing Pavilion on the Charles River, where he became a Bosun, the highest level of sailing proficiency, authority and responsibility. He was also active in the model railroad club. He lived in the East Campus dorm, where he met students who were making an early computer program to play chess (Alex Kotok and others). At the end of the semester, the chess programming team had extra computer time and they decided to blow it on a single game (as opposed to individual chess moves). We believe he was the first person in history to play a full game of chess against the first credible computer chess program (the Kotok-McCarthy Program).

Bob joined IBM in 1962 and worked there for 40 years, first in East Fishkill NY and later in Burlington VT. He started his career as a test engineer and made one of the first systems to test computer chips for the System 360/91 mainframe, a model that was later installed at the NASA Goddard Space Flight center. He later built a team to develop an electron-beam lithography system to replace the conventional optical lithography systems. The e-beam system was ahead of its time in the 1970s and still is ahead of its time today. He was involved in the development of the original IBM PC. A good part of his career was also focused on managing a group that designed DIMMs for IBM DRAM. He played an active and enthusiastic role in recruiting new engineers for IBM. Many of the engineers he recruited went on to have long careers as engineers or managers in the semiconductor industry, even advancing to the CEO level. For more than 20 years he made an annual trip to MIT to recruit students for the VI-A internship program, many of whom came to Vermont for the summer.

Bob was dedicated to his job, but he didn’t let this interfere with what he knew was also important: flying airplanes, fixing airplanes, snow skiing and waterskiing. He pursued these activities with a zeal that is only seen in true believers in a cause. In 1975, he moved to Burlington, VT as the perfect place to focus on these important activities of life.

He was an avid pilot, instructor pilot and airplane owner.  He owned a single engine Piper Comanche with several partners who became his close friends.  The plane number was N1VT and he would sometimes be mistaken for the Governor. Governor Snelling tried to buy the number from him and his partners, but they declined. Much of his work with airplanes was done as a volunteer for the Vermont Civil Air Patrol. He became an FAA-certified Airframe and PowerPlant Mechanic to avoid the hassle of needing to get an inspector to inspect the CAP planes. The FAA mechanic certification is an accomplishment rarely achieved by a non-professional mechanic and he scored 100% on the written exam. As part of the CAP, he occasionally woke up in the middle of the night to join other members of the CAP to search for an airplane that had crashed in the mountains of Vermont. He saved one person’s life when a seaplane flipped over on a cold day in Malletts Bay. Seeing this from the shore, he commandeered a boat, located a drowning woman and revived her with CPR.

For 50 years he was a volunteer member of the Mad River Glen Ski Patrol. He skied virtually every weekend of every winter between about 1970 and about 2018.  He was a National Ski Patrol Senior Patroller, Senior Ski & Toboggan Instructor, Senior Outdoor Emergency Care Instructor as well as serving as the Southern Section Chief of the NSP Northern Vermont region. Eventually, he was awarded a national NSP appointment to recognize his contributions to patrolling. He also specialized in fixing the patrol’s radios.

Bob built a strong family that became central to his life. He courted his neighbor at Candlewood Lake, Ann Belanger, from the time he was five years old until they were married 24 years later on July 19, 1969. They were married at St Joseph’s Church in Brookfield, Connecticut, and set off on their honeymoon the next day. Of course, they headed straight to the airport and climbed into Bob’s plane to fly to the Virgin Islands, and then to British Columbia on a three-week trip. During the initial take-off, they could hear the radio communication between the Apollo 11 astronauts and the ground station as part of the first moon landing in history. Naturally, that mission was enabled by the IBM mainframes that Bob had helped to build.

Over the following years, Bob and Ann built their family together. They moved to Vermont and had a house built in Burlington, one block from Lake Champlain. They were blessed with five children, Paul, Jim, Monica, John and Mary. Sadly, Mary died at birth and her parents always kept her memory in their hearts. Paul, Jim, Monica and John enjoyed an incredible childhood trying to keep up with their father and his hobbies.  The home did not have a television, leaving plenty of time for other things. They skied as a family every weekend in the winter at Mad River Glen; no other activities were permitted during the winter. They enjoyed many summer days waterskiing on Lake Champlain, the Waterbury Reservoir, Lake Iroquois and Candlewood Lake, always searching for smooth water and an open slalom course. They took many trips in N1VT, all packed into the small cockpit for a week trip to Cape Hatteras, North Carolina or day trips to Nantucket, or epic flights to Disneyworld in Florida (where Bob admired the Disney engineering). The fun even had a soundtrack: ABBA, John Denver, Ann Murray and the National Weather Service were the only things worth listening to.

Bob retired in 2002 and spent his retirement doing the same hobbies: flying, fixing airplanes, skiing, and waterskiing. The children eventually grew up and moved away, some near and some far. However, a yearly vacation continued, to Cape Hatteras or to Candlewood, and the kids often met him to ski or to water ski. Soon the grandchildren started showing up, eventually nine in all including two boys and seven girls. He enthusiastically shared his passions with his grandchildren and they are well on their way to becoming excellent skiers and waterskiers (or wake surfers), and engineers. One of the highlights of his retirement was the month-long trip that Ann and Bob took in their own airplane from Burlington to Alaska and back. Bob’s Parkinson’s slowed him down somewhat, but he focused on managing the disease with the same zeal as if it was another hobby, and he enjoyed his life until the end.

Bob was a man of strong faith throughout his life. He was a committed member of the Catholic Church. He was a parishioner at Christ the King Parish, in Burlington, VT for 50 years. He sat in the front row. He was not preachy, but he made up for this with an absolute certainty of faith. He took several trips to visit the pilgrimage site in Medjugorje, Bosnia and Herzegovina, and to the Holy Land. He got to know a number of the priests at Christ the King and in the Burlington area, including Fr. Daniel Rupp, Fr. Justin Baker and Monsignor John Mcdermott. For a year, he and Ann hosted Giang Vu, a seminarian from Vietnam. Bob taught Giang to drive and included him in the family as a son. With Giang’s encouragement, Bob joined the Saint John Vianney Council of the Knights of Columbus.

Looking back, we believe that Bob led a very successful life. What was his secret? He intuitively knew some things that maybe we can all learn from in our attempts to live well. 1) As things came into his life, he decide for himself what was important; 2) He focused on the important things without worrying too much about what other people believed he should focus on; 3) He got deeply involved with and made contributions to organizations that he believed in; 4) He had faith, he didn’t  worry about the future, he didn’t worry about the past, and he focused on the present because there were so many interesting things to do. And that made for a great life.

As we said, our husband, father, father-in-law and grandfather lead a fascinating and blessed life. He had a truly unique view of the world, he made an impact on so many people and he will be greatly, greatly missed. 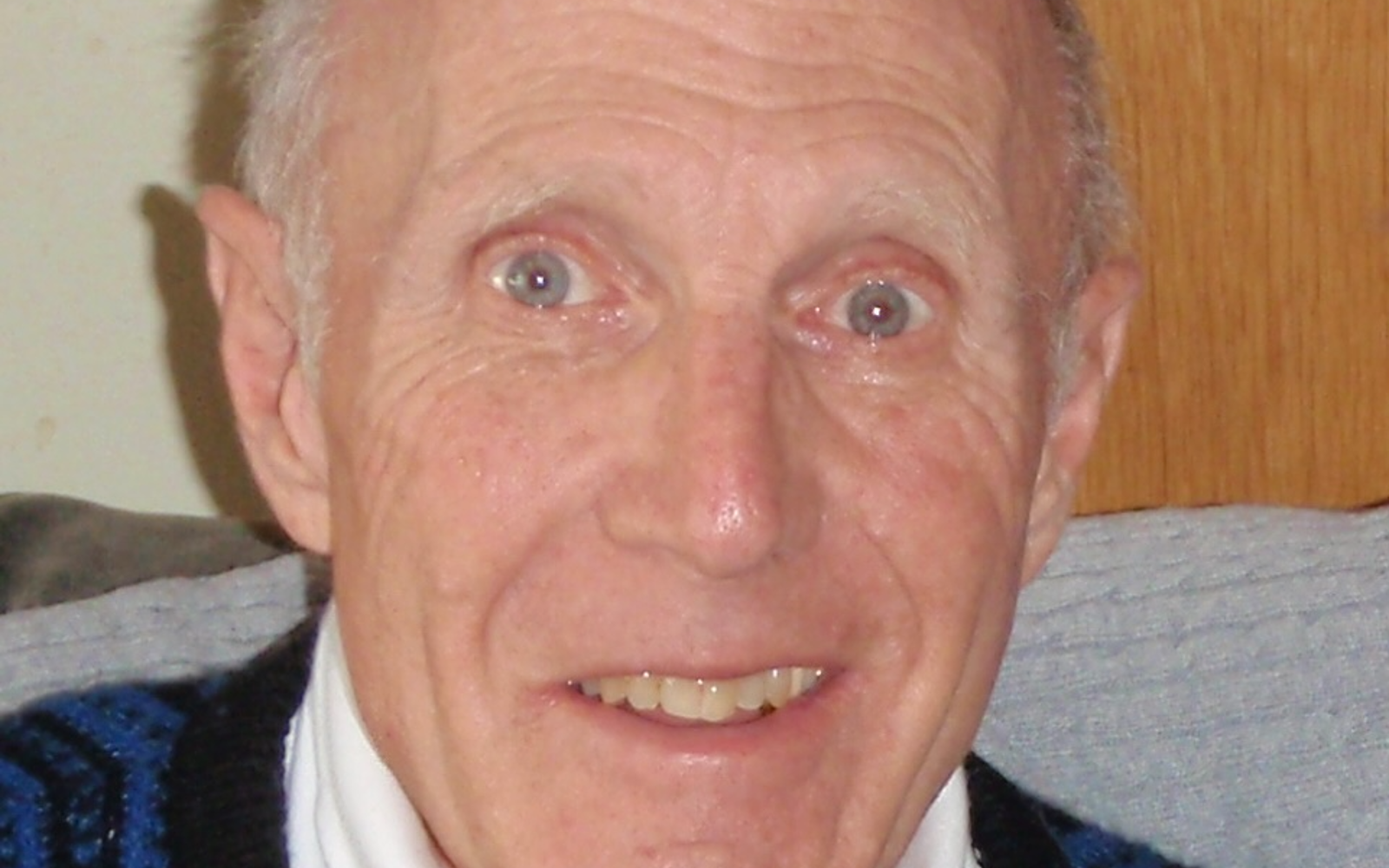