Robert E Sheridan III, 'above all, a people person'

Born in Morristown, New Jersey on August 11, 1935, Bob was the first-born son to Robert E. Sheridan II and Rosalie Averill Monahan Sheridan. He grew up on his grandmother Monahan’s dairy farm with an extended family in Mt. Fern, New Jersey, where---despite the fact that his early childhood encompassed the lean, great-depression years---he described a home filled with warmth, affectionate banter, hijinks, and a crowd around the dinner table. He lived on the farm until his high school years with his parents, four sisters, a younger brother, his paternal grandfather, two grandmothers, and the seemingly-ever-present visiting uncles and aunts.

At age 16, Bob was badly burned in a fire causing 2nd and 3rd degree burns over much of his body, nearly costing him his life, and delaying high school graduation. Very soon after enrolling in Seton Hall University, he answered a spiritual calling, entering a Carmelite seminary in Niagara Falls, Ontario. After five years, he decided that, while most aspects of the life fulfilled him, celibacy did not. He returned to Seton Hall completing a BA in history. In 1967, he received his M.Ed. in Personnel and Guidance, from Seton Hall University. During the 1960s, Bob taught high school history, elementary school, and served as a guidance counselor in New Jersey. In 1969, Bob was recruited to serve as Assistant Superintendent of Schools for Orange East Supervisory Union in Bradford, VT. During the next 30 years he served as Superintendent of Schools in Orange East and Chittenden Central Supervisory Unions, Coordinator of Extension Services at Johnson State College, where he also taught graduate courses in Education Administration, Director of Guidance and then Principal at Milton Junior-Senior High School, and guidance counselor at Bakersfield and Berkshire Elementary Schools. He retired in 1997 as Principal of Bakersfield Elementary School.

An admirable leader, Bob possessed those qualities that earned the enduring respect of students, teachers, and colleagues. Kind and generous, when things went well, he shared the credit; when mistakes were made, he graciously shouldered the blame. He delighted in praising individuals in the presence of others, and helping people actualize their talents. Bob was mentor to many. He had an entertaining sense of humor with the ability to laugh at himself.  He had a strong sense of justice, keen perception, and understanding of human behavior. Bob held himself to high moral standards and strove---each and every day---to perform ethically in all situations. He expected the same from students, staff, and superiors alike. He was courageous, took risks, and did not hesitate to speak truth to power.

Bob believed in the value of the arts in childhood development, and advocated for their funding even in times of austere budgets. In1978, he received the Vermont Council on the Arts “Award of Merit for Distinguished Services to the Arts,” and in 1979, a “Certificate of Appreciation” from the Vermont Alliance for Arts Education. Most of all, he cherished the admiration he received from students. The Milton High School Senior Class of 1989 dedicated its yearbook to Bob with the inscription: “You are an inspiration to us and when we look back at our senior high school years, you’ll be the one we remember. Thank you for making our years something to be proud of !!”

Bob enjoyed his retirement years in the Mount Mansfield area. If Bob was not abroad visiting his wife, who was still working in Russia until 2005, he could usually be found engaged in some form of social interaction. It might simply be smiling and chatting with neighbors as he walked one of his adored Scottish Deerhounds, or helping friends remove ice dams, or wielding a pruning saw to save an injured maple tree. Although he had many intellectual pursuits---reading about the cosmos or trying to comprehend Steven Hawking or Einstein’s theories---he was rarely at home for long unless he was executing one of his massive landscaping projects or entertaining friends. He delighted in treating friends at local restaurants, never forgetting to compliment the chef or leave a large tip.

Above all, Bob was a “people person.” With child-like innocence, he simply loved people---old/young, rich/poor---it mattered not. He always had good wishes or a sincere compliment for acquaintances and strangers alike. Bob was loved in return and will be missed by many. 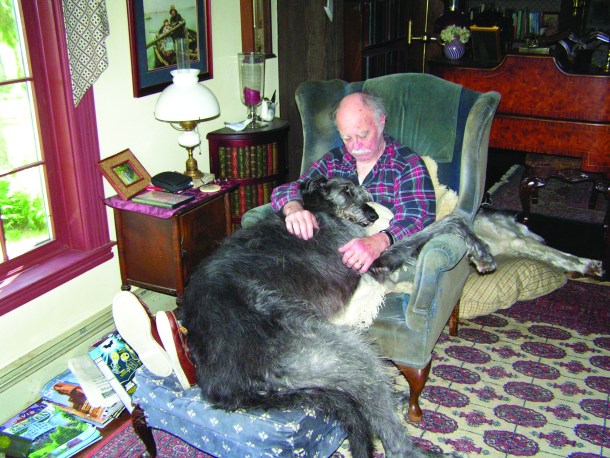 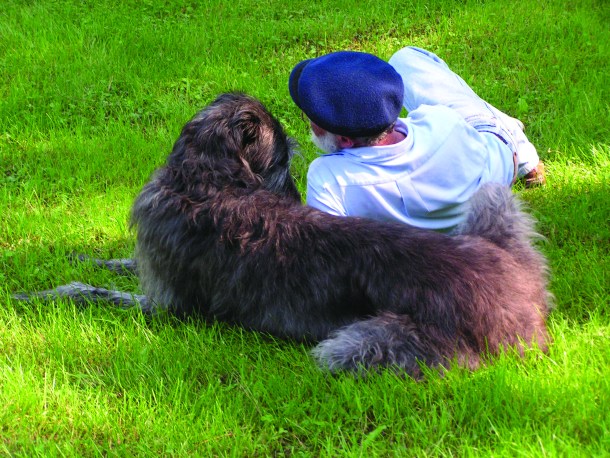 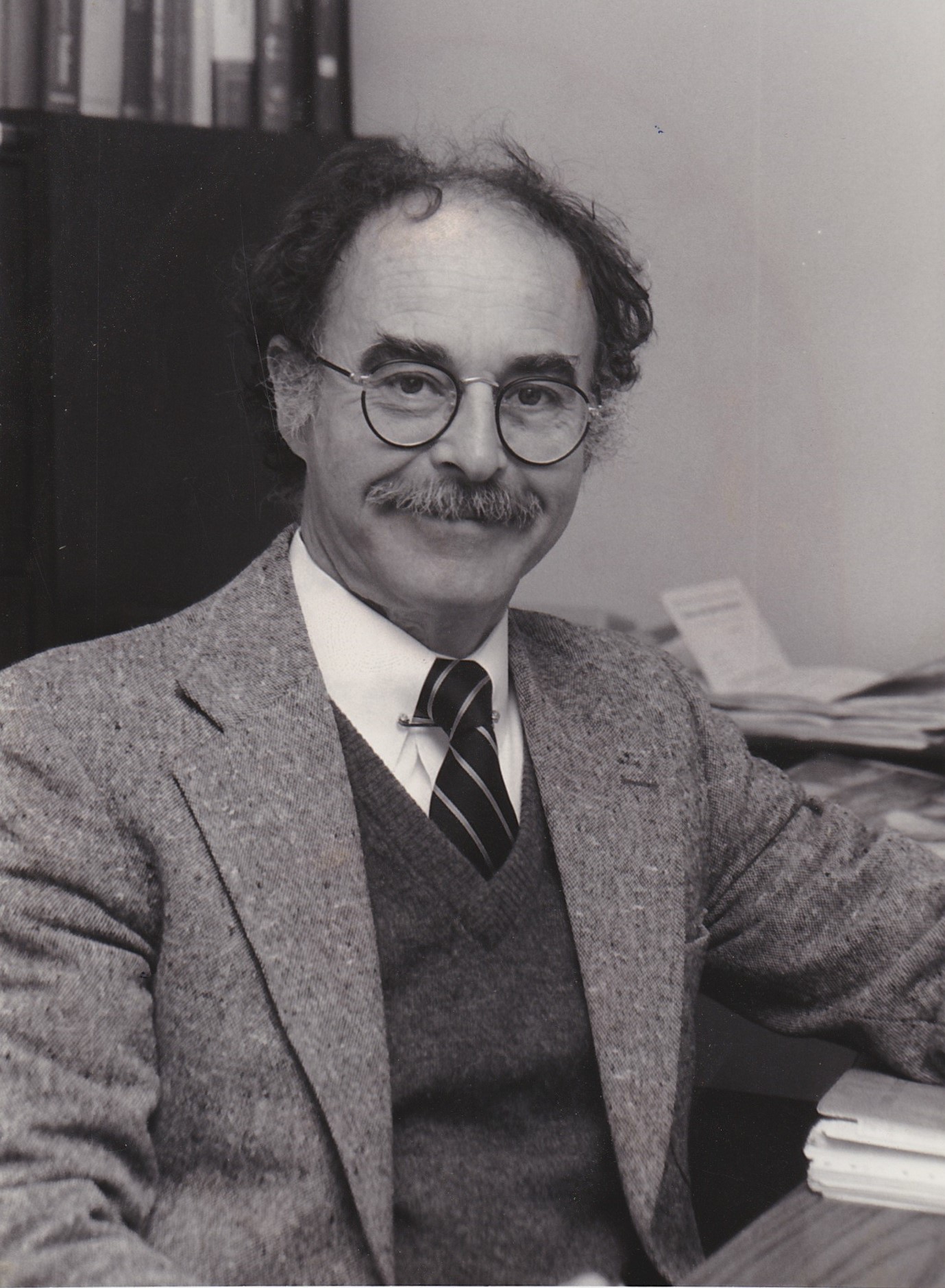 His wife would like to thank his caregiver, Monica Morano, for the loving care she provided Bob, throughout his illness. Doreen would also like to express her gratitude to the devoted family of caregivers at Birchwood Terrace for the joy and comfort given Bob during the past seven months. Donations in Bob’s memory may be made to Birchwood Terrace Residents’ Activities Fund at 43 Starr Farm Road, Burlington, VT 05401. Friends and family will be invited to share memories at a celebration of Bob’s life to be announced at a later date. Condolences may also be sent to Lavignefuneralhome.com, where an expanded obituary is posted.