R. Allan Paul passed away peacefully at home on January 3, 2022, having lived a life full of love, law, and golf. Allan was born on August 18, 1931, in Albany, N.Y., the son of James A. and Celia R. Paul. He graduated from Albany High School in 1949. While Albany was his place of birth, Burlington and Vermont were his home.

Allan made his way to the University of Vermont, where he was a member of the Phi Sigma Delta fraternity and received a Bachelor of Arts in political science in 1953. While at UVM, Allan met the love of his life, his college sweetheart Elsie Epstein, who would become his wife. Elsie graduated from UVM a year later, in 1954, and joined him in New York City, where Allan attended and graduated from Columbia Law School in 1956.

The day after graduating from law school, Allan returned to Vermont for his first job as a lawyer with A. Pearly Feen. Building a career founded on his love of the law and a strong desire to provide for his then-young family, he went on to fulfill one of his many professional goals by starting his own legal practice. In 1968, he, along with Joseph Frank and Peter Collins, formed Paul Frank and Collins. Allan served as its founding president for the first 26 years of its now 53 year history.

Throughout Allan’s life, he served his community and state, giving of his time and energy to public service and improving the legal profession to attract lawyers to the state. In 1965, Allan was elected to the Burlington Board of Alderman, representing what is now Ward 6. He was active in the Burlington Rotary, serving as its president, the Lake Champlain Chamber of Commerce and the Vermont Business Roundtable; and he was a director and board chair of the Greater Burlington Industrial Corporation, receiving that organization’s highest honor for his work in bringing science and math education initiatives to local schools.

Public service extended to Allan’s love and commitment to the synagogue where he and Elsie were married, and his three daughters were bat mitzvot and married. He was president of Ohavi Zedek Synagogue in the early 1970s.

One of Allan’s greatest honors was serving on the board of trustees of his alma mater, the University of Vermont. He served as a member of the board, including two years as board chair.

He was a director of the Howard Bank for many years and served as board chair. The Howard Bank later became Banknorth Group, Inc. and then TD Bank.

Allan was recognized for his service to the state and honored as the Vermont Chamber of Commerce Citizen of the Year in 2006.

A golfer from the time he was in high school, Allan loved the game and played at the Burlington Country Club as one of its longest-serving members, as well as in Florida for the nearly 20 years he and Elsie spent their winters there.

Above all else, Allan loved his family. He enjoyed his daughters’ countless dance recitals, gymnastic and swim meets, and musical performances and felt truly blessed to have eight grandchildren and four great-grandchildren.

Allan lived life to its fullest, and his family is grateful for the many years we had his love, wisdom and guidance in our lives, memories and life lessons that will inspire and comfort us always. We are also grateful to Betsy McGee, Jamie Broomfield, Devin Kingsbury, Janice Lawrence, Silverleaf Home Care, Louise Brown, Mary Miller, and Lina Sardella who were his caregivers in the last few weeks of his life. Their devotion to his care made it possible for Allan to remain at home, surrounded by his family. 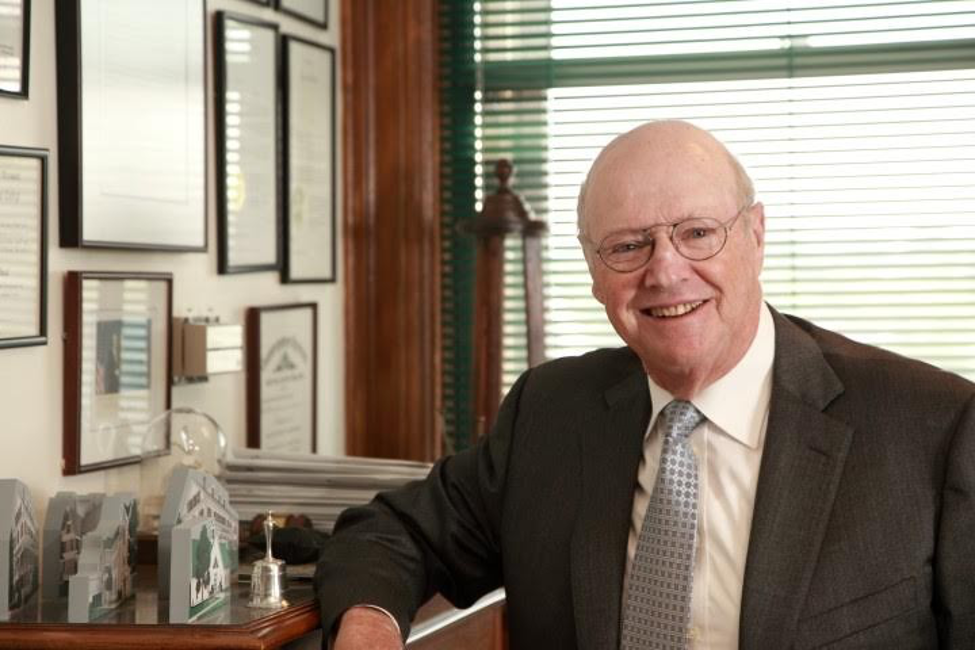 Funeral services were held via Zoom at 11 a.m. on Wednesday, January 5, at the Ohavi Zedek Synagogue in Burlington. There was a graveside service immediately following at the Hebrew Holy Society Cemetery on Patchen Road in South Burlington.