Philip (Peter) Peltz, 76, died Sunday, October 16, 2022 at his home in Woodbury, Vermont after a long struggle with prostate cancer. Peter was a Vermont state legislator, a committed civic leader, an advocate for children and education, and a champion for Vermont and its natural environment.

His family was at his side throughout the illness and at his final moment. He was surrounded by his beloved wife of 49 years, Cacky; his daughter Aysha and son-in-law Todd and their children, Ellis and Maeve; and his son Alex and daughter-in-law Ann and their children, Calder and Lyla. His family carried out his wishes for a home burial on Wednesday, October 19, 2022 on his cherished Woodbury property, attended by close friends and family. He leaves behind his wife, his two children, four grandchildren, his sister Shawnee Unger, her children Tess and Katy, his closest cousins John and Phil Kerr and a close community of friends who loved him.

Peter was born in Albany, New York on April 21, 1946 to Philip (Peter) Peltz and Elizabeth Hooper Peltz. He was raised in Sandwich, Massachusetts, graduated from the Wooster School in Connecticut, and received a BFA from the Museum School of Fine Arts at Tufts University. Peter realized early that his formal education didn't motivate him as much as working with his hands. He held many jobs prior to coming to Vermont: apple picker, frozen fish processor, cab-driver, maraschino cherry maker, boat builder, flower vendor at Faneuil Hall in Boston, and photography teacher with inner-city children.

Peter was a carpenter by trade and a person who was loving, strong, dependable, determined, endlessly curious, a problem solver, and a "bridge builder". He got involved early in local civic service in Woodbury. He served as lister, a volunteer on the Woodbury Fire Department, a Justice of the Peace, and as a Woodbury Select Board member. He ran his own contracting business for many years before becoming a founding partner of Vermont Vernacular Design, a design-build construction company. Following his retirement from this firm in 2003, he built several energy efficient, low-impact homes.

Peter supported a wide range of local improvement projects with expertise, enthusiasm, and a can-do spirit. He coordinated the voluntary construction of the Woodbury Community Room, adjacent to the Woodbury Community Library. He helped advise the Elementary School in their purchase of land to expand the trail network and outdoor learning space. Most recently, he served on the planning committee for an outdoor classroom which will be built on this property. He coordinated the construction of the Woodbury Food shelf using volunteer student labor from the Green Mountain Technical Center (GMTCC) building program. He was on the construction team for GMTCC’s renovation and new Forestry Building project. Peter encouraged teachers, administrators and students in all these capacities, which led him to enroll in the Vermont Leadership program of the Snelling Center for Government, graduating in 2004.

He became a fierce advocate for public education while serving on the Woodbury Elementary School Board in the 1980s. He continued as a Hazen Union School Board member, as well as the Green Mountain Technical Career Center Advisory Board. His public career culminated in four consecutive terms (2006-2015) as a representative to the Vermont State Legislature, where he was a member of the Education Committee. He was extremely proud of his work on the Education Committee and advocated tirelessly for the passage of Act 46. In 2008, Peter was elected by his legislative colleagues to serve on the Vermont State Colleges Board of Trustees. Peter was recognized for having been a tireless advocate for flexible learning pathways for students, twice championing legislation supporting dual enrollment in college for high school students.

Peter’s love for the property around his Woodbury home showed through his dedication to the well-being of the land and natural habitat. He maintained a working landscape through yearly firewood harvesting, logging road maintenance, and hunting. He was an advocate for land conservation and early on put his property into Land Use Practice and later into the Vermont Land Trust. He and Cacky maintained a productive vegetable garden which provided winter storage crops for his family and neighbors.  He tended his flower gardens through the spring of 2022 and directed the harvesting of his last potato crop from a chair next to the rows in late September.  He was an avid birder and his last journal entry was, "Jays herald the beginning of the day, guardians of our shared space."

His love of Vermont, its institutions, land, and people drove Peter to action on their behalf. We are better served thanks to friend, neighbor, Vermonter, Peter Peltz.

A scholarship in Peter’s name will be set up for a graduate of Hazen Union High School furthering their education in conservation/environmental studies. Contributions can be sent to Cacky Peltz, P.O. Box 41, Woodbury, Vermont 05681.

He leaves behind his wife, his two children, four grandchildren, his sister Shawnee Unger, her children Tess and Katy, his closest cousins John and Phil Kerr and a close community of friends who loved him. 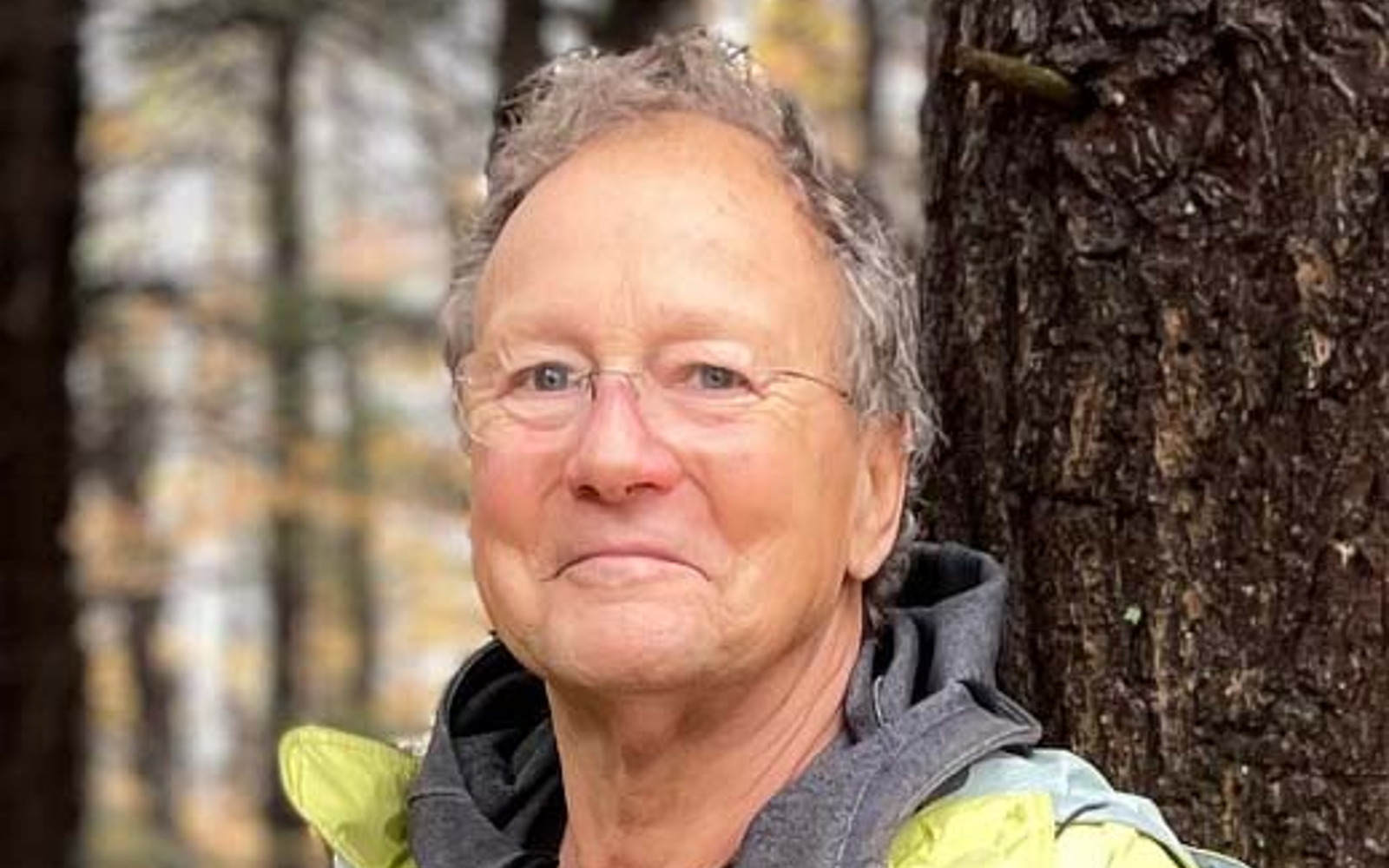 His family carried out his wishes for a home burial on Wednesday, October 19, 2022 on his cherished Woodbury property, attended by close friends and family.