BURLINGTON – Margaret M. Guthrie, 86, passed away on Saturday, December 12, 2020, at Elderwood in Burlington, peacefully and prematurely after her battle with Covid-19. She was born on March 15, 1934, in Swanton.  She was the daughter of the late Dora (Miclette) and Amedee Paul Maille and spent many years on the family farms.

Margaret met her husband, Terry, while working at McGregor’s Pharmacy in Burlington.  He walked in, saw her, and it was love at first sight!  He turned to his friend and told him that was the girl he was going to marry!  They were married on January 9, 1954 at St. Luke Catholic Church in Fairfax, VT.  They shared 45 years together. Terry predeceased her on October 4, 1999.

Soon after marrying, she and Terry started their family, sharing two daughters, Debbra and Diann. They travelled around the United States, and even lived in England during Terry’s 20 years of service in the U.S. Air Force.  Margaret and Terry made many friends throughout this time, whom they visited in retirement.

Margaret dedicated time to others, volunteering at the Fanny Allen Hospital in Colchester. Margaret was fluent in both French and English, which helped her make connections and assist people. She was a fabulous cook; she baked the best ham anyone had ever tasted, her mashed potatoes were unparalleled, but she also had an unhealthy love of jello molds with fruit in them! She never understood the purpose of selfies but would go along with them to make her grandchildren happy. She loved to laugh and enjoyed many fun adventures when her grandchildren were young.

Margaret played a mean game of Spades, was quite adroit at dominos, and taught her grandchildren well!  She enjoyed country music, and we share many happy memories listening to CMT while playing games with her. Margret was a musician herself, playing beautifully on the guitar. She was also a skilled crafter, with an unparalleled sewing ability that allowed her to tailor any outfit; she was always well dressed and spiffy looking!  She knit and crocheted, making many sweaters and blankets for her loved ones and drives at churches through the years. Her artistry really shined in the painting that she showcased through her love of ceramics. Being gifted a piece of her art was a sign of her love and regard. One never forgot the beauty of the Blue Boy and Pinkie statues that were displayed in her homes through the years.  She was an avid collector of ceramics and figurines, and especially liked angels.

Margaret had an affinity for animals, and they for her. She raised and trained German Shepherd dogs, and owned many cats through the years, including the tolerant Sassy, who was unintentionally tormented by her granddaughter Elizabeth in her younger years, and is survived by Minou, whom she loved to spoil with many toys that could be found strewn across her living room.

Margaret is survived by her daughter, Diann (Guthrie) Bean and her husband Steven of Georgia, VT and her son-in-law Robert Thibault of Burlington.  She leaves behind beloved grandchildren and great-grandchildren: Angel (Thibault) Curtis and her husband Gerald of Burlington, their sons Gerald II and Phillip; Elizabeth Thibault and her husband Mark Yantachka of Westport, CT, their children Guthrie and Wynn; David Bean of Barre, his children Reanna Roy, Keegan, Layla, Riley, Kyle, and Charlotte; Matthew Bean and his wife Samantha Fried Bean of Essex Jct.  She is also survived by many nieces, nephews, cousins, and friends.

She was a parishioner of Immaculate Heart of Mary in Williston.

Due to the pandemic, a Mass of Christian Burial and interment at Holy Family Cemetery in Essex Jct. will be celebrated at a later date.

In lieu of flowers, memorial contributions can be made in her name to St. Jude Children’s Research Hospital. 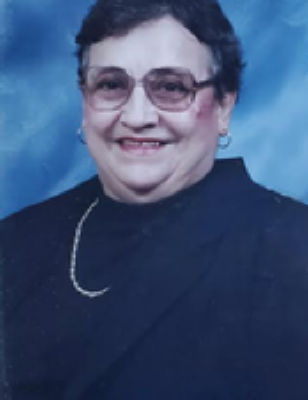 Due to the pandemic, a Mass of Christian Burial and interment at Holy Family Cemetery in Essex Jct. will be celebrated at a later date.