During her tenure with the State of Vermont, Margaret received many awards & accolades, including Social Worker of the Year. She was  instrumental in creating a program called OUR House of Central Vermont, whose mission is to support children who have been abused. Margaret continued to support OUR House until her passing.

Margaret retired from state service in 2010 & moved to Asheville, North Carolina, with her longtime partner & love of her life, Don Mandelkorn, where they started a business, Green Mountain Maple, selling Vermont Maple Syrup throughout the Southeast. 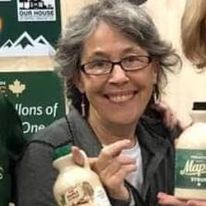 There will be a private graveside service in Middlesex later this summer as well as a celebration of Margaret’s life Friday, July 29, 2022 at 500 pm at the Barre Elks Lodge.