Family and friends mourn the loss of Lou Cherry, 83, a former resident of Calais, Vt., who died on April 4, 2021, of pancreatic cancer in Asheville, N.C. Born in 1937 in New York City to Hungarian immigrants, Lou treasured his heritage, particularly its culinary traditions. Along with his service in the National Guard as a cook, he also relished cooking vast quantities of paprikash and goulash for his family and friends. While a student at Earlham College, Lou studied in Mexico and became fluent in Spanish. He earned his master’s from Rutgers University and had a long career as a social worker at Pilgrim Psychiatric Center on Long Island, New York. Lou was also an assistant professor at Stony Brook’s School of Social Welfare.

After some years of personal struggle, Lou relocated to Vermont, where he reunited with his long-lost sister, Eleanor Kokar Ott of Calais, a connection that enriched both their lives immensely. He was a committed member of the Unitarian Church both on Long Island and in Montpelier, Vermont. With his quiet sense of purpose and wry sense of humor, Lou quickly found productive ways to engage with the Central Vermont community and beyond. He had an infectious laugh deeply enjoyed by the community. Lou volunteered as the administrative director of ProPapa Missions America, which helps the poor in Honduras, served as the office manager for FoodWorks, the former Montpelier nonprofit, and was active in the Central Vermont Refugee Action Network. He is fondly remembered by the Adamant Co-op community for his enthusiastic participation in their summer cookouts and for the many hamburgers he flipped and chicken pot pies he helped produce.

In 2017 Lou completed a week of solo camping and fasting sponsored by the Central Vermont Community Quest—Men’s Circle. As the oldest man to complete the quest, he later coached younger participants, sharing deep wisdom gained from a rich and productive life.

In addition to his sister Eleanor, Lou is survived by his wife Arlene of Asheville, his daughter Catherine (Louis) DiGiulio of Smithtown, N.Y, his son Eric (Linda Rose) of Mansfield, Mass., his sister Julia Davie of Buckhead, Ga., and three grandchildren: Jennifer (Jon) Calabria, Nicholas DiGiulio, and Lisa DiGiulio. 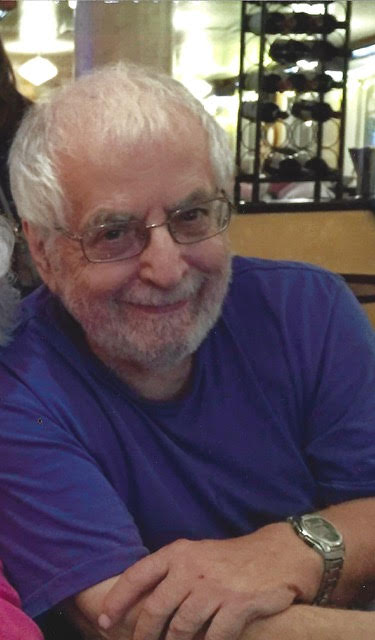 A memorial service is being planned for early summer. Honoring his lifelong generosity, the Lou Cherry Starr Island Fund will provide a summer camp scholarship for a deserving child. Checks to the fund in memory of Lou may be written to the Unitarian Church of Montpelier, 130 Main Street, Montpelier, VT 05602. Please specify that your contribution is for the Lou Cherry Starr Island Fund.