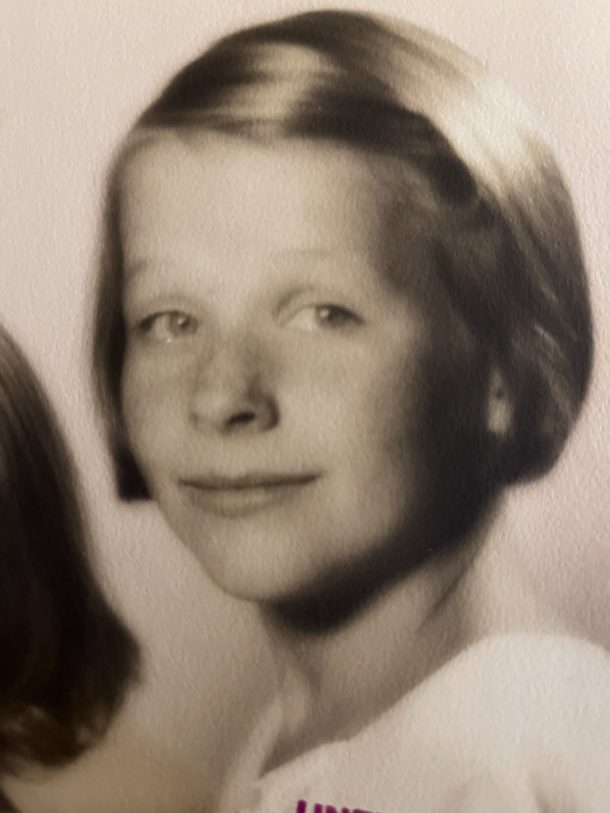 Karkilie “Lee” Withington Atkins left her earthly role as Matriarch of an extensive family just as the sun came up on July 21, 2022. Born at home in Brookline, Massachusetts on Oct. 21, 1923, the middle of 9 children to Lothrop and Katharyn (Whipple) Withington, she was just three months shy of her 99th birthday. She is survived by three of her siblings, Anne (Benjamin) Brewster, Paul Withington, and Nathan Withington, all of Plymouth, MA.

Lee had a spirited childhood split between Brookline and Plymouth, and having two significantly younger siblings developed a lifelong interest in early childhood education.

She was a student/teacher at Ruggles Street School (The Nursery Training School of Boston), one of the first nursery schools in the country and a pioneer of early childhood education. She went on to teach at The Chestnut Hill School.

A war bride, she married Henry Hornblower Atkins on June 13, 1944, shortly before Henry went overseas to serve in WWII. They had a remarkable partnership for 57 years until he predeceased her in 2001. Their first child, Dr. Henry “Toby” (Alice Evans) Atkins II was born while Henry was overseas. After the war, Henry finished up his studies at Yale and they relocated to Geneva, Switzerland, where Henry became Chief of Staff to the President of the Centre D’Etudes Industrielles, a business school training managers for postwar reconstruction. Here, their next two children, Chester Atkins (Jessica Stern) and Timothy (Nancy Whitestone) Atkins, were born. Lee navigated being a young mother while learning a new language in a new country.

In 1951, they moved to Montreal, Canada, where they again embraced life in a new country. Henry began a career at Alcan/Canada; Lee developed a keen interest in Canadian art, promoting and collecting early works by Indigenous Canadian artists and the post WW2 school of Quebec artists and secured a curling championship.

In 1958, at Lee’s urging, Henry changed careers, moving back to Massachusetts, where Henry obtained a Masters in Education at Harvard and began working in the Newton public school system. In 1959, their youngest child, Rebecca “Becky” (David) Shepherd was born. In addition to her growing family, Lee oversaw a burgeoning menagerie of animals and children’s friends; as one friend summed up, “she was always welcoming, kind, incredibly generous and caring to all of us her children brought home, and there were so many of us who loved and admired her”. During this time Lee served on the Board of Boys and Girls Camps serving under-resourced youth.

In 1970, the family moved to Plymouth, MA, where Lee created four small businesses: the Dusty Miller and Snow Goose gift shops, the Clock Shop, and Jenny Grist Mill. In 1989, Lee and Henry retired to Brunswick, Maine, where they became involved in the creation of Wild Oats Bakery & Cafe, their daughter Becky’s vision.

Lee had a vast definition of family and a compassionate and generous spirit that garnered the affection of many. She instilled in her children a calling to contribute to the world in a way that helped make it a better place for all, having a ripple effect as captured by a family friend, “your parents were both incredible human beings who left an impact on this earth and on many of us who still walk on it” Her extraordinary attitude and vibrant smile while living her final chapter during the pandemic made her a social media sensation that was a source of inspiration and comfort for many. Her family is deeply grateful for the compassionate and loving care she received at Horizons Living and Rehab Center.

She leaves behind her seven children, their spouses, former spouses (Cory Hobbs [Chester] Atkins, Heidi Rankin [Daniel],  20 grandchildren, and 33 great grandchildren. In the words of one grandchild, “She was so many wonderful things to so many different people, and has left a gaping hole in my soul. But most of all, she’s left me with a profound love for our enormous, boisterous family that she and my grandfather spent their lives weaving together. And in that, she’ll live forever.”

In lieu of flowers, donations to Brunswick-Topsham Land Trust or Kennebec Estuary Land Trust are welcomed. 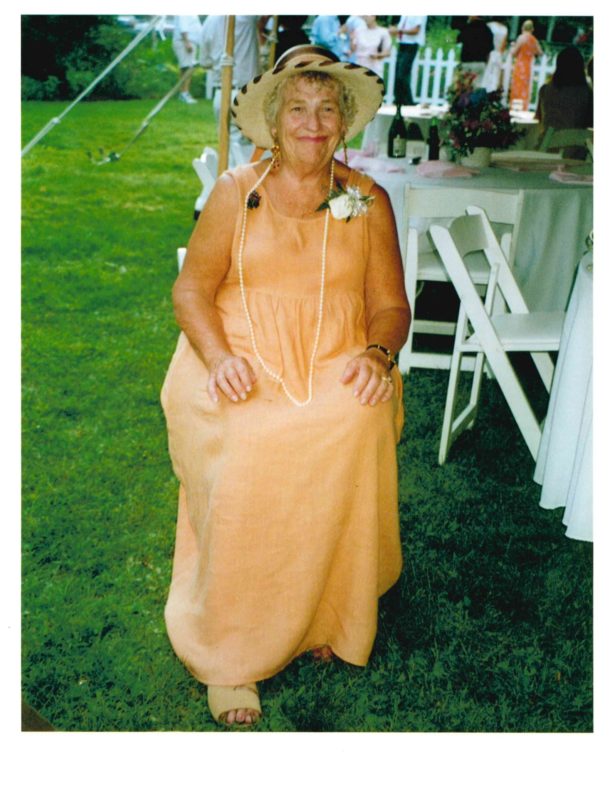 She is survived by three of her siblings, Anne (Benjamin) Brewster, Paul Withington, and Nathan Withington, all of Plymouth, MA. 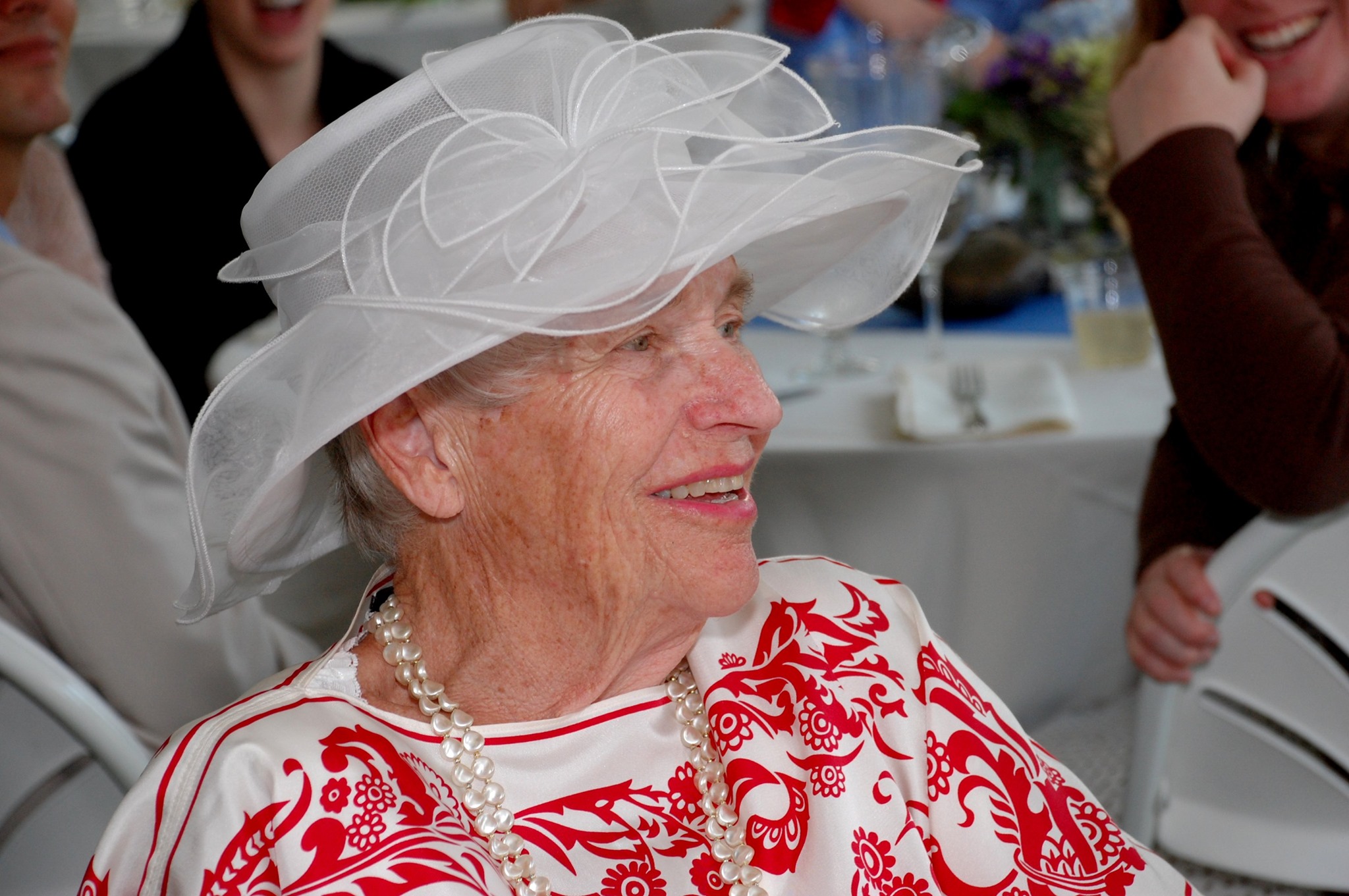 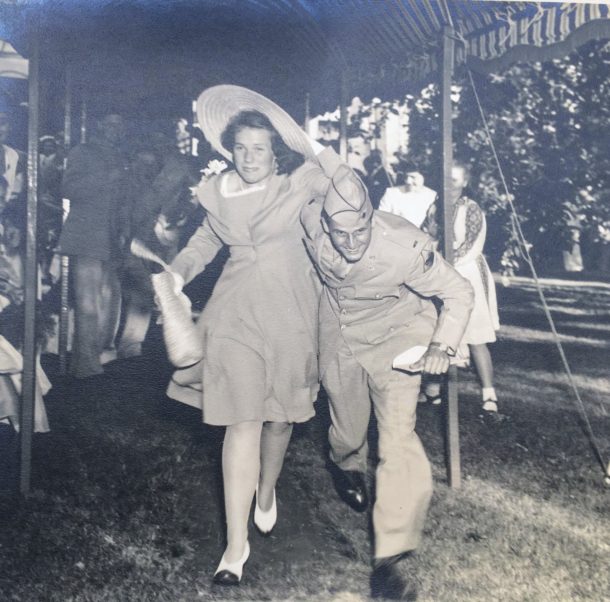 In lieu of flowers, donations to Brunswick-Topsham Land Trust or Kennebec Estuary Land Trust are welcomed.