Jay Herbert Karpin, aged 98, died Monday, September 12, 2022 at The Bradley House in Brattleboro, Vermont. Born on June 23, 1924 in Bronx, NY, Jay was the son and eldest child of David J. Karpin and Sophia B. (Weiner) Karpin. He was the husband of Florence Baker Karpin whom he met by chance while on military leave, both out for celebratory dinners, each with their respective families. They were married on April 5, 1947 in Massapequa Park, New York and enjoyed 67 years of marriage, up until Florence’s death in 2014.

Jay graduated from Hicksville High School in Hicksville, NY on his 18th birthday in 1942, the day before he enlisted in the U.S. Army Air Corps. He served in WWII as a distinguished bombardier navigator from 1944-45 and flew more than 35 combat missions, plus numerous sorties, 12 missions in the B-24 Liberator and 23 missions in the B-17 Flying Fortress, all with 100% bombing accuracy. At age 19, Jay’s very first combat mission was aboard one of the first crews over Omaha Beach on June 6 during the D-Day invasion. He was assigned to the 493rd Bomb Group of the 8th Air Force. Jay achieved the rank of First Lieutenant. He would go on to train new bombardiers on the B-29. For his war service, the U.S. Government awarded Jay the Distinguished Flying Cross, the Air Medal with 4 oak leaf clusters, the European-African-Middle Eastern Campaign Medal with 4 service stars, a Presidential Group Citation from Franklin D. Roosevelt and a personal citation from General Jimmy Doolittle. In 2016, at the age of 91, Jay was awarded the French Legion of Honor, the highest award given to a non-citizen of France, for his part in the liberation, and he received a Resolution by the Vermont House of Representatives, congratulating him on his appointment as a Chevalier (Knight). He was honored to be featured in the U.S. Air Force’s Veterans in Blue program at the Pentagon. In 2018, Jay also was bestowed with the Quilt of Valor by the Deerfield Valley Chapter.

After the war, Jay briefly worked with his father in the cosmetics industry, worked for Singer Sewing Machines, and did some fashion modeling. He was then employed at Republic Aviation Corporation in Farmingdale, NY, starting as an apprentice machinist and working his way up to supervisor-foreman. There he helped to develop groundbreaking in-flight refueling capabilities and vastly improved flying range for the F-84 Thunder Jet and F-105 Thunder Chief.

On a family vacation in 1957, Jay and Florence fell in love with Vermont and they moved the family to Grafton in 1958. Jay was employed by several Springfield Vermont firms in the machine tool industry and was especially proud of his co-invention of the computer disc memory drum at Bryant Grinder Company. In the mid-1960s Jay started his own company in his barn, Vermont Precision Products, where he trained 60 young machinists right out of high school. Eventually the business expanded to a new building in Bartonsville. Jay later shifted gears and worked for Ludlow Blue Seal Feed and Grain, the Horizon Inn, Holiday Inn, eventually founding and serving as Senior Safety and Environmental Health Consultant for Jay H. Karpin Associates. He was also the Director of Risk Management for Merriam Graves, Plant Engineer at Vermont Tap and Die/Vermont American, and a founding member of Vermont Safety and Health Council. In recent years he served as Co -President of Brattleboro AARP.

Jay felt a strong connection to the town of Grafton and he enjoyed being in leadership roles. Some of his many civic accomplishments included Boy Scout Leader, Selectman, and Town Health Officer. He served on the Town Planning Commission. Jay loved Memorial Day and was honored to lead the Grafton Memorial Day Parade for several decades. Even after his move to Brattleboro in 2015, he returned to lead the Grafton parade, and did so as recently as May, 2022.

Passionate about many hobbies, Jay especially loved all things aviation and flying. He first became a pilot at age 15, and enjoyed his small private Cessna during the 1970s. He took more flying lessons and renewed his pilot’s license when in his 90s. He was an avid book, magazine and newspaper reader, so much so that we would have to hide all reading materials, at times, to get his full attention! He had a passion for horses and his vegetable gardens. And we can’t forget how he liked to sing along to the tunes of Frank Sinatra.

Jay was predeceased by his wife Florence, his brother Ivan Karpin and sister Audrey (Karpin) Fishkind Golub. He is survived by his daughters Janis Broom and Jennifer Karpin, both of Brattleboro, VT and son Gary Karpin of Gilbert, AZ; grandchildren Jasmin Field Evans (Nate), Mischa Field (Lori), Gary Karpin II (Jessica), Emily Karpin, Priscilla Karpin-Crow (Nate), and great-grandchildren Paige, Elsa, Nathan, Piper, Nathaniel, Adrianna, and Parker; his special friend Barbara Spencer; as well as several nieces, nephews and cousins. Jay was dearly loved by family and his numerous friends. He was an affable man, comfortable talking to anyone, be it a famous newscaster, a state governor or another Selectman. He made friends in diners with passing strangers. He was a real life WWII Hero with enthralling stories. We will never forget his bravery, service to his country, his humor, tenacity and spirit. As he was recently quoted while reflecting on his life - “it’s been a fantastic ride.” 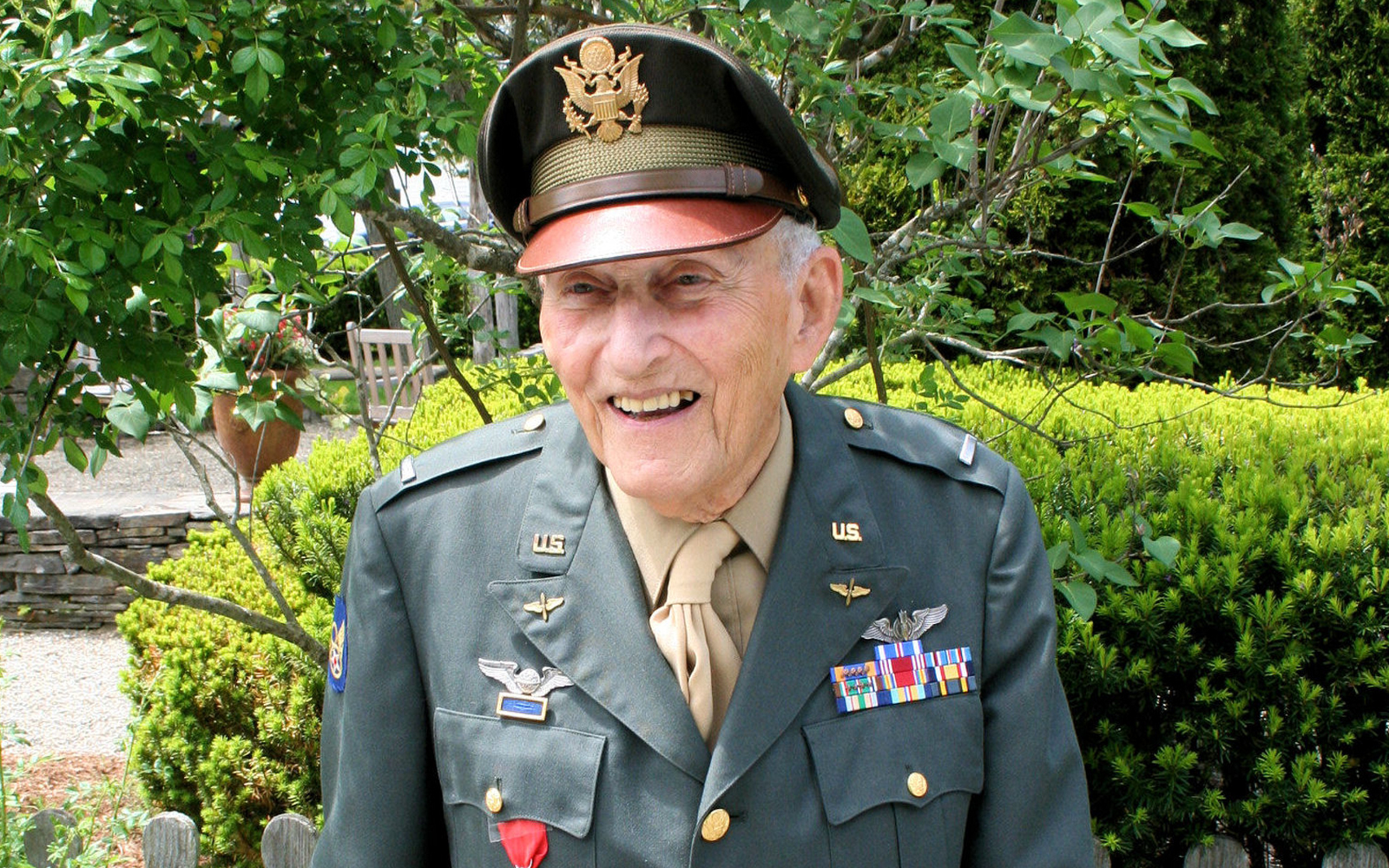 A Memorial Service is planned for Sunday, November 13 in Grafton, Vermont, beginning at 12:30 p.m. with military honors and interment of cremains at the Burgess Cemetery, Burgess Cemetery Road, off Rte. 35 north of Grafton. At 2:00 p.m. there will be a remembrance gathering at the Grafton Brick Meeting House, 2 Main Street, with a chapel reception next door, to follow. All are welcome to attend. Please allow extra time for parking near the Cemetery.