Jerusalem/South Starksboro – Irving Charles Melendy, 94, of Jerusalem (South Starksboro) passed away peacefully on March 2, 2021 after a Vermont life well-lived. Known to many as Lum, he was the son of Horace and Dorothy Melendy, born on July 7, 1926 in St. Johnsbury. He lived in Jeffersonville while his parents ran The Hotel Melendy (presently The Smuggler’s Notch Inn) until 1930. When his father, a motorcycle border patrolman, was transferred to South Burlington, Lum spent his early years outside fishing, hunting, and raising owls and pheasants. He became an excellent marksman and avid fisherman. Together Lum and his mother operated Melendy’s Boarding Kennel and raised AKC English Springer Spaniels.

Lum joined the army during WWII as soon as he turned 18. He was stationed in the Philippines and in Japan. After returning from the war, Lum began building and racing small boats on Lake Champlain which he was the winner of many first-place trophies.

He met his future wife Marylin on a pre-arranged date and was smitten with her from day one. They married November 11, 1950 at St. Paul’s Episcopal Cathedral in Burlington. They honeymooned at a cabin in Berlin, VT where he still managed to fit in some deer hunting. Although Marylin was kind-of a city girl, she took to her new life with spunk and grit. They were married 61 years until her passing in 2012. Together they raised four children, all of whom reside in Vermont.

In 1950, Lum started his own business – Melendy’s Sales and Service, selling chainsaws, snowmobiles, and lawn equipment.  He was known for his great service and was a trusted, honorable businessman. In 1959 he bought four acres of land for $100 in Jerusalem. In his “spare time,” he tore down old barns and built a camp from the salvaged hand- hewn beams with a slate roof, which is still standing strong to this day. He built and opened the family operated Mountain Meadow Campground in Lincoln in 1973 which was enjoyed by locals and out-of-staters for many years.

Lum relocated to Jerusalem in 1985. Still having his chainsaw business, he also tended his vegetable gardens, raised bees, built his own sugarhouse and cider press and kept his woodshed full for heating the house each winter. He knew where the best blueberry and blackberry patches could be found and kept the trout in the pond well fed.

Lum was a sixth-generation Vermonter and a Mayflower descendant whose first Vermont ancestor was captured and taken to Canada during the Battle of Royalton in 1780. When he later escaped, he returned to settle in Williamstown, Vermont. Lum lived through the Flood of 1927, was the son of a Vermont state trooper who chased rum-runners and lived frugally during the depression years. He was a self -taught carpenter and architect. He built post and beam structures, swing sets, garages, sheds, porches birdhouses, and even an outhouse! He surveyed his own lands, learned how to weld, and built ponds for swimming and fishing. His maple syrup won many blue ribbons at the Addison Fair. He had fond memories of his hunting trips to Canada and New York with his son Chris. He went on an honor flight to Washington, D.C. in 2016, which was a lasting memory for him. He loved to go to Maine and eat lobster and enjoy the ocean. Lum, a quiet, soft-spoken man lived his life peacefully. He loved cremees in the summer and a piece of chocolate any time. He always had time to sit, share a good story, and a good laugh. He will be truly missed by all.

Lum was predeceased by his parents, his wife Marylin, his son Matthew and his brother-in laws Luke Wells and John Hancock. He is survived by his sister Anne Hancock of Stowe and his children: David of Burlington, Cyndi Labelle (Doni) of Hinesburg, and Christopher (Clara) of Ferrisburgh.  His grandchildren: Joshua and Zachary Labelle, Adam, Ashlei, and Matthew Melendy, Patrick Clark (Wendy), Logan and Evan Ambrose and many more family members and friends. 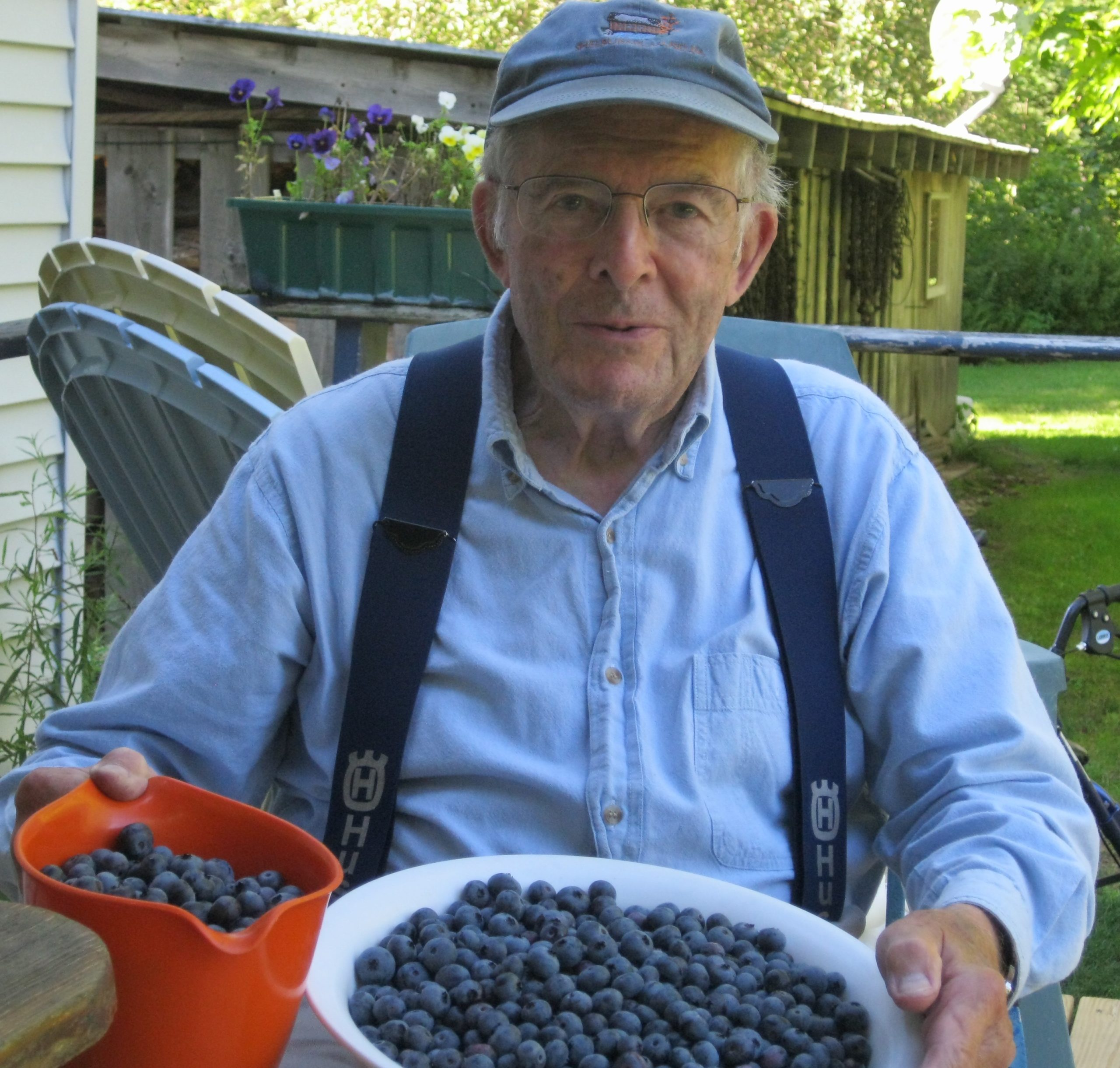 A celebration of life is planned for late spring. Contribution in Lum’s memory may be made to The Friends of Jerusalem Schoolhouse c/o Nancy Orvis, 67 Jim Dwire Road, Jerusalem, VT, 05443. Those wishing to send online condolences, please visit: www.Giffordfuneralhome.com.