Waldo Heinrichs (Jr.) was born in New York City on July 19, 1925. He was the son of Waldo Heinrichs (Sr.), and Dorothy Peterson Heinrichs. Waldo Jr. and his two sisters, Mary and Shirin, spent much of their childhood overseas in wonderful exotic locations like India, Pakistan, and Hawaii, as well as in Jerusalem. The family then moved to Middlebury, Vermont in the late 1930s, where Waldo (Sr.) taught for many years at Middlebury College. Vermont was a home and place of refuge for him throughout his life.

After graduating from Phillips Exeter Academy in 1943, Waldo (Jr.) was drafted into the Army and spent the latter part of World War 2 in the 86th Division as a combat infantry soldier in Europe. He was in the process of being transferred to the Pacific theater for the invasion of Japan when it surrendered in 1945. In addition to being a combat soldier, he was the 86th division’s internal newspaper correspondent and at the time had tremendous access to record and assess the great moment of history he was witness to and participant of.

He read other historical accounts of these days and found many of them lacking in substance. He felt a call to the difficult and time-consuming task of writing history based on primary resources, rather than using other historians’ work as a basis for his own. The war then being concluded, he went back to school at Harvard. In 1949, Waldo married the love of his life, Audrey Jean Stewart, to whom he remained married for 69 years. Now starting a family, he occupied himself first with the American Foreign Service and then in retail advertising.

At age 70, he undertook his last project, the book “Implacable Foes” which he co-authored with Marc Gallicchio, Professor of History at Villanova University. This book, his crowning achievement, published in 2017 by Oxford University Press, assessed our ability in 1944-45, both at home and abroad, to continue to wage war on a global scale. Implacable Foes then looked at the decision to use the atomic bomb on Japan that August. Again, Waldo’s use of primary sources right down to letters written home by GI Joes at the front brought vivid context and background to one of the great moments of our nation’s history. This book, 20 years in the making, is in print and now available in paperback. It is winner of the Bancroft Prize for History from Columbia University Library for exceptional works of historical scholarship in 2017.

Other exceptional books by Waldo Heinrichs Jr. are American Ambassador: Joseph C. Grew and the Development of the US Diplomatic Tradition, winner of the Allen Nevins Prize for History, published by Little Brown; Threshold of War: Franklin D. Roosevelt and American Entry to the Second World War, published by Oxford University Press, both still available. In addition, he published numerous papers and professional journal articles relating to American-Far Eastern relations. His influence on the development of numerous highly qualified historians who came after him, the development of collegial cooperation with Japanese and Asian historians for a more complete understanding of World War 2 in the Pacific and the enduring nature of his highly skilled and pain-staking approach to writing history will be his legacy for generations. 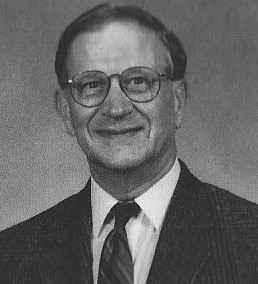 A family service will be conducted in Middlebury, VT at a later date.