Don Dickson passed away on January 16, 2021 at the Ethan Allen Residence in Burlington. He was born in Lawton, Oklahoma on March 31, 1942, where his parents, Donald Dickson, Sr. and Merlyn Dickson, were living at Fort Sill. He is survived by his wife of 48 years Judy Dickson; his children Amy, David, and Jeff Dickson; his grandson Jonah Dickson; and his siblings Peggy Higgenbotham (Nate), Georganne Lohman (Dave) and Tom Dickson.

Don grew up in East Lansing, Michigan, where he graduated from high school. After obtaining a bachelor’s degree from Michigan State (1964), he obtained a master’s degree in Southeast Asian Studies from Yale (1966) and a Ph.D. from MIT in Political Science (1975).  Prior to attending MIT, Don served in the U.S. Navy in Southeast Asia (1967-1969).

Don and Judy lived in Burlington since 1976, where they raised their family in the “Five Sisters” neighborhood, enjoying the proximity to downtown Burlington and Callahan Park.  An early environmentalist, Don never drove anywhere he could walk or bike. Don and his beloved dog Sadie explored Burlington together.

After two years teaching political science at Middlebury College, Don used his skills as a political scientist in a variety of jobs with state government and non-profit agencies, including the Vermont Legislative Council, the Vermont Department of Health, Housing Vermont and the Vermont Housing Finance Agency.  His interest in affordable housing led him to become a founding board member of the Burlington Community Land Trust, as well as a volunteer with several other organizations supporting affordable housing.

Don loved to be outdoors, and he passed his love of the mountains on to his children.  His love for hiking in the Green Mountains culminated in his hiking the Long Trail from end to end, often in the company of his children and his friends.  He was a member of the Green Mountain Club, a long-time chair of the Vermont chapter of the Sierra Club, and an enthusiastic volunteer for Keeping Track and the Northeast Wilderness Trust.

An avid photographer, Don was often seen behind the lens of a camera. He was a longstanding member of the Burlington Photo Group and always participated in its photo exhibitions.

Don enjoyed music of almost any kind and for many years was a member of the Burlington Choral Society.  At the Ethan Allen Residence he was renowned for whistling along to the music.

The family thanks the staff of Ethan Allen Residence for the wonderful care they provided and for making sure Don was outside and active.

Don’s ashes will be scattered in the mountains this summer. Contributions in his memory may be made to the Green Mountain Club, the Northeast Wilderness Trust and the Ethan Allen Residence. 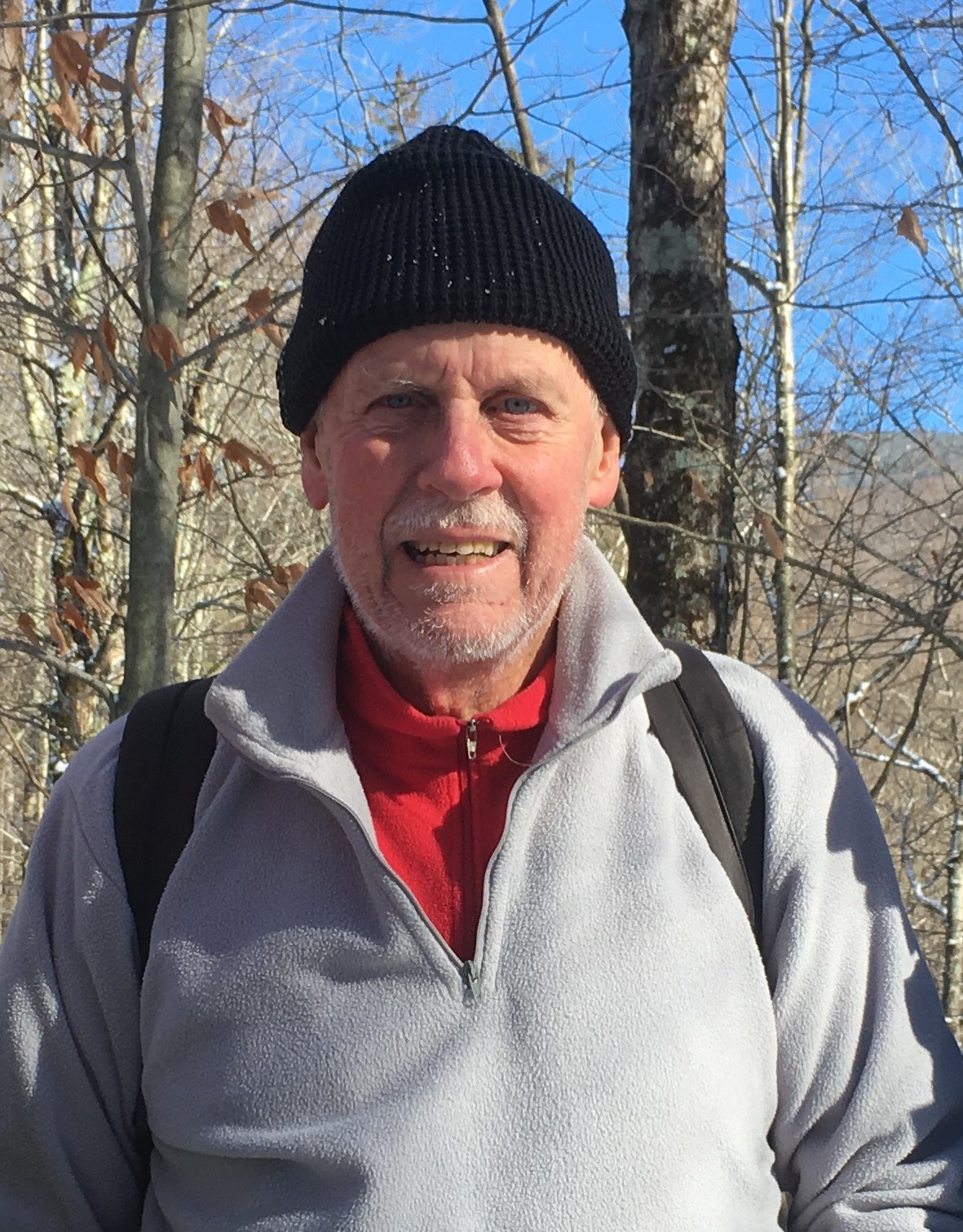 Ashes to be scattered in the mountains.