In the wee hours of Saturday morning, Jan. 16, 2021 David died in his sleep on the couch with the latest New Yorker magazine at his side. It was a total shock to all who knew him. David was the image of fitness and vitality, but his heart appeared to fail him after 75 active years. If you knew David at all, you knew him entirely because he was just as he appeared—generous, kind, enthusiastic, principled, optimistic, and loving–no pretensions and a real mensch.

The best day of his life—David stated often and emphatically—was the day he became a father. He adored his three sons, Tucker, Ethan, and Brooks Bond-Watts, and his wife, Lynne Bond—his partner and collaborator in parenting and adventure. Delighted as his family grew, David dearly loved Tucker’s wife Kristen, Brooks’ wife Diana and their two children, Katie and Misha. His niece Molly was like a daughter to him; his brother Lanny was his very best friend; his sister Linda was a dear life-long connection; Omar Granados came to be seen as an “honorary son.”  David got such joy from his family and friends, and from their families and friends. The circle was ever expanding and David ever welcoming.

David’s life is difficult to summarize because it extended in so many directions. A day on the ski slopes, camping in the woods, canoeing, and roaming the world with friends and family, especially with his sons, brought him pure delight. As David strolled through Burlington, his companions would often call him “the Mayor” because everyone seemed to know him, folks from all walks of life. David explained that what he loved best about his occupation as a lawyer was his opportunity to “learn everyone’s stories.” Nothing satisfied him more than the ability to help family, friends, and clients find ways for life to flow more justly and smoothly.

Born in Middletown CT, April 23, 1945, to Fay Bennett and Rowland Watts, David spent his childhood years in Usonia, New York, and graduated from Pleasantville High. Usonia was an unusual, experimental, collaborative community that his parents helped to shape. The commitment of Usonian community members to social justice and equity profoundly affected David’s goals, and actions throughout his life—his pursuit of a legal career as well as volunteer activities that focused on social justice, economic and housing equity, developmental disabilities rights, and family law; and his extraordinary generosity and skills in collaboration, especially supporting those with more limited resources.

A graduate of Haverford College (1967) and Antioch School of Law (1975), David established strong friendships that remained central to his adventures and soul-searching conversations throughout life. He began his legal practice at Vermont Legal Aid, acting on what he preached and believed. The majority of his law practice was shared with Stephen Blodgett, an important partner, mentor, and friend. Paul Volk subsequently joined their firm as well. David was “thinking about retiring” next December 2021 (at age 76!).

Of David’s many community and volunteer activities, perhaps most important to him was his shared leadership of “Volunteer Vermont.” In response to the racist arsons of many southern Black churches during the mid-1990’s, David helped to organize youth and adult service trips from VT to Summerton, SC for 15 years, to rebuild community centers and places of worship. He was also instrumental in founding the nonprofit, “Volunteer Vermont, LLC” to raise money for building supplies and trip expenses.

If you wish to acknowledge David in some way beyond your good thoughts, we encourage donations to the Southern Poverty Law Center, the ACLU, and to any local food shelf. Please know that David’s family deeply appreciates whatever friendship and care you brought to his life. 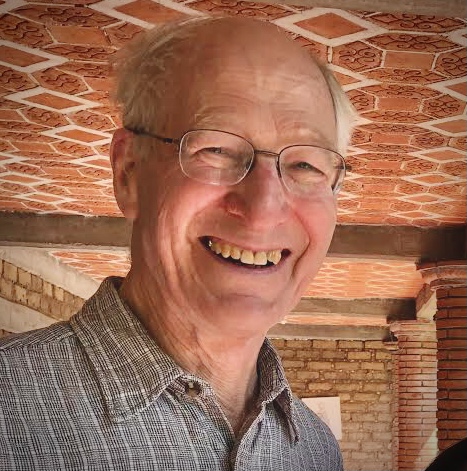 In light of the current pandemic, no formal gathering or celebration of David’s life is currently planned.