Our beloved Cher, Cheryl Ann Rinder, died of pancreatic cancer on June 6th, 2022 in the evening after a joy-filled year of living each day to the fullest and spreading gratitude far and wide. While her passing was much too soon, Cher, a selfless giver of love, would rather we bask in the love she was able to share with us so generously than mourn her passing.

Cher was born to Leanore (nee Bergen) and Reginald Rinder in Rockville Centre, NY, on March 7th, 1950.  In 1953 the family moved to Panama, where Cheryl became the middle child of five, as a little sister and brother were added to the group. You would have wanted to see Cheryl's street in Panama, where she was the little leader of a small pack of neighborhood boys! (All the other kids her age happened to be boys.) As she grew there, she developed a love of the tropical climate and belonging to a large family. When Cheryl was 6, the Rinders moved to Bedford, New York, where Cher attended St. Patrick's parochial school and graduated from Fox Lane High School.

In a piece of often-recounted family lore, Cher was robbed of the opportunity to meet her paternal grandfather because, as chief officer, he was lost at sea in the Bermuda Triangle in a storm, reportedly while following the captain’s orders to check the riggings at the stern.   Her grandmother, still mourning the loss of her stillborn first child the previous year – a daughter – bravely birthed Cher’s father about a week later. After experiencing the loneliness of being an only child with few relatives (only the dear Canadian cousins), Reg Rinder never took a friend or family member for granted.

Cher embodied that value, creating epic friendships and building family everywhere she traveled throughout her life. Not only did she carry and give birth to six children, but she served as a loving stepmother and half-stepmother to a handful of others. Beyond her immediate family, the sparsity of her father’s side of the family was balanced by a prolific Irish clan on her mother’s side: THE BERGENS. Aunts, Uncles, Cousins, 2ndCousins, International Cousins, etc abounded. Cher never missed the many destination family reunions over the course of decades and, thanks to her own large brood, always contributed the largest contingent of attendees.  She imparted the joys of celebrating family upon her children.

Though Cher was a loving, dutiful and cooperative daughter, to her parents’ chagrin she passed up a piano scholarship to enroll at Middlebury College in Vermont.  She walked away not only with a degree in Religious Studies in 1972, but with many cherished friendships that she would maintain over the course of her lifetime.

With her business partners, Cher started Fire & Ice Restaurant in Middlebury in 1974 and created Rosie’s Restaurant along the way. And she married one of her business partners in 1977. Cher worked professionally her entire life, but in 1978,  she discovered her most rewarding calling, motherhood, with the birth of baby Paris Rinder-Goddard. Amidst many camping and fishing trips, the birth of Pilar Rinder-Goddard followed in 1981, and finally, Bow Rinder-Goddard was born in 1984.

While juggling family and work responsibilities, Cheryl’s alcoholism became evident and her life unmanageable.  She got divorced and joined a fellowship of people who share their experience, strength and hope with each other that they may solve their common problem and help others to recover from alcoholism. That spiritual program of progress, not perfection, imparted bedrock principles by which Cher lived the rest of her life, leading, sponsoring, and inspiring so many in their trudging along the path of happy destiny. She considered her sobriety to be the most important gift of her life - without it, she wouldn’t have had anything else.

At one particular meeting in the late 1980s, Cher approached someone who she believed to be a newcomer, to reach out her hand in the tradition of responsible service. There began a 30+ year love adventure with John Sherwood Stark, a fellow in recovery, recent divorce and parenthood. Cher took his two boys, Henry Abbott (1982) and Alexander (1983) into her heart so willingly that they felt born again as her step-children – with the bonus of stepsiblings whom they worshiped. In fact, the love that Cher gave so freely to those boys extended to their biological mother, Susan James, who spent many hours with and took many trips over the years with Cher and John. Susan was one of the many people who counted Cher as their best friend at the time of her death.

Cher and John’s relationship was cemented with the birth of Liberty Rose Stark-Rinder, at home, in Middlebury in 1990. They officially married in an intimate ceremony at their home, surrounded by their children, on Christmas Eve, 1991. The following summer, excitement turned to sadness when Cher’s next pregnancy ended in miscarriage. It seemed fated that she would subsequently become pregnant with not one, but TWO babies. The twins, Ali Lovette and Glory Bianca Stark-Rinder were born in 1993.

As if the total of those eight children wasn’t enough (6 biological & 2 step, for anyone who lost count), in a testament to her abundant caring and living-by-example energy, Cher would often have her ex-husband’s son from his new wife, Cindy Smith, with the pack on overnights and trips. With the sometimes addition of Tarpon Goddard (1987) (he brought the in-house group of kids to nine), many dogs, cats, horses, goats, chickens, guinea pigs, hamsters, hermit crab, and even an iguana over the years, never a moment was dull.

In addition to re-building a wonderful relationship with Dale & Cindy, Cher helped John reach out to his adult children, one of whom, Michelle Stark (1966) moved into the upstairs apartment at Cher and John’s house during a transition in her life. Cher served as a daily beacon of support to Michelle and her young son, Marin. Even for the children who were not in touch, Molly of New York, and Wayne of Baltimore. In an incredible gesture of kindness and communication, Cher even kept in correspondence with Wayne’s biological mother and his adoptive mother.

In the midst of all of that, Cher had other careers. In the early 1980s Cher put all her caring energies into training and working as a nurse at Porter Hospital.  Cher went on to work in and manage the next family business, Stark Window Cleaning until she was too weak to answer her phone. Other powerful examples of Cher’s sainthood included housing her father and caring for him until his death in her home in 2004. Days after Hurricane Katrina in 2005, Cher joined John on a riverboat cruise for John’s mother, Marian, who, though in her final days of life, relished the trip. They would carry her on and off the boat at port to explore and seek medical attention. Marian died, coincidentally also of pancreatic cancer, the day after returning home.

Finally, prior to her diagnosis, Cheryl had begun a gratitude practice, focusing on all positive elements of life, writing them down and texting it out to friends and family. She continued, even after her diagnosis, with the list of daily recipients of hundreds of people. Hearts broke across the country as she became too weak in her last days to stay awake long enough at night to send the message. In the mornings there was no time to send it because the revolving door of loving well-wishers visiting the house was non-stop.

In lieu of flowers, please send donations to Planned Parenthood of Northern New England. Memorial services will be organized at a date to be announced this summer. Please let us know if you’d like to be notified: https://bit.ly/3aZarSI 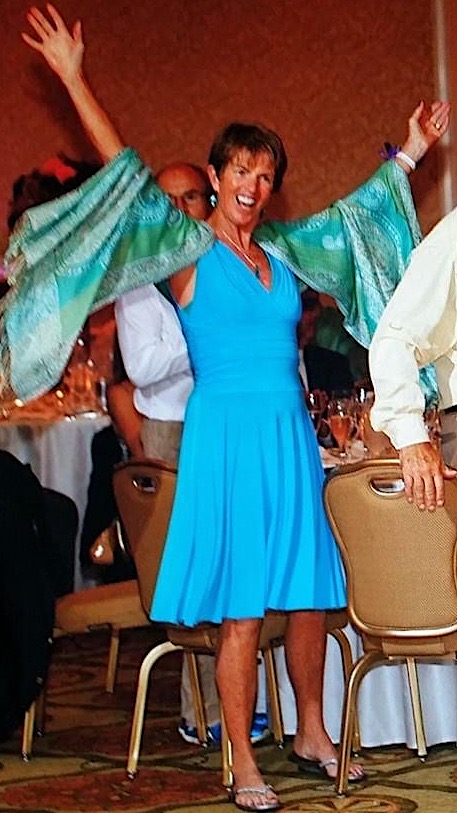 In lieu of flowers, please send donations to Planned Parenthood of Northern New England. Memorial services will be organized at a date to be announced this summer. Please let us know if you’d like to be notified: https://bit.ly/3aZarSI