Barbara Ann Milford Scott passed away January 21, 2021, after a courageous battle with cancer, at Talbot Hospice House in Easton. She was 82 years old.

Barbara Scott was a leader in her workplace as well as a role model to those around her. She spoke out against injustices in the '60s. She extended a loving hand to troubled youth in the '70s. She encouraged people around her to pursue and excel at all times. She also had a tender side where she had incredible empathy for the little animals and admiration for the beauty around her in nature, in art, and in music. By the end of her long life, she helped raise at least 72 kids and opened her home for free or cheap housing so they could have a place they could call their village center. She was loved as a friend and a parental figure. She played the tough guy, but she really had a very big heart. She would befriend people of any age. Barbara bonded with everyone she encountered. For example, on the New York subway, within minutes of being in the train, she would somehow get into conversations with people and lo and behold they would discover something like they both came from a similar place in Pennsylvania and then go on to talk about other similarities. Or in a diner in Easton, she would know everything there was to know the kind woman who served her blueberry pancakes. She looked at these encounters with everyone as a possible conversation and potential friend.

Barbara was born on June 30, 1938, in Lancaster, PA, the daughter of the late Russell Thorn Milford and Emily Mary Buckman Milford. She grew up in a family of two schoolteachers as parents, who much to her joy, and perhaps chagrin, applied their educational lessons at home to both her and her sister, Sally. Daily lessons included working on perfect grammar, re-reading and discussing how Chaucer was the best example of society in print, and learning how to fix just about anything. Because of this foundation, she became the sharp witted, articulate, directed woman people came to appreciate in her high school, college, and career.

Barbara graduated from Wyomissing High School in Wyomissing, PA, in 1956. She participated in many clubs and had a very close group of friends. Having her dad as her English teacher meant a lot to her.
In 1960, Barbara graduated from Earlham College, a small liberal arts Quaker college in Richmond, Indiana. Barbara recalled that Earlham provided a positive learning environment and encouraged community service and social justice. She made many friends that she talked about as truly wonderful at Earlham and at the Young Friends Committee of North America.

After graduating Earlham, Barbara worked as a teen-age program director in a YWCA in Passaic NJ for a year then went to Philadelphia and enrolled in a Masters Program at the University of Pennsylvania. This was a new interdisciplinary program called Human Relations where she specialized in race relations. During the two years at Penn, she worked for the Philadelphia Yearly Meeting of Friends for the Race Relations Committee and was a salesperson for Friends Suburban Housing, a real estate firm established to open the suburbs to all interested buyers. This was an exciting and turbulent time in race relations, including a lot of violent counter-pressures to opening suburban housing to blacks and a lot of non-violent demonstrations for equal rights.

She left Philadelphia for Long Island, New York, and married Wilbur Lambart Lew. His four children: Art Lew, Phil Lew, Margaret Lew, and Roger Lew became part of her family. Barbara and Wilbur had a daughter in 1964, Makani Lew (nee Mary Elizabeth “Beth” Lew). They remained married for four years after which she returned with Makani to Philadelphia. It was there where Barbara first worked for the Urban League as a housing specialist and later was the housing planner for the Delaware Valley Regional Planning Commission.

In 1969, Malcolm (Mal) Scott and Barbara married and lived in Philadelphia and opened their house to not only his children: Leigh Scott, Malcolm Scott, III, Lexi Scott, and Liz Scott but also to about eight others who needed homes from the community. The result was a very busy home in the Germantown / Mt Airy neighborhood.

In 1974, Barbara and Mal and the kids moved to Cabot, Vermont where they became the house parents for a group home called Sunwood. The next two years were exciting and taxing. There were eight foster kids at a time that were placed with us by the state as kids in need of care and supervision. The local community was not enthusiastic about the housing the state kids but somehow all of the kids did well and were able to return to their homes.

In February of 1974, Barbara and Mal had a daughter Jessica Scott. And while Mal cared for her, Barbara began her work at the Governor’s Commission working on the Administration of Justice as the Juvenile Justice Planner. In the first year there she co-wrote a paper on delivering police services in Vermont which led to some political upheaval that led to some positive changes in the corrections systems in Vermont. During her time at this job, she was a part of the successful closing of the state’s reform school and of the state’s prison and replacement of antiquated correctional facilities. At the end of her stay there, Barbara was promoted to deputy director of the agency and specialized in grants management.

In 1979, Barbara moved to the Washington, D.C. area where she lived out the rest of her years. Barbara and her two daughters joined families with Forrest Forsythe and his four children: Scott, Lee, Todd and Melynda. Barbara’s first job in the nation’s capital was with a non-profit called the National Youth Work Alliance as the research and training director. From there she went to CSC and supported the Department of Energy on state programs needing technical assistance on block grant programs. She also supported the Joint Chiefs of Staff Nuclear Negotiations Directorate which, of course, was an entirely new view of life.

After a twelve year period with the small information technology company, CSC, she joined the federal government workforce, first with the Department of Education and then the General Services Administration (GSA) in the Chief Information Officers’ offices. As always, she forged many long-lasting friendships with her workmates. She was known as someone who was a good listener, helped brainstorm solutions, and a good friend. One friend said she was grateful for Barbara for how she’d help talk through ideas to make sure there was a good balance of action with sound judgment.

When Barbara purchased her first home in College Park, Maryland, she lavished in spending the next 2 decades decorating it with beautiful Vermont furniture, carpets from faraway lands, gorgeous photos, and dishes from around the world. She had a passion for aesthetics and color.

Barbara was involved with the Farm and Wilderness camps in Vermont, serving on the board for six years and acting as chair of the board for two. She described it as a heavenly place for kids with its Quaker heritage and its practices of working to sustain living on the farms and in the wilderness. Her daughter Jessica worked at F&W as a nurses’ assistant after having been a camper beforehand.

Barbara and George McGuire started their 18 year friendship in 2002 and were married in 2015 on the Queen Mary. Together, they spent a lot of time travelling and taking many gorgeous pictures of the landscape, the animals, and the beautiful cultures. Barbara said one of her most interesting trips was a cruise around the horn of South America with a jaunt to the Falkland Islands on the way. Barbara also travelled to some far distant and spectacular locations with her long term friend from her days in Vermont, Caroline Taplin. The two travelers brought back many memories and photos from Iceland, twice to Turkey, and around the Baltic.

Barbara and George spent endless hours transforming their College Park, Maryland backyard into a bird metropolis with too many bird feeders and squirrel distractions. From racoons finding the entry to the cat door to critters leaping on the roof, they kept their cameras at the ready to record all the marvelous backyard fauna activity. Their other passion was to create a rambling English Tasha Tudor style garden with small curvy paths, small back houses, and a year round colorful rainbow of flora.

In the meantime, Barbara and George began to set up another home in Easton, Maryland which was close to one of her favorite birding locations, the Blackwater National Wildlife Refuge. They would go for the weekend and enjoy visiting the turtles and birds and other animals at the reserve followed by a stop to see the cute goats and fresh veggies at Emily’s Produce or to pick up some delicious baked goods at the Amish Country Farmer's Market. If it wasn’t birds, it was plants, which meant a visit to Garden Treasures where Barbara would inevitably find another plant or beautiful piece of pottery she just had to have.

Barbara’s hobbies were plenty. From knitting hundreds of sweaters, hats, gloves, scarves and afghans for everyone to endless listening to the beautiful music of the National Symphony and the operas at the Met or to programs on NPR. You would often find Barbara curled up with a book or engrossed in a TV documentary. When she cooked a meal, she became the expert and created sumptuous wonders. She made fully equipped dollhouses with handmade furniture and functional electricity. The inside of her house became a jungle of many luscious plants from all of those stops to the plant store. Her most recent hobby of the past 10 years, though she would say it was more of an addiction, was everything involving the baseball, the Boston Red Sox in particular. Thanks to the MLB Extra Innings TV program, she was able to steadfastly refuse any offers to do something in the awful humid heat in Washington from April through September, and sometimes October, because she had a ball game to watch. As she said, this yielded her never ending satisfaction.

When we think of Barbara, we think of a woman who was quite a leader. She overcame a many barriers. She pursued incredible academic and career goals. She explored new things without issue and generally excelled. She perceived everything around her with all her senses on full alert. She reached out to those around her in her daily interactions in an engaging and inclusive manner. We wish her next journey to be filled with good feelings, true joy, and connectedness to beauty.

In lieu of flowers, and in Barbara’s honor, contributions may be made to Talbot Hospice, 586 Cynwood Drive, Easton, MD 21601

Please join the memorial service through our live stream - a link will be posted to Barbara's Tributes Page Saturday afternoon; over via Zoom using the following link: https://zoom.us/j/96078036786

To send flowers or a memorial gift to the family of Barbara Anne Scott please visit our Sympathy Store.

Barbara is survived by her husband, George McGuire, her daughter Makani Lew (nee Mary Elizabeth “Beth” Lew) and husband Rory Criss and grandson, Xander Criss, of Aptos, CA, her daughter Jessica Scott of Prince George’s County, and her sister, Sarah (Sally) Milford Barnes and her husband, Philip P. McGarvey, of Nashua, NH. Barbara is also survived by a nephew, Tim Barnes, of San Diego, CA, and his wife, Richa Nand, a niece, Carrie Barnes of Seattle, WA, and her husband, Pete Graham, plus their son, Silas, and a niece, Leigh Barnes of San Francisco, CA, and her husband Jon Feldman, plus their sons, Alex and Miles. 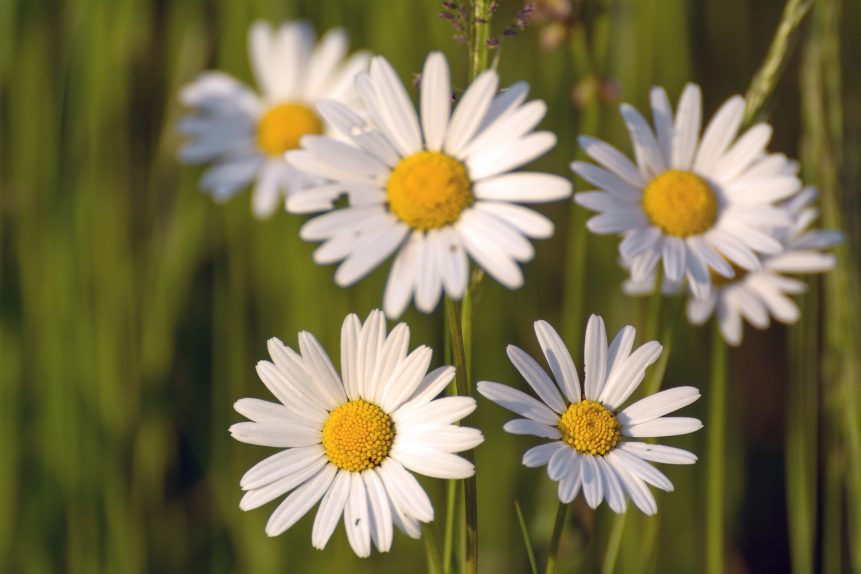