Arthur Gustav Krueger, 78, died June 29, 2022 at the home he built with his wife in Shrewsbury, Vermont. He was surrounded by his family. Loyal readers of the Rutland Herald will recognize Art as a frequent writer of letters to the editor. Naturally, he wanted to write his own obituary. Here are his words.

Art was born in Waterbury, CT while his father was fighting overseas during World War II. He came from a family of immigrants. All his grandparents having been born in Europe, he was of the second generation here.

His maternal grandfather was a skillful farmer, and farming was a strongly implanted impetus in his life. Notwithstanding, he went off to college to get some engineering degrees, and practiced this trade for about 55 years. He was always very interested in preserving the environment, and his engineering career mainly involved pollution control. He wrote the first Vermont rules on septic system installation and designed waste water systems for most of his career.

A flatlander, he came to Vermont in 1970. He considered himself very lucky to have spent his life among the mountains and waterways of Vermont. He was able to catch, dine on, and share many wondrous fish, and climbed many mountains. He climbed Mt.Washington three times, once in winter and the last time at age 76 (by accident - an interesting story we will skip).

He built three houses, and many other buildings in the post and beam style. He liked to drive square pegs into round holes.  When he could, he put slate roofs on his buildings. He also had some skill as a stone mason, having made the serious mistake of building his first house out of stone. In the 1970’s he lived in an early 19th century house in Marshfield,VT. Impressed by the frame design and the sound engineering of it, he applied the techniques he observed to all his subsequent buildings.

Since 1985, his partner and wife has been Trish Norton. She has been a blessing and has made much possible. He raised six children, Margarete, Katie, Christopher, Rosie, Stephen and Clara, who were all very dear to his heart. Margarete died in a car accident in 1984. He longed to be reunited with her. He also had 4 grandchildren, Noah, Levi, Bella, and Gabe.

Art was a sugarmaker for almost 50 years. Most recently, he was involved in a project using 3/16 inch gravity induced vacuum tubing systems, and made a substantial study of techniques to sanitize these systems to preserve capacity.

The forest was a very important part of his life, giving him material to build with to shelter his family, wood to heat with to warm his family, and maple syrup to sell to feed his family. He loved working with small horses and ponies and found that with a cart or sledge they are a very efficient way to move firewood over very rough land. Over the last 11 years, he and Trish taught many young people farming, carpentry, forestry and sugaring skills through the WWOOF program.

He was on a long spiritual journey. He was brought up Catholic and his father was Lutheran.This gave him lots of perspective when he looked back at history and saw what these groups did to each other during the 30 Years War. He believed that religious divisions have far more to do with the Devil than with God. In his life he attended Episcopal, Quaker and Baptist services. The Quakers were very important to him during the Vietnam War and he was a member of a Quaker Meeting for a while. He found friends in all these groups, but felt more comfortable in reverting to his Catholic roots in his later years. He was a lector and member of St.Patrick’s Parish in Wallingford, VT.

Moved by the suffering of the people of Haiti, he joined with friends from St. John Viani in South Burlington to help. He made two trips to Haiti to try to find a solution for clean drinking water in a very rural place called Boc Banic. He requested that in lieu of flowers, donations to continue this work be made to the Haitian Partnership ℅ Lucie Holcomb, 24 Adirondack St., So.Burlington, VT 05403.

He was against the Vietnam War. He wanted a world where people are kinder to each other. His life has been interesting.

Since 1985, his partner and wife has been Trish Norton. He raised six children, Margarete, Katie, Christopher, Rosie, Stephen and Clara, who were all very dear to his heart. He also had 4 grandchildren, Noah, Levi, Bella, and Gabe. 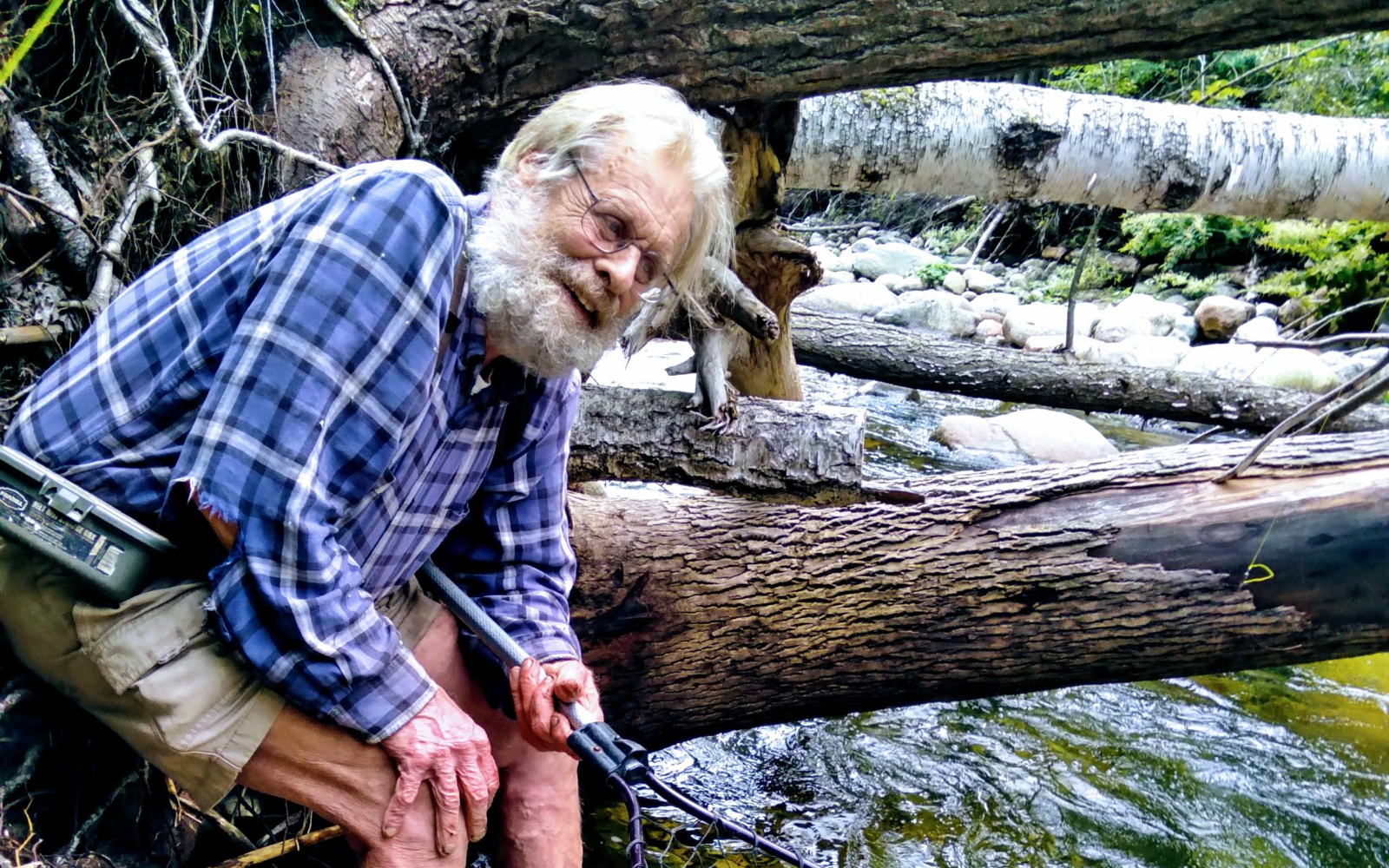 A funeral Mass will be held on Saturday, July 9th at 11am at St.Patrick's Catholic Church in Wallingford, VT.