Back in the days of mainframes, there was a big red "off" switch. One day, a programmer's daughter tripped it on accident and turned the whole mainframe off. Twice.

So, they put a big plexiglass cover over the big red switch.

That sort of switch cover is called a molly-guard (after the girl's name) and it works; you can still flip the switch, but you have to think about it first and open the switch cover.

That's the abortion rights amendment (AKA Article 22 or Proposal 5) in a nutshell: a molly-guard over a rogue Legislature passing restrictive laws on abortion in Vermont.

There's nothing in there about getting rid of the ethics panels which presides after 22 weeks. There's nothing in there to support any of the fearmongering from the hard right. It's just a measure to keep the Legislature from passing a law without going through this same amendment process again. That's a good thing; most of us are some kind of pro-choice.

Article 22's passage guarantees that we'd get the chance to vote on any restrictive measure as its own amendment.

Have something to say?

Submit a letter to the editor using the link below. Please be sure to read the rules.


Latest Letters to the Editor 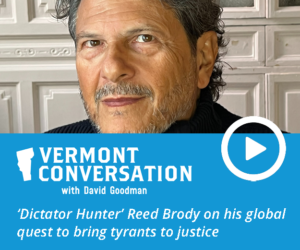