VTDigger and Stone Environmental Inc. have teamed up to provide real-time mapping of Tuesday's election results. 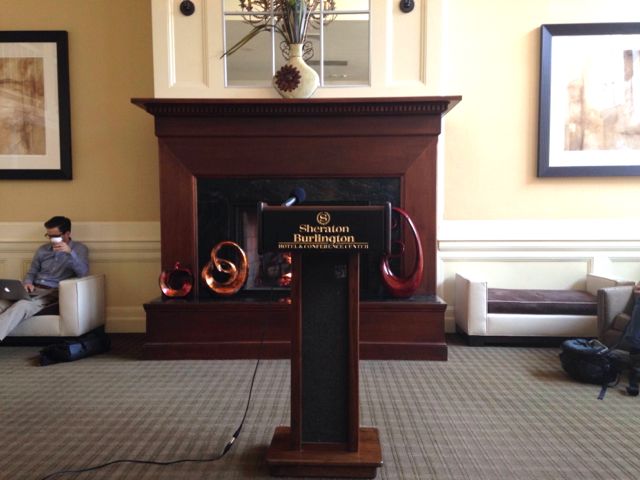 His decision to wait stalled comments from other politicians. Shumlin's campaign Wednesday morning said the governor would not comment until Milne did. Speaker of the House Shap Smith in turn said he would not speak until after Shumlin. 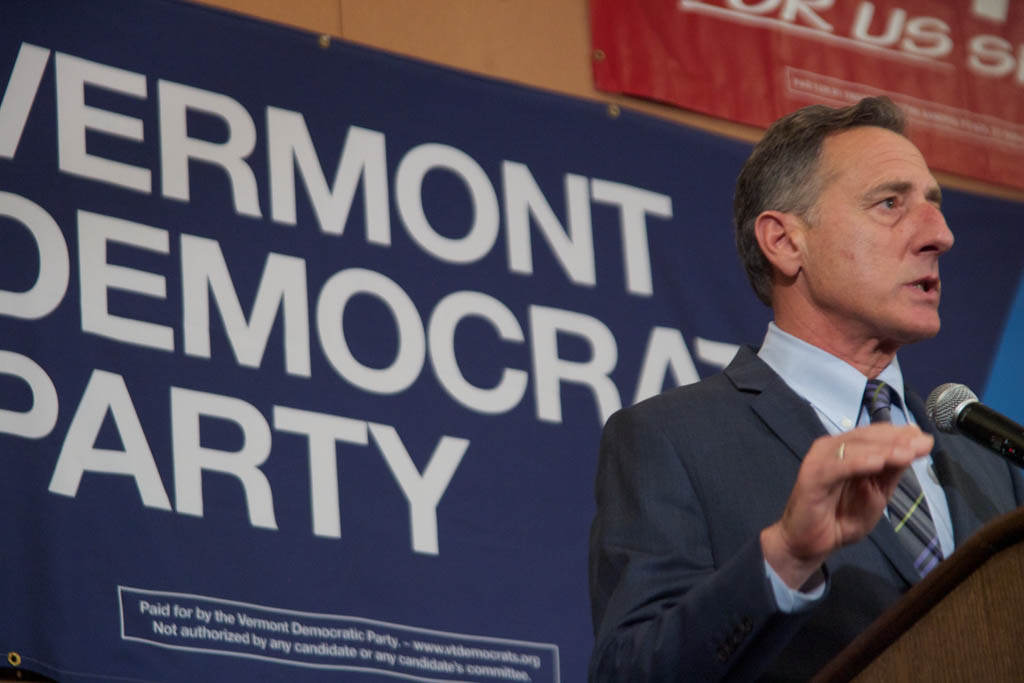 With his race against an unknown Republican still in the balance, Gov. Peter Shumlin will surely post one of the lowest vote totals for a sitting governor in years. 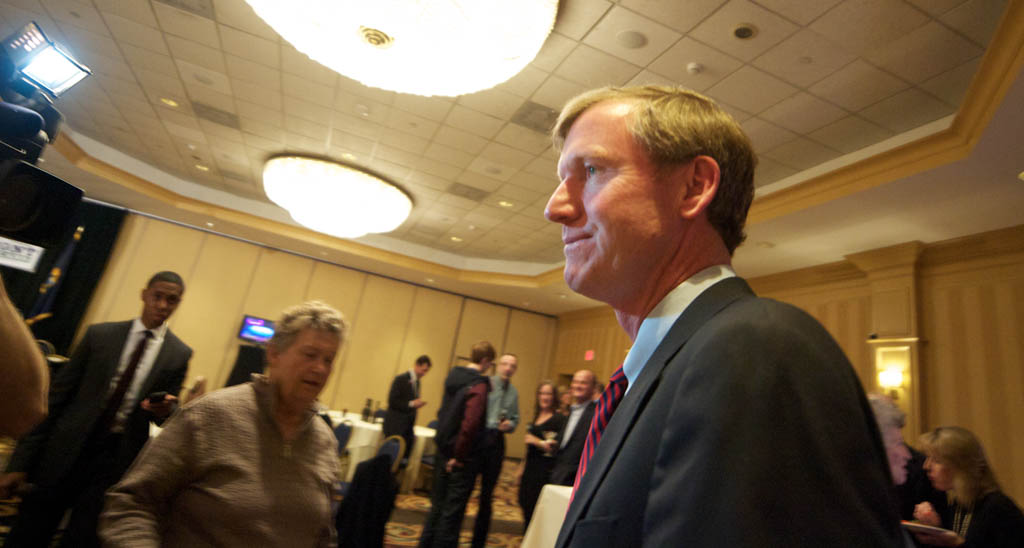 A political unknown from Pomfret was within striking distance of upsetting two-term incumbent Democrat Peter Shumlin in the governor's race. Results were inconclusive as of 1:15 a.m. Wednesday. 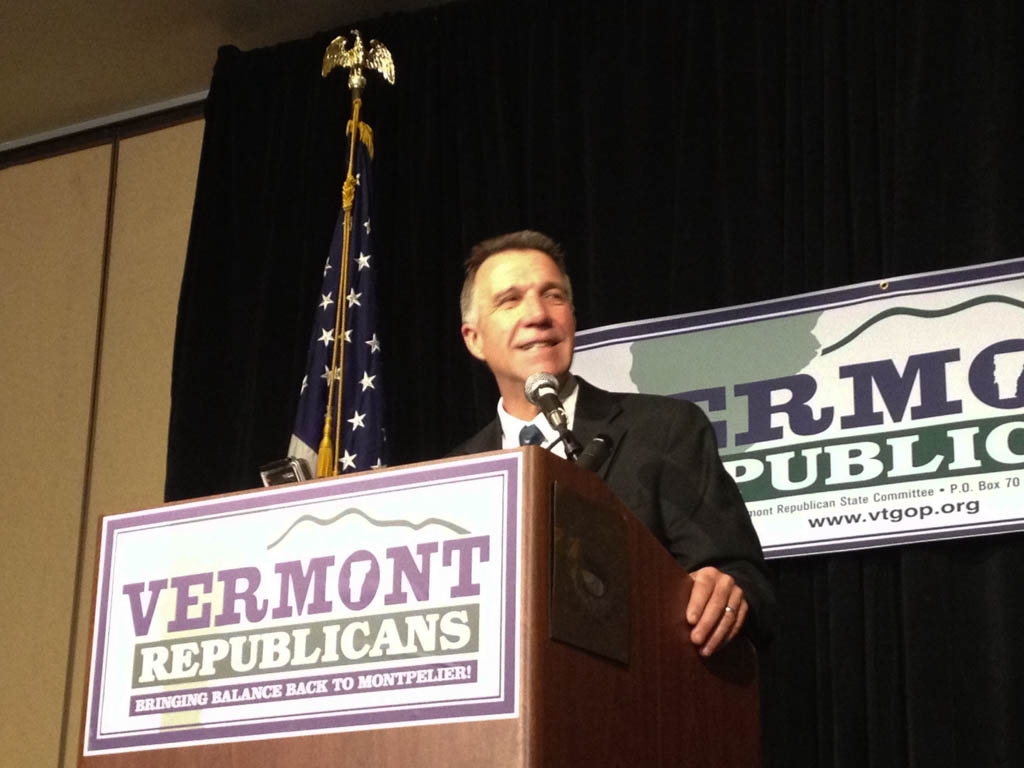 With 35 percent of the vote counted, incumbent Republican Lt. Gov. Phil Scott had a nearly 2-1 lead over challenger Dean Corren, a Progressive/Democrat.

“We know that the precedent has been for both Republicans and Democrats for years that the person who gets the most votes is honored and that’s the person we elect,” Shumlin said.

The death, or near death, of Vermont's independent pursuit of a single payer health care system is the No.1 story, as voted by VTDigger staff. Vermont Yankee, IBM, DCF, Vermont Health Connect and the surprising general election also figured prominently.

The Vermont Legislature's resolution calling for a constitutional convention to reverse the Supreme Court decision on Citizens' United made the "front page of the Internet."

Scott Milne, the Republican runner-up in governor's race, is taking time to weigh whether to actively campaign for lawmakers' votes in choosing a winner. He also criticizes Shumlin economic analyst Jonathan Gruber. 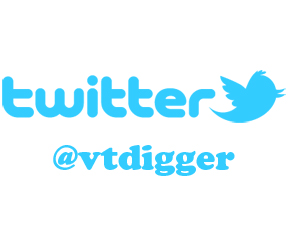 Join VTDigger reporters from 10 a.m. to 11 a.m. this Tuesday and Nov. 24 for Twitter chats about post-election, pre-session issues at #VTDchat.

On the campaign trail both Democrats and Republicans focused on Vermont's cost of living. Does Vermont really have an affordability problem?

Margolis: Scott Milne and the pursuit of the governorship

Scott Milne has yet to concede the race for governor, and may take his quest to the legislature, which will have the final say. He is within his rights to do so, but he is unlikely to prevail and could put his political future at risk.
View all election coverage.

"More than 1 in 10 of our neighbors and their children are living in poverty," says Gubernatorial candidate Scott Milne. But is it true? Our reporters compare the views of Dean Corren and Phil Scott on health care, the environment, criminal justice and the economy.

View tv and radio for all candidates Get the Daily Digger

top stories, no fees, no paywalls

Get Digger's perspective on candidates for major offices.

Arthur Berndt: A propensity for seeing a glass half empty

Dean Corren: Applauding how we Vermonters elect our governor

Peter Galbraith: Legislators should opt for an open ballot for governor

Dottie Deans: Winding down and looking ahead

Secretary of State to audit more election results this year