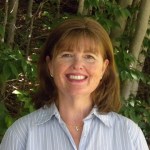 THERESA WOOD grew up in Waterbury and attended Champlain College earning a Legal Assistant degree and later a BachelorÃ•s degree in Business from JSC. Her career has been primarily in State government where she found her lifeÃ•s passion Ã helping people with disabilities live full lives as valued citizens in our communities. Her nearly 30 year government career ended as Deputy Commissioner of the Dept. of Disabilities, Aging & Independent Living. She was honored with the creation of the Theresa Wood Citizenship Award, a statewide recognition given out yearly to a person with developmental disabilities who embodies her qualities. Theresa was Exec. Dir. of the VT office of APS Healthcare, a national corporation that contracted with the State to help Medicaid recipients manage their chronic conditions. Tropical Storm Irene brought devastation to her hometown; after helping rebuild her motherÃ•s home, she was Chair of ReBuild Waterbury Ã the townÃ•s long term recovery committee. She helped raise nearly $1 million and assisted 104 families to recover from the damage they faced. Theresa chaired the Waterbury-Duxbury School District, which she led into a merger before it was in vogue. She also led the community through the building of Crossett Brook M. S. and renovation of the 100+ year old Thatcher Brook P. S. Theresa lives with her husband, Gordon, in Waterbury. SheÃ•s an animal lover, enjoys flower gardening, and is an eager card and board game player any chance she gets.

This legislator has no commentaries.