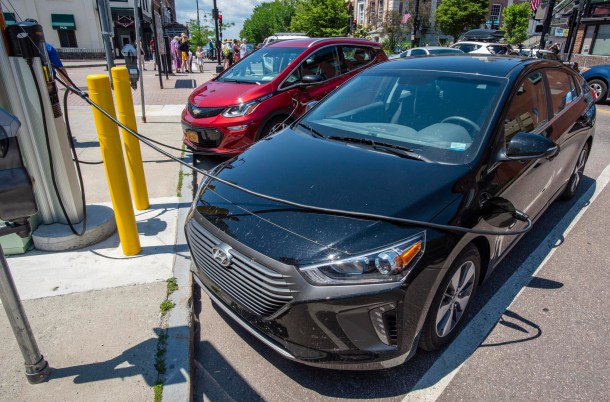 Editor’s note: Art Woolf is a columnist for VTDigger. Woolf recently retired as an associate professor of economics at the University of Vermont. He served for three years as state economist for Gov. Madeleine Kunin beginning in 1988.

The internal combustion engine was one of the most important inventions of the past 150 years. Karl Benz first used it to power a “horseless carriage” in 1879 and for decades the automobile was a play toy for the rich.

It was only when Henry Ford applied mass production techniques, just before World War I, that the automobile became affordable for the middle class. By 1929 more than half of American families owned a car and today just about anyone who wants a car can afford one.

A historical side note: The first big road trip in America was made in 1903 by Burlington’s Horatio Nelson Jackson, who first crossed the U.S. by car in 63 days (his car is now in the Smithsonian).

Today Vermonters own 428,000 cars and 154,000 pickups. That’s one vehicle for every potential Vermont driver.

Vermonters drove a total of 7.4 billion miles on state highways last year, about twice as far as Pluto is from the sun. Of course, that trip would be problematic in a car. Putting it in a Vermont context, you could make 19 million round trips from Brattleboro to Highgate, but who would want to?

The total number of miles driven on Vermont highways was a bit higher before the Great Recession but still has not recovered to its early 2000s high. That’s probably because of Vermont’s changing demographics — older people don’t drive as much as younger folks.

Vermont’s unofficial, but often cited policy is to wean our state off of fossil fuels by the middle of this century. If we gradually convert our fleet of gasoline-powered cars and pickups to all electric cars, that has a number of implications.

For individuals, it means higher electric bills. If we still drive the same number of miles, and the efficiency of batteries (kilowatt-hours per mile) doesn’t change, that would mean it would cost about $500 annually to power an electric car. That’s a savings of about $1,000 from what gasoline costs at today’s prices. So far, so good.

But electric cars are more expensive up front than an equivalent gas-powered car, charging stations are not nearly as ubiquitous as gas stations, electric cars have a limited range, and it takes a lot longer to charge an electric vehicle than to fill up a gas tank.

If those obstacles can be overcome, people will want to buy a lot more electric cars than the 3,000 that are now registered in Vermont. 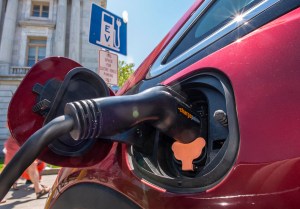 Where will Vermont get all that additional power? I doubt that it will, or could, be met solely by wind and solar. That would mean a huge increase in the number of wind turbines and solar farms not just dotting the landscape, but overwhelming it. And we’d still need backup power, probably from natural gas, to have the reserve capacity we’d need on cloudy and windless days and windless nights.

The best source would be Hydro-Quebec electricity, but I don’t hear any policymakers talking about major increases in imported power from Canada. Indeed, many environmental groups oppose it.

That’s just for transportation. Where are we going to get even more electricity we’d need to replace heating oil and LP and natural gas to heat our homes in the winter? Even more solar farms and wind turbines?

Those are the kinds of questions I think about when I read the state’s plan to get 90% of our energy supply from renewable sources by 2050.

Thanks for reporting an error with the story, "Woolf: Understandably, electric-car conversion is highly charged"

Washington Electric Cooperative urges members to apply for up to $10,000 in state grants to pay past-due bills

Will Patten: Government of, by, and for Business

Progressive mayoral candidates aim to distinguish themselves in nominating caucus

Donations are being doubled

VTDigger is participating in Newsmatch with additional support from eleven local donors who are matching every donation to VTDigger dollar for dollar. Now when you make a donation to support our watchdog reporting, it will be doubled and we will send 10 meals to the Vermont Foodbank on your behalf.