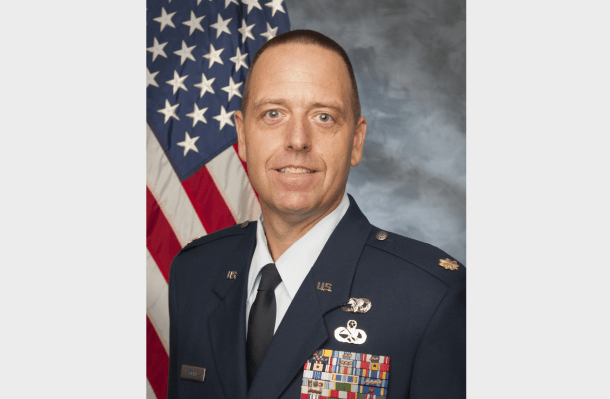 Maj. Scott Brochu, 47, who has served in the Guard for 27 years, pleaded not guilty during his arraignment at the federal court in Burlington at 4 p.m.

“He’s been in the Guard a long time and it’s been pretty shocking,” said Capt. Mikel Arcovitch, spokesperson for the Guard, in an interview Friday afternoon.

“It’s obviously pretty disappointing but now it’s an investigation so we’re being respectful of the service member and doing what we can to be cognizant of the situation,” Arcovitch added.

Brochu’s lawyer in the case is Craig Nolan, a former state and federal prosecutor who is now a defense attorney at the Burlington law office Sheehey Furlong & Behm. He said he hadn’t seen the government’s evidence yet.

“We fully expect at the end of this process it will be clear he is innocent of the charges,” Nolan said after his client’s arraignment.

The Vermont U.S. Attorney’s Office said Brochu was arrested near his home in Essex Junction following an investigation conducted by the Vermont’s Internet Crimes Against Children Task Force and Homeland Security Investigations in mid-May.

Assistant U.S. Attorney Jonathan Ophardt, who is prosecuting the case, said a “substantial” forensic analysis of evidence found at Brochu’s home was ongoing.

An affidavit in support of a search warrant in the case filed by Michael McCullagh, a special agent with the Department of Homeland Security, was unsealed late Friday afternoon.
According to that affidavit, the National Center for Missing and Exploited Children received information about an image of suspected child pornography that was “uploaded or viewed” on Feb. 23 from a specific IP address. The image was of a prepubescent girl, the affidavit stated.

In April, the affidavit stated, after serving a subpoena on Comcast, federal authorities were able to trace that IP address to an account belonging to Brochu. Investigators also discovered that Brochu was a major in the Vermont National Guard as a logistics readiness officer.

“The Air Force Office of Special Investigations was contacted and confirmed he is full-time technician, working in South Burlington, Vermont,” the agent wrote in the affidavit.

Arcovitch said Friday that Brochu was still on the books as a “traditional drilling guardsman” and a full-time federal employees at the Air Guard wing in Colchester. “Within this kind of time frame processes take time so we’ll see how it goes,” he added.

In a statement, the Vermont National Guard said it would fully cooperate with the investigation.

Brochu was the subject of a “Meet Your Guard” series of interviews published on VNG’s website in March 2018. He said he joined the Guard in 1992 with aspirations of becoming a fighter pilot.

As the 158th Logistics Readiness Squadron Operations Officer, he said he supervises members who take care of aircraft parts, uniforms and gear, fueling aircraft and maintaining vehicles used during missions.

Brochu says in the interview that the greatest benefit of serving in the Guard has been life experiences, particularly the opportunity to fly around the world, visiting eight countries and almost every U.S. state.

He says nothing in the Air Guard has surprised him, because his father was a pilot when he was growing up.

He said articles like the interview published with him are a great way to let the public know “we are just like you, going to work every day to earn a living and to be part of something that is greater than ourselves.”

Brochu was released on conditions including: monitoring of his activities on electronic devices; developing an internet use plan; and no travel outside the state. He was given 24 hours to remove firearms from his home and told to avoid contact with individuals involved in the case.

And he must avoid contact with people under age 18, except with a responsible adult present and prior court approval, and avoid places like amusement parks and schools where young people are likely to congregate.

The deadline for pre-trial motions in the case is Sept. 19.