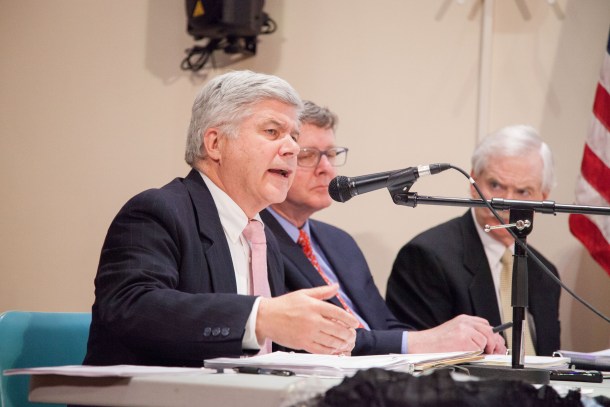 But that's not necessarily a bad thing.

As they presented their latest budget request to the Green Mountain Care Board on Wednesday, VITL leaders said their staff is continuing to do more with less.

“This is a phenomenal job, quite frankly, that these people did, and enhanced operations at the same time,” said Mike Smith, VITL's interim president and chief executive officer.

The state's health information exchange is supposed to make health care more efficient and safer by giving providers fast access to a patient's medical records, no matter where he or she has been treated. VITL administers the system, which is a secure database of information such as lab results, discharge summaries and medication histories.

But VITL has run into financial and administrative trouble over the years. A 2017 consultant's analysis found that there were relatively few patient records available on the exchange, and many users had “lost confidence” in the system.

That spurred state lawmakers to mandate a detailed process for improvement as well as a contingency plan for the exchange if VITL couldn't meet those goals.

VITL, working with the Department of Vermont Health Access, has made some strides since then. The nonprofit stabilized operations while reducing its budget for the current fiscal year and significantly increasing the number of patient records accessible in the exchange.

VITL administrators amplified those themes during their latest update before the Green Mountain Care Board, which reviews and approves the organization's budgets.

For the current fiscal year, VITL's revenues are on budget while expenses are 10 percent under budget. Administrators are expecting a $600,000 surplus this year.

Bob Turnau, VITL's chief financial officer, said lower personnel costs are the main reason behind the savings. VITL budgeted for 23.6 full-time-equivalent staff this year but has been at 21.8 on average due to vacancies, he said.

Overall, VITL has cut eight positions – about 26 percent of its staff – since fiscal 2017. The organization also has streamlined management and has reduced its office footprint and rent costs, Turnau said.

“While VITL is a lean organization … we are still capable of meeting our contractual requirements,” he said.

“As VITL's state funding has declined, we have taken costs out of the business to remain sustainable,” Turnau said.

Still, VITL has managed to improve its general financial outlook. Cash on hand is expected to be $2.2 million at the end of the fiscal year, “which is considerably more than in our previous years,” Turnau said.

The organization's budget plan for next fiscal year anticipates an operating deficit of $186,000, which will be covered by cash on hand, officials said. Total revenues are expected to remain steady around $6 million in fiscal 2020, while an increase in expenditures largely is attributable to a collaborative software-purchasing program with the state, VITL leaders said.

VITL's goal for calendar year 2019 is 42 percent, and administrators expect to reach that by the end of June.

Those numbers could go up dramatically under a change being contemplated by the Legislature.

Currently, the health information exchange is an opt-in system where patients must consent before records can be shared. Language in the latest version of S.31 would change that to an opt-out setup in which records will be shared on the exchange unless a patient objects.

The opt-in, opt-out issue has been controversial and led to questions about patient rights and privacy. Lawmakers have sought to address those concerns by saying the Department of Vermont Health Access must go through a “robust stakeholder process” with “substantial opportunities for public input” and new “patient education mechanisms” before changing the consent policy next year.

S.31 has not yet passed, so the current language could be amended. But the department and VITL are beginning to prepare for a consent policy shift.

“From a technological point of view, this is not a heavy lift for us,” Smith told the care board. “From an implementation view, and the ability to make sure that we invite people and we listen to concerns … that's going to take a little time.”

The state is taking the same approach.

In talks with legislators, advocates and others, “we all agreed that informed consent is really essential to this,” said Emily Richards, health information exchange director at the Department of Vermont Health Access. “Informed consent meaning that patients really understand how their data is exchanged; why; and what their rights are in terms of data exchange.”

Thanks for reporting an error with the story, "VITL presents 'lean' budget for running state health exchange"