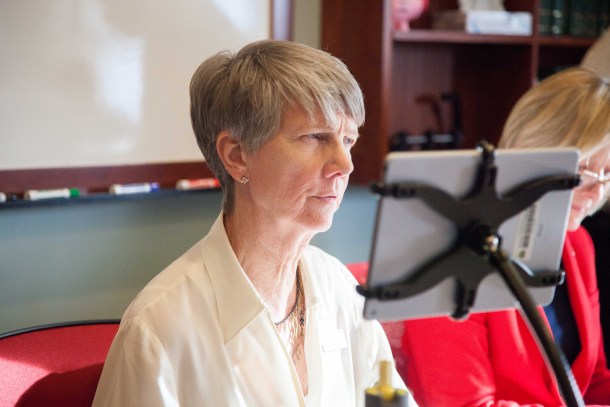 Rep. Mary Hooper, D-Montpelier, is the sponsor of the bill that would allow a charter change in Montpelier that would give noncitizens the right to vote. Hooper is a former mayor of Montpelier. File photo by Mike Dougherty/VTDigger

The Vermont House on Friday approved a proposed charter change for the city of Montpelier that would allow noncitizens living there to vote in local elections.

If the measure were to become law, Montpelier would become the 13th municipality in the country, and the first in Vermont, to allow residents who aren’t citizens, but reside in the United States legally, to cast ballots.

Democrats, who championed the charter change, say that the measure is designed to enfranchise more residents of the city, by giving them the rights to participate in local democracy. 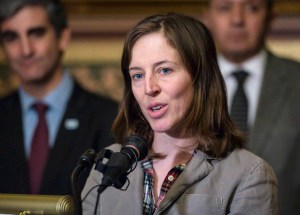 “Local issues should be voted on by the local community,” Montpelier Mayor Anne Watson said. “And everyone who is part of that community should have the ability to participate in decisions that affect their community.”

In October, Montpelier City Clerk John Odum said fewer than a dozen people in Montpelier would benefit from the measure.

Montpelier voters approved the change on Election Day in November in a 2,857 to 1,488 vote.

The proposed charter change faced resistance from House Republicans, with some arguing that noncitizens should not have the right to vote.

“I have been born and raised to believe that voting is an absolute right of a citizen of the United States and these individuals are not,” House Minority Leader Rep. Pattie McCoy, R-Poultney, said after Friday’s vote. “So here we are affording them the rights of a full citizen, but they’re not.”

Republicans also raised concerns that the measure would lead to a second voter checklist in Montpelier that would contain the names of noncitizens who vote.

Republicans maintained that because noncitizens would only be able to vote in local, and not statewide or federal elections, city clerks would need to keep a second checklist containing the names of the voters, which could present a civil rights issue. 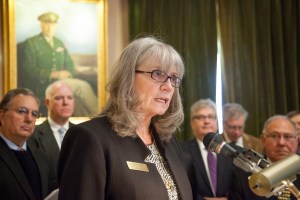 They argued that the second list, which would be available to the public, would lead to the profiling of noncitizens.

The proposed charter changed passed 95-46 in a first vote Thursday, with only four Republicans supporting the measure.

Gov. Phil Scott also raised concerns about the charter change Thursday, and said it could conflict with a bill he signed into law in 2017.

That legislation, S.79, was designed, in part, to prevent the state from keeping databases with residents’ immigration status, and providing such information to the federal government.

Rep. Mary Hooper, D-Montpelier, who sponsored H.207, the legislation to approve the charter change, called the argument about the second voter checklist a “red herring.”

She and other Democrats said that the noncitizen voters wouldn’t be likely targets of profiling because only those who are living in the U.S. legally would be able to cast ballots in Montpelier.

“These folks are legal residents of the United States so that shouldn’t be an issue,” she said.

She added that those who decide to vote as noncitizens will be doing so willingly and knowingly.

“This is obviously a voluntary thing — you were only on the list because you asked to be on it,” Hooper said.

And the list itself wouldn’t only contain the names of noncitizen voters.

According to the Vermont Secretary of State’s Office, the second checklist would contain the names of all voters — both citizen and noncitizen — who vote in local races.

“The city will not create or possess a list that only includes the noncitizen voters,” Will Senning, the state’s director of elections wrote in an email.

“As such, that list of noncitizen voters will not be available upon a simple direct request for it because it will not exist.”

If the Senate approved the proposed charter change, and it earned the signature of the governor, Montpelier would join the ranks of municipalities around the country that permit noncitizens to cast ballots.

Thanks for reporting an error with the story, "House advances noncitizen voting in Montpelier, over concerns of R..."

Vermont allows out-of-state workers to get vaccine, with kids soon to follow

YWP: ‘A ghost in the closet’

Media push back on proposal to bar press from Statehouse