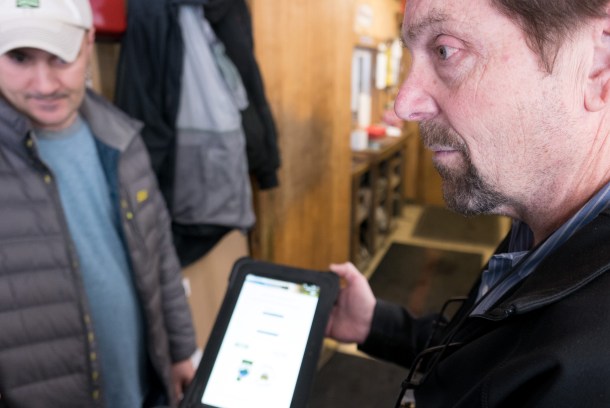 [T]he Senate unanimously approved a bill on Friday exempting almost a quarter of Vermont vehicles from emissions testing, but the state Department of Environmental Conservation thinks the move could violate the Clean Air Act.

The bill, S.84, would exempt cars 10 years or older from emissions testing. It will still have a final vote in the Senate next week before heading to the House.

“Ultimately, the EPA would have to weigh in, but I don’t think we’re confident they would approve it,” Megan O’Toole, attorney with the DEC’s air quality and climate division, said in an interview Friday.

Senators on the Transportation Committee came up with the plan in an effort to spare lower income Vermonters from the costs of coming into line with federal emissions standards.

The committee debated providing need-based waivers or repair subsidies, but decided that an exemption for older cars was “quicker and easier” than those options, said Sen. Andrew Perchlik, D-Washington.

“We also wanted to do this in a way that affected the largest number of Vermonters without ... unnecessarily risking the great success that we’ve had in Vermont with improving our air quality,” he said while reporting the bill on the Senate floor.

The bill would exempt about 113,000 vehicles from emissions testing -- or 24 percent of Vermonters who have vehicles inspected, according to Perchlik.

Senators expressed concern during the floor debate that the bill could have the unintended consequence of worsening the state’s air quality.

That concern is shared by the state’s Department of Environmental Conservation. While not all states have emissions testing, Vermont is required to do so under an amendment to the Clean Air Act because it is one of the Northeast states with ozone pollution problems, said O’Toole.

“We’re downwind from all the dirty electricity generating plants in the Midwest because of the way the jet stream moves,” she said.

While Vermont has required vehicle emissions testing since the ’90s, mechanics across the state were equipped in the past two years with tablet computers to conduct inspections. O’Toole said the change means inspectors “no longer have discretion” to bypass the law and pass cars that fail to meet emissions standards. 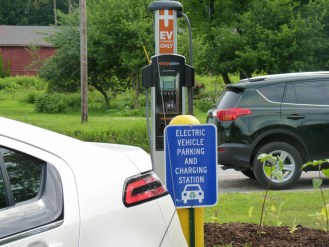 The state is in the process of having its inspection system approved by the federal Environmental Protection Agency. O’Toole said her department does not believe the EPA will grant its approval if so many older cars are exempt, as proposed by the Senate.

In that case, the EPA could impose sanctions on Vermont, like withholding federal highway funding or requiring the state to make other pollutant control programs stricter, she said. Senators shrugged at that possibility, at least while President Donald Trump is in power, during committee hearings.

Tom Moye, section chief with the DEC’s air quality and climate division, said that while he did not know what the air pollution impact of the exemption could be, his division is working to calculate that before the bill hits the Senate floor for a final vote next week. But he was certain the proposed change would not have a “positive” environmental impact.

“With the inspection program, you’re reducing excess emissions from vehicles,” he said. “And if you test and repair fewer, you’re going to (lessen) those air pollution reductions.”

O’Toole said her division had not yet been invited to provide testimony on the bill, which was created in committee after more general hearings on the issue of emissions testing.

Perchlik said in an interview Friday that DEC had told the committee that it was not sure what the legal repercussion of the 10-year exemption would be, and had been asked to get back to the committee.

“We wanted to err on the side of Vermonters that were struggling with the test at least as a starting point if not as an ending point,” said Perchlik. “The committee felt like if we put down 10 years, that will get everyone moving along on this issue.”

He added that the emissions inspections test vehicles’ computer systems, not air pollution levels coming out of cars.

“We couldn’t really tell what the impact would be (on air quality), but we heard … this is really difficult for low income folks,” said Perchlik.

He added that the EPA under Trump has been “rolling back air quality standards across the country” and didn’t understand the rush to get the state’s plan approved given the current political climate.

“Why don’t we exempt these vehicles for now and if the EPA comes back and says this is a violation of the Clean Air Act, then we’ll change that,” he said.

During the floor report, Perchlik noted that Vermont has made significant progress on encouraging electric vehicles and is one of 10 states in the country to have a zero emissions vehicle program.

The bill instructs Motor Vehicles Commissioner Wanda Minoli to file new rules on vehicle inspections “with the effect that no motor vehicle that is more than 10 model years old will be required to undergo an emissions or on board diagnostic (OBD) systems inspection.”

Under existing rules, people whose cars fail emissions tests can apply for a one-year exemption if the necessary repairs cost $200 or more. The Department of Motor Vehicles announced earlier this year that it would stop issuing “conditional passes” for cars that fail emissions tests.

The Senate bill would require the DMV to update its inspection systems or come up with another workaround within 30 days of the bill passing to make sure that people with exempt cars aren’t required to pass emissions tests.

Sen. Dick McCormack, D-Windsor, said during the floor debate that he would vote for the bill “out of deference” to constituents who cannot afford to make costly repairs to their cars.

“But I think we do have to note that air pollution is not a minor or trivial issue,” he said, adding that there would be an ongoing issue of vehicles being exempted as they age out of emissions testing requirements.

“I think we are going to want to revisit this in a few years,” he added.

Thanks for reporting an error with the story, "Senate puts affordability before environment with emissions testing e..."