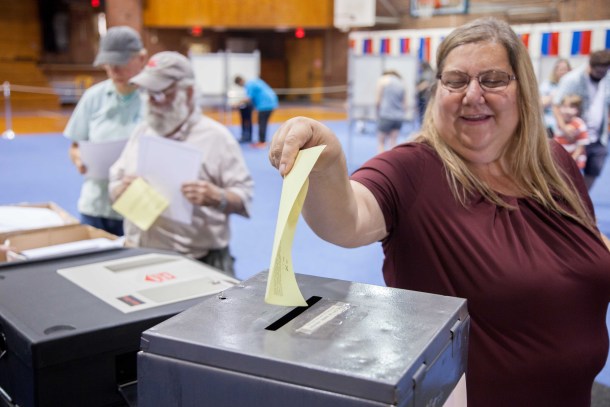 With less than a month before the general election, a record number of Vermonters are registered to vote, according to the secretary of state’s office.

As of Tuesday morning, 481,111 state residents were listed on Vermont’s voter rolls, about 92.5 percent of the state’s approximately 520,000 eligible votes. That’s roughly 16,000 more than two years ago, when registration peaked ahead of election day in 2016.

Data from the secretary of state’s office shows the uptick in registered voters has been driven largely by the state’s new automatic voter registration system, which took effect in January 2017.

The system allows voters to register automatically when they receive or update their driver’s licenses, or other forms of identification, at the Department of Motor Vehicles.

With driver’s licenses due to be renewed every four years, Secretary of State Jim Condos expects the new system will continue to bring in a spike of registrations for the next few years.

“It takes us a full cycle before we get everybody,” he said. “The goal is we’re going to get as many eligible Vermonters as possible to be registered to vote.”

Condos said that so far, voters have requested about 27,000 early voting ballots, and he thinks the number of early ballots cast in this year’s elections will surpass the number cast during the last midterm elections in 2014: roughly 34,000. 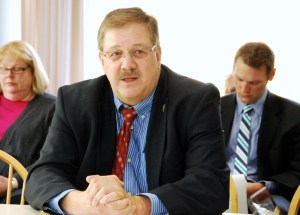 “We expect to see a huge influx of requests coming in in the next three weeks,” he said.

Vermont’s registration rate is higher than the national average, which is also climbing. National voting rights experts say Vermont “leads the way” on getting residents onto voter rolls. Only 70 percent of Americans reported being registered to vote in 2016, though the actual figure is probably about 10 points higher after figuring in people who did not answer the question.

Eric Davis, an emeritus professor of political science at Middlebury College, said increased voter registration in Vermont doesn’t necessarily mean there that turnout will be higher than normal on election day.

“Registration is only one of the steps. Those voters need to be mobilized to turn out,” he said.

While interest in politics across the country is high, and Davis said this will likely amplify turnout to some extent, he noted that unlike many other states, Vermont has no closely contested U.S. Senate or House races. The governor’s race is ranked solidly in Gov. Phil Scott’s favor.

“The question for me is how is this high national of level of interest in voting is going to translate in Vermont…where we don’t have any competitive races at the state level,” he said.

In years with presidential elections, typically 60 to 65 percent of voters cast ballots in Vermont, according to Condos. But in midterm elections, that number tends to be lower, around 50 to 55 percent, he said.

However, turnout during this year’s primaries shattered the expectations of many political analysts who predicted a sleepy day at the polls.

Some projected turnout would hover around nine percent—where it landed during the midterms in 2014—but instead, around 22 percent of registered voters showed up to cast ballots on primary day.

Thanks for reporting an error with the story, "Vermont hits record 92.5 percent voter registration ahead of election"