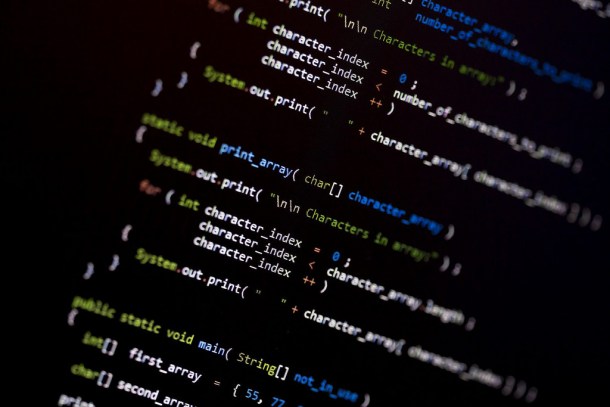 [L]awmakers, the governor and Vermont business leaders hope a newly minted law will make Vermont a hotspot for blockchain technology and companies that want to use it.

The law, which took effect in July, creates a new type of business entity, “blockchain-based limited liability companies,” for entrepreneurs and companies who want to prioritize and create custom governance structures tailored to the technology.

Gov. Phil Scott and lawmakers who worked to pass the blockchain law in the last legislative session gathered in South Burlington’s City Hall Wednesday afternoon to tout the legislation at a ceremonial signing.

Scott said the law could help create new jobs and spur economic innovation by encouraging businesses to experiment with the burgeoning technology which has already seen applications in the retail, real estate and agricultural industries, to name a few.

"This will help solidify Vermont's position as an innovation leader and demonstrate our openness to trying new ideas," Scott told reporters Tuesday.

Blockchain is best known as the technology underlying cryptocurrencies such as bitcoin. But more generally it's a decentralized system of record keeping -- one that's increasingly being harnessed by businesses around the world.

Through the system, transactions and data are recorded in a chain of “blocks” across a network of computers, and many computers deployed to verify that the data being recorded is unchanged.

The distributed “ledger” of transactions is often public and secured using cryptography. Because of its decentralized nature, experts say the information on these ledgers is hard — if not impossible — to hack or change, unlike records kept in a single database. 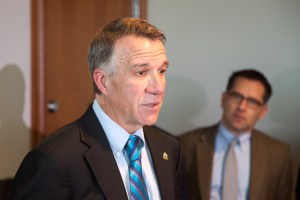 Scott and legislators have compared the new blockchain law to the many laws the state has passed to foster the captive insurance industry.

Captive insurers, also known as “captives,” are small insurance companies set up and owned by larger companies. As of this year, more than 1,100 of them are based in Vermont.

By paving the way for companies that use blockchain to set up in Vermont, policymakers hope the state could see success on a similar scale to the captives industry.

"I think it does have the potential to be huge for the state if we allow these business entities to incorporate here, whereas they're not really possible in other states," said Jill Rickard, director of policy at Vermont's Department of Financial Regulation. "We're the first mover in this area and it has the possibility to be a very huge innovation."

In 2016, Vermont passed a law that made blockchain records admissible in court — and one municipality has already made use of the technology.

In January, Propy Inc., a blockchain startup based in Palo Alto, California, partnered with the South Burlington city clerk’s office on a pilot program to record property transactions using blockchain.

This year, South Burlington became the first local government in the country to use blockchain to record a property title.

In addition to allowing companies to incorporate as blockchain-based LLCs, the law enacted this year tasks the Department of Financial Regulation with reviewing possible applications of blockchain to the insurance and banking industries and considering other regulatory changes the state should make in relation to the technology.

The law also creates another new kind of of business entity called a personal information protection company. The focus of these companies would be guarding consumers' data, rather than selling or sharing it, like many large websites and social media companies do.

"In a nutshell the [personal information protection company] framework provides the opportunity for companies looking to come down on the side of the consumer with regard to data privacy," said David Thelander, an attorney with the law firm Gravel & Shea, which helped design the blockchain legislation.

Thelander said that since the new law took effect, his law firm has registered two companies as blockchain-based LLCs and has received interest from many others.

Other states including Wyoming and Arizona have recently passed laws to carve out a legal framework for blockchain technology.

"The race is definitely on," Thelander said, "and we want to maintain Vermont's premiere reputation as a conservative, responsible environment for new technologies, while embracing and creating a positive ecosystem for development of new technologies like blockchain."

Thanks for reporting an error with the story, "Vermont bullish on blockchain as new law takes effect"

Windham County’s EMS saga, even with a surprise resignation, may be just starting