The Walter Cerf Community Fund, a component fund of the Vermont Community Foundation, announced 2016 grant awards totaling $111,060 to 29 organizations. Since 2001, the fund has made grants to organizations located in Addison County or Brandon, or that have a statewide reach and make a unique contribution to Vermont. Priority interests are the arts, education, historic preservation, and social services, reflecting the pattern of giving established by Cerf during his lifetime.

Walter Cerf was a philosophy professor who arrived in the United States in 1937 as a refugee from Nazi Germany. In the years following World War II, he traveled back to Europe and fostered an interest in historic preservation as he traveled—collecting art, antiques, and even some pieces of the 18thcentury furniture his family was forced to leave behind when they fled Germany. In his later years, Cerf made Leicester, Vermont his home, giving more than $10 million to organizations and projects in Vermont before passing away in 2001.

Cerf focused much of his giving within his community of Addison County and Brandon; grants from the Walter Cerf Community Fund reflect that focus, with two-thirds of the grants reserved for Addison County/Brandon projects and one-third reserved for statewide projects. Each grant awards up to $5,000.

Each year, the fund awards one grant up to $25,000. This year, the Town of Panton received $25,000 to help repair and remount the iconic cupola of Panton’s town hall. The grant aligns with Mr. Cerf’s love and appreciation of historic buildings in Vermont.

Addison County Community Trust (ACCT) received $2,000 to support a community engagement initiative with both ACCT tenants and the community at large.

Everybody Wins! Vermont received $3,000 to support recruiting and training of volunteer adult one-on-one reading mentors in Brandon, Bridport, and Middlebury.

Fort Ticonderoga Association received $2,860 to support bringing educators into classrooms in Addison County to teach students about the life of a soldier during the American Revolution through hands-on activities.

Homeward Bound received $1,000 to support a program which purchases and delivers food for the pets of home-bound seniors who receive Meals on Wheels.

Mount Abraham Union High School received $1,000 to support the construction of a roof on the high school’s compost facility.

Opera Company of Middlebury received $3,000 to support a family-friendly performance of Mozart’s masterpiece The Magic Flute for school children.

Preservation Trust of Vermont received $5,000 to support their seed grant program which helps community efforts to save and use historic buildings.

ReSOURCE received $1,000 to support a program which aims to help those experiencing poverty while providing training opportunities and offering items and services for sale to a wider audience at a reasonable cost.

Salisbury Congregational Church received $5,000 to support the completion of a four-year project to conserve the church building.

St. Johnsbury Athenaeum received $5,000 to support the restoration of The Domes of Yosemite, the priceless Bierstadt painting which takes up one whole wall in the Art Gallery.

The Town of Panton Town Hall Restoration Committee received $25,000 to support the restoration of the iconic and historic cupola of Panton’s town hall.

Vermont Humanities Council received $2,500 to support the Never Too Early program, which educates childcare providers and other early care and education professionals, as well as parents and guardians who are in need of early literacy training.

Thanks for reporting an error with the story, "Walter Cerf Community Fund Awards More Than $111,000 in Grants" 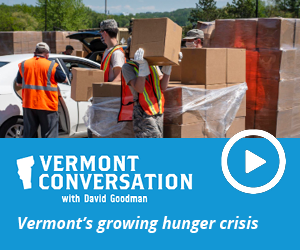