The final witness for the defense in the Donald Fell death penalty hearing in Rutland testified on the results of more than 20 years of research he’s gathered for the Federal Death Penalty Resource Council Project.

Based on that data, Kevin McNally, the project’s director and an attorney in Kentucky, said that the “federal death penalty is driven by irrational or illegal considerations,” including race, gender, geography, or luck.

“It’s akin to being struck by lightning,” McNally said.

McNally cited the Donald Fell case as a prime example of the role luck and timing can play in capital cases and the authorization of the death penalty. In 2001 Fell and his counsel entered into a plea agreement with the U.S. Attorney’s Office of Vermont. In exchange for a guilty plea, Fell would be sentenced to life without parole.

According to McNally, Fell’s case is one of two in modern history in which the Attorney General — then John Ashcroft — rejected the plea deal and sought the death penalty instead. The other case occurred in Georgia and involved the shooting of a postal worker. The state of Georgia reached a plea agreement that was overturned by then Deputy Attorney General Eric Holder. 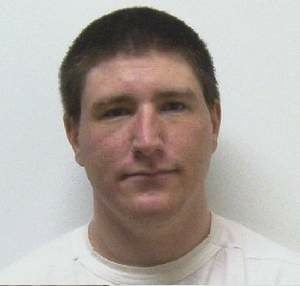 Fell was convicted in the brutal killing of Terry King, a North Clarendon grandmother, and sentenced to death in 2005. The verdict was overturned due to juror misconduct and a retrial is scheduled for early next year.

The two-week long hearings in Rutland could lead to a historic Supreme Court ruling on the constitutionality of the death penalty.

Plea bargains have become increasingly important in settling capital cases, McNally said, and there’s little doubt that if the Fell case occurred today the agreement would have been accepted.

The lack of a uniform standard for seeking the death penalty is one of many factors that has eroded public trust in capital punishment, according to Richard Dieter, executive director of the Death Penalty Information Center, who also testified on Friday. Although a majority of Americans still support the death penalty, Dieter said, growing numbers have expressed concern about the way it is applied.

Dieter said the majority of executions in the United States come from just 2 percent of counties. More than 80 percent of all executions take place in southern states. Beginning in the early 1990s, advances in science allowed for the use of DNA evidence in court trials. The first exoneration in a death penalty case due to DNA evidence occurred in 1993. According to the Innocence Project, 20 of the 342 people exonerated since then have served time on death row.

“Public support for the death penalty seems to be directly related to exposure of innocent people who are on death row,” said Dieter. “It’s a deal breaker for the public.”

Counsel for the U.S. government questioned whether the Death Penalty Information Center was a neutral source of information as Dieter characterized it. Attorney Sonia Jimenez read the titles of several reports published by the center: “Struck by Lightning: The Continuing Arbitrariness of the Death Penalty”; “The 2% Death Penalty: How a Minority of Counties Produce Most Death Cases at Enormous Costs to All”; and “A Crisis of Confidence: Americans’ Doubts About the Death Penalty.”

Asked if he was opposed to the death penalty, Dieter said he took a fact-based approach.

“It’s not a philosophical issue for me,” he said. “It’s not a moral issue.”

“The present system is broken,” he continued. “Can it be fixed? Maybe it can’t be fixed.”

The government will present its case next week in Rutland District Court.

Thanks for reporting an error with the story, "Fell’s defense: The federal death penalty is ‘irrational&..."