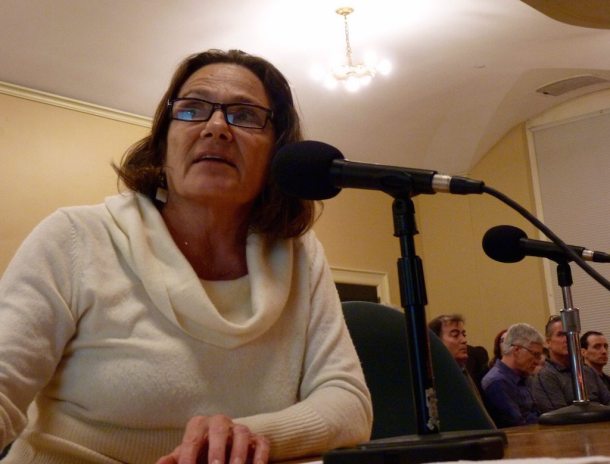 [A] new analysis of Vermont State Police data shows that racial disparities in traffic stops have increased in the five years from 2011 to 2015.

A similar analysis commissioned by state police, and released in May, showed that minority drivers are stopped, cited and searched by the Vermont State Police at a higher rate than white drivers. It also found white drivers were more likely than minorities to receive a warning, rather than a citation.

At the same time, a new report from The Sentencing Project, a Washington, D.C.-based advocacy group, shows Vermont is one of five states where black people are incarcerated at more than 10 times the rate of white people, which is double the national average.

One of the primary differences between the analysis of traffic stop data commissioned by state police and the analysis released Thursday by UVM’s Dr. Stephanie Seguino, is that Seguino looks at data from year-to-year, instead of aggregating the five years of data.

“What we wanted to see is are these disparities shrinking or growing?” Seguino said in an interview.

“What we find is the trends aren’t getting any better, and in some cases they’re worsening,” she said.

Both analyses show that searches of white and Asian drivers yielded contraband more frequently than searches of black or Hispanic drivers, despite the later two groups being more likely to be stopped, searched, ticketed and arrested.

“That is at a minimum evidence of inefficient policing, and is probably evidence of some kind of bias, implicit bias or other, in the decision to search black and hispanic drivers,” Seguino said.

Vermont State Police Captain Ingrid Jonas, who was recently appointed to the newly created position of director for Fair and Impartial Policing and Community Affairs, said she appreciates Seguino’s ongoing analysis of the data released.

“It’s serious information that we need to consider,” Jonas said, “This is not good news to receive.”

Collecting and publishing the traffic stop data, as well as hiring their own expert to do a review, is part of the agency’s commitment to addressing the racial disparities that result from troopers decisions, she said.

“We have issues that we need to look at squarely, and we’re not hiding from this,” Jonas said.

State police are looking at how they might revise training for new troopers as well as those already on the force, and Jonas said she is also working on initiatives to improve troopers cultural awareness and increase diversity through new recruitment and hiring practices.

Jonas said state police plan to show troopers data on their traffic stops, but there is no set timeframe for when that will occur.

“Not only will we show individual troopers, it’s going barracks-to-barracks and creating a fully dimensional view of all the work that takes place there,” Jonas said.

Using state figures and data reported to the federal Bureau of Justice Statistics from 2014, The Sentencing Project found in its report The Color of Justice, that Vermont has among the highest racial disparities in incarceration rates.

Mark Hughes, with the local advocacy group Justice for All, said in a statement that the incarceration rates, when coupled with the traffic stop data, shows a “culture of denial” in Vermont when it comes to the role of race in criminal justice.

“What the report shows is that, despite the efforts Vermont has made to reduce racial disparities in incarceration, the problem persists,” said Dr. Ashley Nellis, senior researcher at The Sentencing Project in a statement. 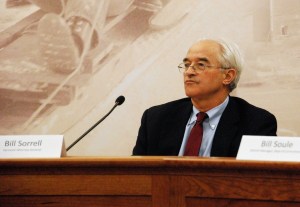 Attorney General Bill Sorrell acknowledged that the traffic stop data shows evidence of racial bias, but that questions remain as to whether that is “overt intentional racial bias, or if subconscious racial bias is driving the greater number of stops and charges.”

However, Sorrell said he’s not aware of any racial bias on the part of Vermont prosecutors, judges or juries when it comes to convicting and sentencing defendants.

Sorrell pointed to a study by the Vermont Crime Research Group submitted to the Legislature titled Race and Sentencing in Vermont, which found “no evidence of systemic racial bias in the sentencing decision.”

While the report acknowledged the disparities in incarceration rates, it concluded that, “when a defendant had an out-of-state record, regardless of race, it was a driving factor in the decision to incarcerate.”

That conclusion, however, was legislatively mandated to be considered in the study. As the report notes, the Legislature, “required that the out-of-state criminal history records of defendants be included in the analysis…because anecdotal evidence suggested that out-of-state defendants were strongly influencing sentences.”

There is also evidence that racial disparities exist in decisions about whether to grant probation, parole or furlough, also know as work release, to people in the criminal justice system.

While decisions about probation and parole require a judge’s order, DOC has full discretion over who is granted furlough.

The most recent DOC annual report for 2015 does not mention race at all. Lisa Menard, commissioner of the Department of Corrections, said a person’s race is recorded at intake for probation and parole, but that DOC does not track race in furlough decisions.

Vermont is also one of four states that does not report or collect data on ethnicity in corrections, making it impossible to know the incarceration rates for Hispanics in the state.

Menard said that her department is currently revising its booking and intake procedures and may decide to record ethnicity.

“We have been part of the conversation with the Criminal Justice Training Council in developing their Model Policy for Fair and Impartial Policing and continue to engage in conversations around appropriate training practices,” Menard said in an email.

The Vermont Criminal Justice Training Council recently finalized a new bias-free policing policy, which must be adopted by all law enforcement agencies in the state.

Hughes, with Justice for All, says racial bias can play a role in a number of decision points in the criminal justice system, beyond traffic stops.

Hughes urges policymakers to identify those points of discretion in the criminal justice system and “demand commitment to metrics, policy, training and corrective actions…to ensure that Vermont lives up to it’s narrative of openness and fairness.”

Tracking data and releasing it to the public will help Vermont measure whether it’s making progress toward racial parity, Hughes added.

Thanks for reporting an error with the story, "New reports show stark racial disparities in Vermont policing and inc..."