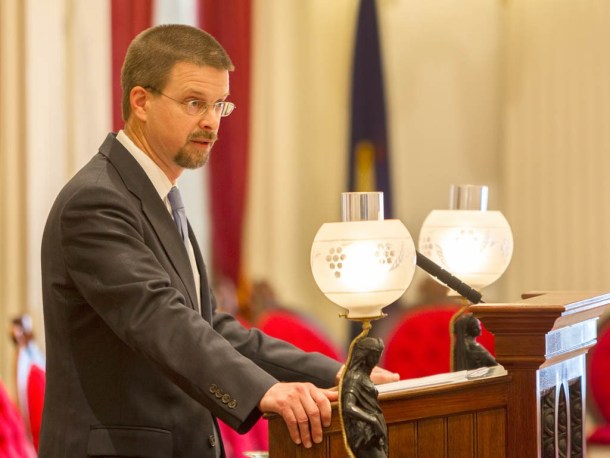 Legislative leaders have asked the State Board of Education to look into assertions that the universal pre-kindergarten law is exacerbating inequality for low-income families and to suggest what lawmakers should do about it.

“I had heard reports that there might be inequities in the implementation of Act 166,” said House Speaker Shap Smith. “I asked whether some information could be gathered so recommendations could be made to legislators.” The Senate Education Committee has also turned to the board for advice.

The board plans to consider at its May meeting whether to create a committee to delve into the issue. If members decide to move ahead, this would be new territory for the board, according to Chair Stephan Morse.

The goal of the panel would be to provide recommendations and even language for legislation that would correct the course of Act 166 implementation before it becomes entrenched, according to state board members.

“Now that we’re getting some experience under our belts (with the current program), it’s time to fix it. Otherwise, we institutionalize inequalities — and that’s not good for children, equity or democracy,” said board member William Mathis.

But some educators and an official in the Department for Children and Families have stepped forward to counter assertions that the law is unfair. There’s no hard evidence of that, they say.

Both the House and Senate Education committees, as well as the state board, have heard testimony from school superintendents and others that the law is being unfairly implemented. The main concerns are that some working and impoverished families can’t take advantage of the vouchers the state provides for 10 hours a week of pre-kindergarten for every child, because they can’t pay for the rest of the week.

Families may also lack transportation to get their children to a center or pick them up after the voucher hours and move them to day care for the rest of the workday.

State board member Krista Huling, who is expecting a child and has been looking at child care and early education options, said, “You cannot find something for 10 hours. You have to do 40. If you can’t pay for the other 30, you can’t do it.”

She hopes the board will take on the issue.

The board made clear it is not questioning the intent of the law that provides every Vermont family a $3,000 voucher to send their 3-, 4- or 5-year-old to an approved pre-K program of their choosing for 10 hours a week. But some are saying the kids who would benefit the most from quality early learning programs are not getting to take advantage of it. 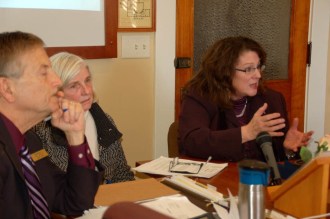 Reeva Murphy of the Department for Children and Families speaks to legislators about the implementation of the state’s universal pre-kindergarten law. File photo by Amy Ash Nixon/VTDigger

But Reeva Murphy, deputy commissioner of DCF’s Child Development Division, said it is too soon to know what is happening on the ground since only a quarter of the schools rolled out pre-kindergarten last year.

“We really haven’t seen evidence that low-income kids are not getting access to these programs,” she said. Of the voucher system, she added, “We aren’t sure it will drive inequality. … Our hope is it will open access for all families, particularly families of limited means. Right now, other than people’s sort of concerns and anecdotes, we don’t have any hard data that says inequalities have been created.”

A commission set up to provide research on how Act 166 has been implemented will deliver its report to lawmakers in January.

Members of the state board feel strongly that intervening early, before programs are firmly established, is the best way to improve the outcome for working and low-income families. “If you are an advocate for establishing a program, your interest is to get the program started and work out the bugs later,” said Mathis. He said he remains concerned that the longer the wait to fix problems, the more stakeholders will spring up around the issue and try to keep it running the same way.

Members of the Vermont Early Childhood Alliance and affiliates say they want to work with the state board because the testimony to the Legislature has been contrary to their experience.

Becky Gonyea, executive director of Vermont Birth to Five, said her group looked into this when it learned about the testimony being presented to lawmakers. The group surveyed eight of Addison Northeast’s pre-K partners — community-based child care programs that serve about 70 children. Of those served, 31 children, or 44 percent, were considered at-risk because of factors such as low family income or a native language other than English, Gonyea said.

“From their perspective it looks like the population of low-income, at-risk kids on average are represented well in these pre-K programs,” she said.

Gonyea added that Vermont offers child care financial assistance to families with incomes at or below 200 percent of the poverty level. This is in addition to the 10-hour voucher, and Gonyea said it allows families to take advantage of higher-quality programs. Of the 70 pre-K children considered in the Addison Northeast survey, in one program of 30 students, five are combining the assistance and voucher.

“So packaged together, what has happened in many instances is it has increased access to low-income kids,” she said.

Thanks for reporting an error with the story, "Education board asked to offer fix for concerns about pre-K law"