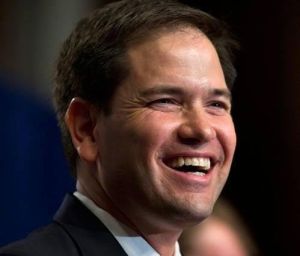 “I am pleased to announce my support for Sen. Marco Rubio,” Dubie said in a statement. “Sen. Rubio can win this election and put forward bold conservative ideas once in the White House that would ensure the American Dream is passed down to future generations. Sen. Marco Rubio is a strong conservative nominee who can win.”

Rubio, a senator from Florida, visited Vermont last year for a private fundraising event in Shelburne. He has not yet made a public appearance in the Green Mountain State.

Several prominent Republicans in Vermont have denounced Trump, the front-runner.

Dubie served as Vermont’s lieutenant governor from 2003 to 2011 and lost a bid for governor in 2010 against Democrat Peter Shumlin. Dubie is an airline pilot and served in the Air Force, retiring in 2012 with the rank of colonel.

At a news conference Thursday, approximately 30 Republican legislators also plan to officially endorse Rubio for president in the Vermont primary. Rep. Kurt Wright, R-Burlington, and three or four other lawmakers will speak to the press about the official announcement at 1 p.m. in the Cedar Creek Room at the Statehouse in Montpelier.

Thanks for reporting an error with the story, "Dubie endorses Rubio for Vermont’s presidential primary"