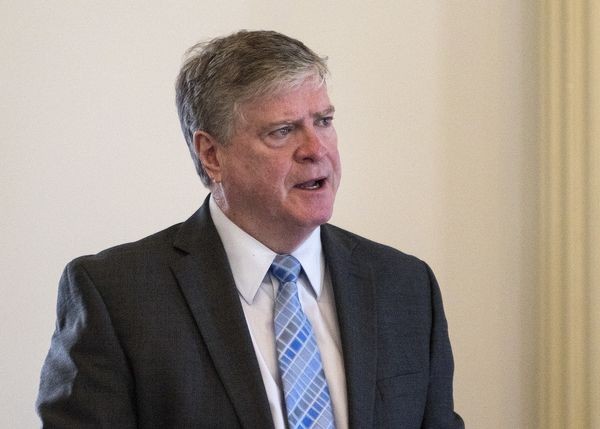 Following a dramatic vote-reversal last week, the Vermont Senate on Wednesday passed a bill to require employers to provide paid sick leave. The measure did not include an exemption for businesses with five or fewer employees.

The fate of that section of the bill had been in doubt when Sen. William Doyle, R-Washington, said — after the Senate had already passed the bill — that he wanted to change his vote. The exemption to let the smallest employers not have to provide the benefit had failed 15-14, with Doyle in the majority. Changing his mind meant the exemption would go through, so Senate leaders requested time to develop a strategy to not have that happen.

They were successful. In the end, the exemption was not included. Then the full measure passed the Senate easily.

Senate Democrats, led by Senate President Pro Tem John Campbell, D-Windsor, were able to defeat the exemption employing a rarely used legislative gambit — replacing one amendment with another. Campbell’s amendment called for the Vermont Department of Labor and Agency of Commerce and Community Development to conduct a survey of Vermont employers with five or fewer employees and report on it by Jan. 15, 2017, at the latest.

Employers with five or few employees had already been granted a delay until January of 2018 to have the law go into effect for their businesses.

The vote on the study replaced the so-called “Campion amendment,” which had called for the carve-out for employers with five or fewer employees.

The Campbell replacement amendment passed 15-14. Because Doyle had changed his mind, Campbell needed to find another vote. It came from Sen. Richard Sears, D-Bennington.

The bill will now go to the House and by week’s end, it will be in conference committee or, though it’s now less likely, go to the full House, which could vote to concur.

Campbell was pleased with the outcome.

“I believe it’s extremely important for people who are either ill or their children are ill to have the ability to feel comfortable taking a day off rather than forcing themselves to go to work because they can’t afford to lose a paycheck. And really that’s the crux of this whole thing. Some people call it a labor bill. I’ve called it a social bill with a health care component,” Campbell said.

“I believe we have a very strong bill and I think we’ve taken into consideration the concerns of businesses and small businesses,” Campbell said. “I’m hoping that the House will recognize as such.”

Gov. Shumlin supports the bill and did not support the five-employer or fewer exemption.

“Today’s vote to not exempt Vermont’s very smallest businesses from yet another mandate is a sign that the Legislature does not understand how difficult it is to do business in our state. As someone who has been both an employee and an employer, I understand the importance of treating employees well and making a payroll,” Scott said.

“It was my hope the Senate would have adopted this exemption, thereby avoiding an additional mandate and burden on Vermont’s smallest businesses while also expanding sick leave to many Vermonters who don’t have it today. I have confidence that Vermont’s business community wants to do the best thing for their employees, but in order for them to accomplish that, we need to give them the flexibility and room to grow.

Sears, who voted for the Campion amendment last week, said he had heard from a number of constituents who were unhappy with his vote last week. He hinted broadly that he no longer supported the exemption.

Today began with what in legislative language is rather quaintly called “Consideration Reconsidered.” Campbell made the “Substitute Proposal of Amendment” providing for the survey of employers with five or fewer employees. It is to focus on the cost of providing earned sick leave to this subset of Vermont businesses. The report will go to the General Assembly just as the bill takes effect next year.

Campbell said he felt confident that he and his fellow lawmakers will be able to adjust the bill once they have the findings.

Campbell said his amendment was intended to get more information before the smallest employers have to put the rules into effect in 2018.

“We all have been in the situation of having a work colleague come in with a flu or virus and we’ve seen friends who have children who cannot afford to stay home and miss that paycheck,” Campbell said. “On the other hand, the question has come up of the impact something like this can have on ‘mom-and-pop’ employers. Some say it’s only a few hundred dollars, but what some of us don’t understand is how many things they have to deal with.”

Throughout debate on the bill, legislators have shown frustration at the lack of hard data on such things as how many small businesses will now be required to pay for sick leave because they don’t offer this benefit now, what the actual costs will be across the range of businesses, and how many employees would be left out of the 60,000 or so the law is intended to help if there are carve-outs for the smallest businesses.

The best estimate of how many employees would be affected by the five-and-under exemption was 13,000, according to the Department of Labor. But in testifying before the Senate committee on a proposed carve-out for businesses with four or fewer employees, Department of Labor Commissioner Annie Noonan had to stress that the DOL has had to rely on figures from a 2013 Fringe Benefits Study of private employers that shows business sizes beginning with those with three to nine employees.

The successful Campbell maneuver was the fruit of several conversations over the weekend, according to Sen. Christopher Bray, D-Addison, who had seen it used effectively in the past. It actually involved two votes. First the Senate had to vote in favor of substituting the Campbell amendment for the Campion amendment and only then could it vote on Campbell’s amendment to the bill. Thanks for reporting an error with the story, "Senate passes sick leave bill without small business exemption"