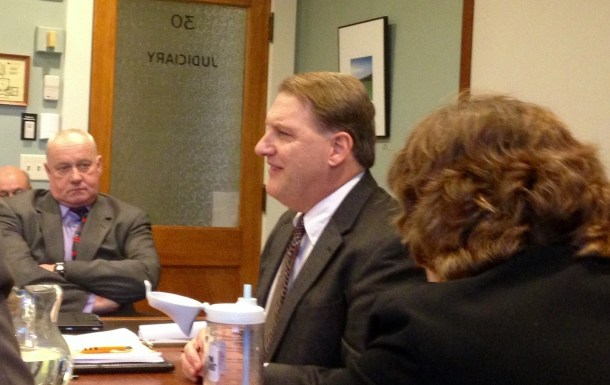 [B]etween court and lawyer fees, counseling, insurance and rehabilitation courses, a conviction for drunken driving in Vermont comes with a price tag as high as $10,000.

Now, lawmakers are considering a bill that would add several hundred dollars to the tab. It would require Vermonters to get an interlock device — a machine that connects to a car’s ignition system and requires drivers to pass a breath test for blood alcohol content — before getting back on the road.

Some say mandating the devices would make the roads safer and minimize the post-DUI disruption to employment and other aspects of rural life. But others, including Defender General Matt Valerio, say the proposal is unfair to low-income Vermonters because of the additional cost.

The interlock requirement is just one part of H.560, a 63-page bill that aims to improve traffic safety laws, particularly around driving under the influence and protections for bicyclists and pedestrians.

Rep. Willem Jewett, D-Ripton, the primary sponsor of the traffic safety bill, began work on it after an Addison County resident died in a crash involving a drunken driver last year.

“I started looking at the laws for whether we really were being as tough on the drunk driving DUI as we think we are,” Jewett said.

In addition to requiring interlock devices for first-time DUI offenders, the bill would automatically suspend drivers’ licenses 11 days after they are notified by mail that they’ve been cited on a DUI charge. Automatic suspension is standard procedure for a second or subsequent citation — but not for the first.

This is another point of contention for the defender general, who says creating automatic suspension for people accused of DUI for the first time does away with a core constitutional right: due process.

The bill also clarifies and amends traffic laws involving so-called vulnerable users of Vermont roads, including cyclists and pedestrians. It also creates a criminal penalty if injury occurs when a vehicle passes a vulnerable user.

“The current rules of the road, if you will, were written without regard or without much regard to vulnerable users,” Jewett said. 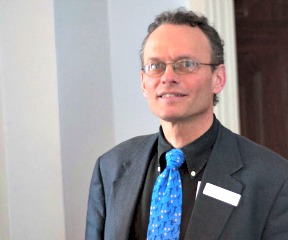 He said the bill is in an early stage. There is still work to be done on the interlock device requirement, he said, including discussion of the cost, but testimony so far has been supportive. “It makes the road safer,” Jewett said.

Under current Vermont law, interlock devices are not required, but drivers can elect to install a device and can drive legally under a restricted license. H.560 would require DUI offenders to use an interlock device for the period of the license suspension before they can get their full license reinstated.

“Without the warts, if you just passed this you would have the strongest ignition interlock law in the country,” Fralick said.

The installation cost of the device with his company ranges from $75 to $150, he said. Then, clients lease the device for $84.95 a month for the duration of the license suspension.

Fralick also outlined payment plans for indigent offenders, who would be unable to get back on the road if they can’t afford the interlock device.

But some say the cost is too much for many Vermonters, especially on top of the expense already associated with a DUI.

Before getting back on the road, offenders have to pay court fees and higher insurance rates. They also must take a mandatory rehabilitation course and attend half a dozen counseling sessions. The cost, in all, can be several thousand dollars, according to Frank Twarog, a Burlington-based attorney who is a member of the National College for DUI Defense.

The interlock requirement could be one expense too many, Twarog said.

“At a certain point, my fear is that people are going to just operate unlawfully because they can’t afford to go through all the hoops that are required for reinstatement,” Twarog said.

Valerio said he expects the legislation would have a disproportionate impact on the defendants his office represents. Interlock devices are simply too expensive for many people in Vermont, he said.

He questioned whether the state needs to revise the laws for first DUI offenses at all, and whether the bill would significantly increase the safety of bicyclists.

Altering the laws around DUI could affect thousands of people, Valerio said.

“When you tinker with stuff that people think is simple, that’s the one where the minor rumble in the ocean turns into a giant wave that causes problems,” Valerio said.

Windsor County State’s Attorney David Cahill, who is also acting director of the Department of State’s Attorneys and Sheriffs, supports reforming the state’s DUI process and streamlining it.

Cahill disputed the argument that the interlock device would be too expensive for many Vermonters. People from all socio-economic levels face DUI charges, he said.

“With all due respect, affordability is not the big issue here,” Cahill said. The monthly cost of the interlock device is less than what most people spend each month on gas, he said.

The House Judiciary Committee is also considering a bill penned with Cahill’s assistance that would overhaul the state’s civil license suspension system in an effort to make it easier for low-income Vermonters to get back on the road when their license has been suspended because of a failure to pay traffic fines.

Cahill argues that the DUI bill is different because it deals with people whose licenses are suspended because of safety reasons — not simply because of a lack of money. Moreover, the expense of the interlock device is relatively small in the total expense of a DUI, he said.

“But it is the only DUI-related cost that can save an innocent person’s life and also save the offender’s job,” Cahill said.

Cahill described the interlock device proposal as “a win-win.” It’s a step for public safety because it ensures those drivers are sober when on the road, and it allows more people to avoid license suspension and the disruptions to life that come with it, he said.

Chauncey Liese, chief of driver improvement at the Department of Motor Vehicles, said that in the early stages of reviewing the bill, the department anticipates the policy would increase its workload. The department may need several new positions to get through the work that would come with mandatory interlocks, Liese said.

However, he said the department will solidify its position on the bill as lawmakers continue to work on it.

Thanks for reporting an error with the story, "Bill would require interlock devices for all DUI offenders"