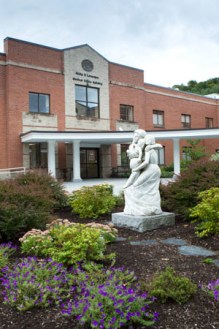 [A] hospital that was cited this summer for poor treatment of psychiatric patients is calling on the state to take better care of Vermonters experiencing severe mental health problems.

Gifford Medical Center in Randolph is a rural hospital with 25 beds total and six beds in its emergency department. The Division of Licensing and Protection determined on Aug. 26 that Gifford didn’t comply with five federal standards for treating psychiatric patients.

Regulators deemed that staff involuntarily medicated a patient with Benadryl, an allergy medication, and Haldol, an antipsychotic medication, in the emergency department.

“There was no reason given in the orders for the involuntary medications, as required,” the review said. “Additionally, the (nurse) who administered the medication failed to document the patient’s response to and the effect of the medication in the medical record.”

Between 20 and 25 people per day are admitted to Gifford Medical Center. It is one of 14 hospitals across the state, and one of eight hospitals that the federal government considers “critical access hospitals,” meaning it’s small and located in a rural community, among other criteria.

Ashley Lincoln, a spokesperson for Gifford Medical Center, says that between June and September, 526 people who were discharged from the emergency room had some form of psychiatric condition — ranging from anxiety associated with being injured to combination schizophrenia and post-traumatic stress disorder.

Many of the patients in question have been issued involuntary hospitalization orders and are in the custody of the Department of Mental Health. They are awaiting so-called “Level 1” beds for people who need one-on-one treatment and are at risk of hurting themselves or someone else. Vermont has 45 of those beds, down from 54 five years ago, and psychiatrists across the state have criticized the state for not having more.

“Once they reach our emergency department, it really is a failure of the system,” White said. “Once they’ve reached our ER doors, the system’s already failed them, and then we have them for anything between four hours and 10 days.”

Dr. Martin Johns, the chief medical officer at Gifford Medical Center, said his staff cares about the community, and all of the staff are learning how to treat severely ill psychiatric patients. But he has his doubts about the system.

“It’s always a big deal,” Johns said of the Aug. 26 review. “We strive very hard to do the best we possibly can. I think this particular (situation) illustrated the prototype of patient that’s very difficult for a small hospital like us to absorb.”

Johns said the hospital has tried to train staff “to do the best possible job that we can with our patients.” But he says Gifford is small and doesn’t have the resources and staff to manage psychiatric patients well.

“Think of someone who’s having a heart attack,” White said. “Everyone who has an emergency room has patients who come in with heart attacks. You get very good at getting them the immediate care they need and getting them transferred as soon as possible to a tertiary facility.”

White says the reality is there is a dual system in which medical patients are moved through the system more quickly than psychiatric patients.

Gifford Medical Center will hold a public meeting Nov. 20 with several invited lawmakers from Orange and Windsor counties to discuss the issue. As it stands now, Vermont has 45 “Level 1” beds for people in psychiatric crisis, down from 54 when the state hospital was operating in Waterbury. This summer, the state hospital had trouble staffing the Berlin hospital.

In August, Frank Reed, commissioner of the Department of Mental Health, said the state has enough beds in the mental health system. He said the emphasis should be on getting long-term patients out of the psychiatric hospitals and into the community.

Thanks for reporting an error with the story, "Gifford Medical Center asks state to improve its mental health system"