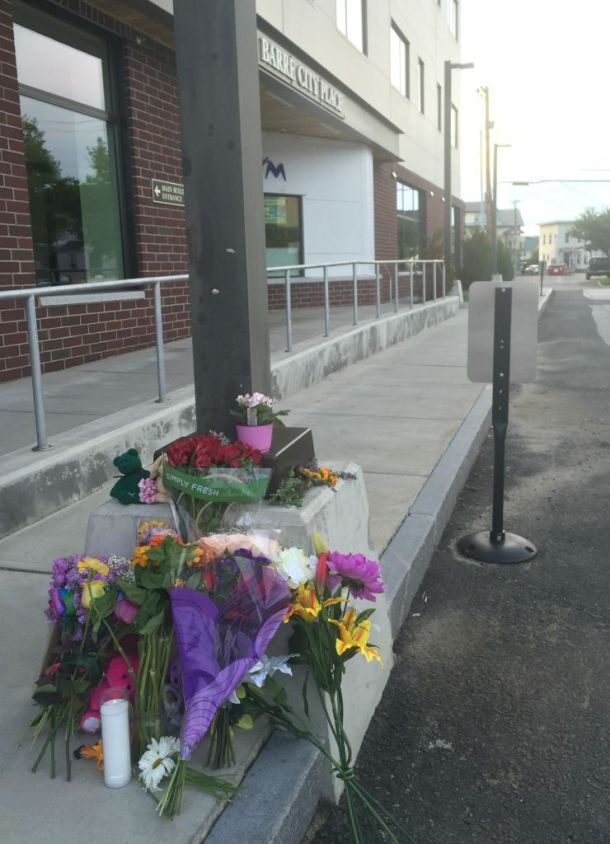 [I]n the aftermath of the shooting of a social worker with the Department for Children and Families last week, lawmakers reflected on safety policies for workers.

Lara Sobel, a 14-year veteran social worker with DCF, was shot and killed as she left work Friday. Her alleged attacker, Jody Lynn Herring, had recently lost custody of her 9-year-old child.

Rep. Ann Pugh, D-South Burlington, is a social work lecturer at the University of Vermont. Sobel was one of her students.

“As a community, we need to come to grips with the fact that we’re not different, and mourn the loss of our innocence,” Pugh said.

It’s a risk that Pugh knows personally. Before teaching at UVM, she worked as a social worker herself.

While Sobel’s death should prompt reflection, Pugh said, there is “no law that could have prevented this tragedy.”

Social workers are at times targets of violence, Pugh said, but incidents are rare in Vermont. “I think we felt here in Vermont we were different.”

Social work, as a profession, comes with inherent risks, Pugh said, and employees of DCF face tense and challenging situations every day in the course of their jobs.

But Pugh warned against a “knee-jerk reaction” by lawmakers. “Worker safety is different than what happened here,” Pugh said.

Secretary of Administration Justin Johnson said Tuesday that the agency will conduct reviews of all state office locations, including both state-owned and leased properties. Included in the review will be a review of protocols for staff members that work in the field, like DCF workers.

Johnson said that although safety protocols won’t be able to protect staff all the time, the review will allow state government an opportunity to increase security at and around state workplaces. There is no indication that security procedures failed, he said.

DCF would not release information about department safety protocols on Tuesday. Publicizing that information, officials said, could compromise the safety of staff.

In the immediate future, there will be increased security in some DCF locations around the state, according to the department.

A 2005 survey of more than 1,000 members of the National Association of Social Workers across the country found that nearly a third experienced a physical assault by a client at some point in their career.

In the last legislative session, Pugh proposed a bill that would have required departments of the Agency of Human Services and programs that contract with the agency to establish safety protocols for all workers who come into contact with clients, including mental health workers and social workers.

The bill stalled in committee. Pugh says the Legislature’s role in setting safety standards is unclear, but “if you’re going to do this kind of work you need to know that your agency has your back and that worker safety is important.”

Sen. Dick Sears, D-Bennington, who chairs the Senate Judiciary Committee, said personal safety is a common concern in the field of social work.

“I doubt there are any social workers who haven’t at some point felt some sort of fear for their safety,” Sears said.

In the course of his career working in residential homes for troubled youth, Sears said at times he felt he was at risk.

Sears introduced a bill in 2014 that would have made threats to personal safety a crime, carrying a penalty of $1,000 or a maximum sentence of six months in prison.

But new statutes wouldn’t necessarily have a practical impact, Sears said, emphasizing that Herring’s shooting of Sobel is an atypical incident. “[Laws] don’t stop somebody like this,” Sears said.

Thanks for reporting an error with the story, "Lawmakers mourn Sobel, acknowledge the dangers social workers face"