The Department of Corrections announced a new contract for out-of-state prisoners Tuesday. 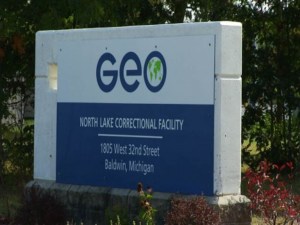 Some Vermont inmates will be moved to the North Lake Correctional Facility in Michigan under a new state contract with GEO Corp. Courtesy photo

There are currently 318 out-of-state prisoners, compared with nearly 500 last June, and Department of Corrections Commissioner Andy Pallito expects the total number will drop below 300 in the near future. An unspecified number of inmates are due to return to Vermont from Kentucky later this week.

“Our goal is still fixed on shutting the program down,” Pallito said, noting that the long-term closure factored into the new contract negotiations.

The downward trend in Vermont’s out-of-state population is in tandem with a declining number of people in the state’s correctional system. The Legislature has enacted a number of policies that have contributed to lower populations, Pallito said. 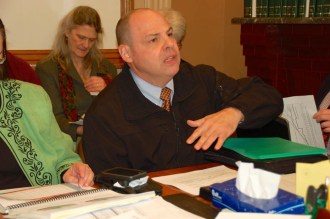 He expects Vermont’s prison population will further decline with the rollout of a new pretrial services program later this year that will divert people with mental health and addiction problems into treatment instead of jail.

Ultimately, Pallito would like to see Vermont move away from out-of-state prisons entirely within a few years. When prisoners are out of state, the department has less supervision of those inmates.

“Whenever you’re doing business with an out-of-state entity like this, it does have some liability to it,” Pallito said.

The new contract will cost about $7.2 million in FY 2016 — approximately $5 million less than was appropriated for the current fiscal year’s out-of-state expenses.

According to the news release, the department estimates that annually the GEO contract will cost $2,055 less per prisoner than it would have cost to stay with CCA.

The new arrangement with GEO will have some differences from the current contract with CCA. Transports to and from Vermont will be by plane from an airstrip in Springfield. Pallito expects that they will begin transferring prisoners from Arizona and Kentucky to the Michigan facility in about five weeks.

The facility in Michigan will have video visitation for prisoners, as well as educational programs and vocational opportunities — all of which had been available through CCA.

Suzi Wizowaty, director of Vermonters for Criminal Justice Reform and a vocal critic of the out-of-state program, said that there are not many differences between CCA and GEO.

Last month, Vermonters for Criminal Justice Reform delivered a petition of several hundred signatures to the governor calling for an end to the out-of-state program.

Wizowaty said the state has made some progress in reducing the prison population, citing greater access to community justice centers and the forthcoming pretrial services program, but she still sees significant room for improvement.

The state could cut down on its prison population by changing policies like returning people to jail for violating conditions of release that are not related to their original offense, she said. There are also at least 200 prisoners who have served their minimum sentence but are not being released from the corrections system because of inadequate housing.

“This is a responsibility shared by the Legislature, the courts, the state’s attorneys and the DOC,” Wizowaty said.

Thanks for reporting an error with the story, "Out-of-state prisoners headed to Michigan"