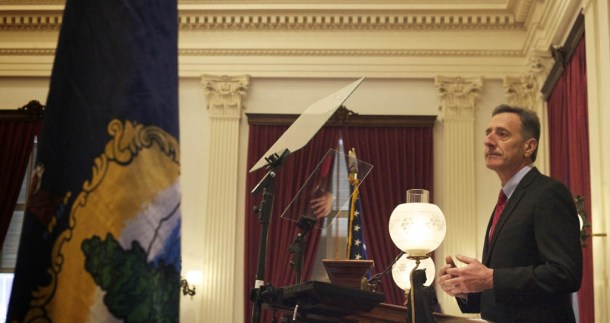 [A] landmark bill aimed at curbing the flow of pollution into Vermont’s waterways cleared the Senate on Tuesday, setting a road map for water quality initiatives yet to come.

The Senate voted 27-2 to pass a $7.5 million water quality bill, H.35, that is funded in part by a 0.2 percent surcharge on the state’s property transfer tax. The bill also includes fees on pollution permits, medium and large farm registrations, and the sale of non-agricultural fertilizer and pesticides.

The House voted Wednesday to concur with the bill, sending it to the governor's desk. Gov. Peter Shumlin has said he supports it.

The bill spends $2.6 million next year to support eight new positions at the Agency of Agriculture and 13 at the Department of Environmental Conservation. The agencies will use the money for education and outreach as well as for enforcement of water quality regulations.

“We’re going to have more people out in the field working on water quality,” said Sen. Chris Bray, D-Addison, chair of the Senate Natural Resources Committee.

In the years ahead, the bill expands the state’s authority to regulate stormwater runoff from farms, roads, cities and direct pollution from wastewater treatment plants. Over the next year, the Shumlin administration will draft rules to implement new water quality programs.

Kim Greenwood, water program director at Vermont Natural Resource Council, said the bill is like a “prescription” for the next couple of years. She said the public should keep pressure on the administration as the rules are written.

“The real substance of what’s to come is yet to be proposed,” Greenwood said.

The administration has said it needs time to develop new regulations, including pollution control measures for farms. Last year, Shumlin said he did not want to spend any money on water quality initiatives, but later made the topic a focus of his inaugural address at the start of the legislative session.

Shumlin said Monday that the Senate passed a “strong bill” to clean up the state’s waterways and restore Lake Champlain.

“Cleaning them up is not only important to who we are as Vermonters, it is integral to the state’s environmental and economic health. Both the House and the Senate have now acted to do that, and I look forward to signing a strong water quality bill into law,” Shumlin said.

Phosphorus pollution from runoff and wastewater discharges causes toxic algae blooms that have killed fish and caused the health department to close beaches on Lake Champlain. State officials have said the toxins could be a problem for drinking water supplies drawn from the lake. Dozens of Vermont’s lakes and streams are impaired, the state says.

The bill creates a Clean Water Fund to keep track of money for water quality. It also requires an audit of how money from the fund is spent and whether water quality projects have been effective at reducing pollution. A board composed of administration appointees would make budget recommendations on how to spend the money.

The state now awaits a decision from the Environmental Protection Agency on whether it will approve a plan filed by the Shumlin administration last year to improve water quality in Lake Champlain. The EPA will consider whether the state has the authority and the money to implement the plan when making the decision.

An EPA official said Tuesday the agency plans to release a draft Total Maximum Daily Load, or TMDL, for public comment by the middle of July. EPA models indicate the state’s current plan will not achieve the require phosphorus reductions.

Last week, the stage was set for a fight over water quality funding. But that changed Monday when a group of lawmakers presented a proposal to place a 0.2 percent surcharge on the property transfer tax, which is paid by the buyer when closing on a property. The funding mirrors a $7.7 million water quality bill passed by the House in April.

Sen. Tim Ashe, D/P-Chittenden, chair of the Senate Committee on Finance, supports the policies in the bill, but said he voted against it because he did not think the property transfer tax was a fair way to fund water quality initiatives.

“It just has nothing to do with water quality,” Ashe said.

The property transfer tax sunsets in 2018, after which lawmakers expect to replace it with another funding option. Many lawmakers wanted to come up with a tax policy under which taxes are based on the amount of pollution created by certain properties.

The costs of the cleanup remain unknown, according to the administration. A 2013 report found it would cost $156 million per year for 10 years to restore Vermont’s water quality to state standards. Another April report found it would cost from $66 million to $172 million to upgrade wastewater treatment plants in order to achieve the phosphorus reductions proposed under the state’s Lake Champlain cleanup plan.

Thanks for reporting an error with the story, "Water quality bill headed for governor's signature"

Two Vermont brands team up to connect with consumers

Howard Center staff recognized for their years of service