[A]n economist says the Shumlin administration’s plan to make more businesses eligible for a cash incentive program would cost up to $25 million per year and force workers onto public assistance. 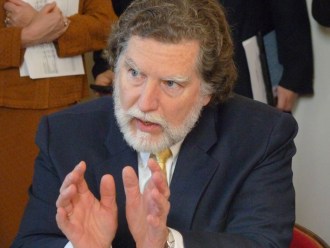 Endorsed by Gov. Peter Shumlin, the provision of S.138 lowers the wage a company has to pay workers in order to qualify for the Vermont Employment Growth Incentive, or VEGI, from $14.64 per hour this year to $13 per hour, the livable wage level set by Joint Fiscal Office.

The $13 per hour figure assumes two adults living together in a two-bedroom home, who share expenses, have no children, and have employers that pay 80 percent of health insurance costs.

Tom Kavet, an economist who prepared a memo for the Joint Fiscal Office, said under the lower wage, “the job holder could qualify for thousands of dollars in annual assistance and could receive several thousand dollars per year less in income than the current standards.”

The program was launched in 2007 to replace the Economic Advancement Tax Incentive program. It awards cash incentives to companies that create jobs in Vermont. The jobs must be new and under current regulations must pay 160 percent of minimum wage plus benefits.

The Shumlin administration’s plans, Kavet said, “serve to diminish the public return on investment from this program by lowering standards, eliminating basic fiscal controls, or allowing public subsidies when they would not previously have been allowed.”

The total expected cost to the state is between $10 million and $25 million.

The Vermont Employment Growth Incentive was designed with a variety of safeguards that have compensated for the unprovable “but for” factor, according to Kavet. A company must prove to the Agency of Commerce and Community Development that it would not be able to add jobs, or that it would only be able to add jobs “in a significantly less desirable way” without the incentive.

The VEGI program changes are built into the jobs bill, which is currently in Senate Finance but is expected to be on the Senate floor by Tuesday. Sen. Tim Ashe, D/P-Chittenden, chair of the committee, and Sen. Mark MacDonald, D-Orange, the vice chair, both oppose the VEGI changes included in S.138.

“The incentive was established to bring in high-paying jobs,” Ashe said. “The reason for the caps in the first place was the balance. If we get rid of the caps people worry that it might become kind of a floodgate.”

Pat Moulton, secretary of Commerce and Community Development, defended the change to the VEGI program on Friday. Moulton said she would rather employ a Vermonter at $13.50 per hour than let the jobs go elsewhere. Employees can move up from lower-paying jobs, she said.

“We’re competing globally for jobs. We’re competing regionally for jobs,” Moulton said. “Folks can question the 'but-for' all they wish, but companies do pledge and swear and sign a document that says but for these incentives those jobs wouldn’t exist.”

Moulton said the agency requires all VEGI employers to give a benefits package, in which the company usually pays 75 percent or more of health care costs. The program also has better oversight than similar job growth programs in other states, she said.

Thanks for reporting an error with the story, "Economist: Shumlin VEGI plan would cost $10 million to $25 million"