[T]he Vermont Senate rejected a last-ditch effort Wednesday to require photo identification at the polls as part of a same-day voter registration bill.

State senators amended an original version of the Election Day voter registration bill last week and delayed implementation of S.29 until 2017 — after the next presidential election. 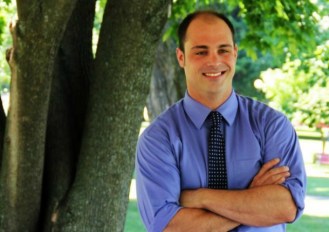 Sen. Dustin Degree, R-Franklin, last week attempted to delay S.29 until the Secretary of State’s Office could prove in writing that all polling places had adequate broadband. Degree wanted to ensure that town clerks could get access to the secretary’s online voter checklist. He abandoned that amendment Tuesday.

Degree instead offered an amendment that he said would help prevent voter fraud. He proposed that Election Day registrants be required to provide photo identification plus proof of address — such as a bank statement, utility bill, copy of a paycheck, or other government document.

“Fraud may be miniscule, but in a state that sees elections won by four and five and six votes, it’s not a large amount of voter fraud that’s needed to change elections,” Degree said on the floor.

Sen. Jeanette White, D-Windham, said Degree’s amendment would have created “two tiers of voters” — those who register without identification and those who do. White said the specter of voter fraud was “not a compelling enough reason” to pass the amendment.

Sen. David Zuckerman, P/D-Chittenden, said in an interview that the proof of address requirement could disenfranchise students.

“I could certainly see a first-year or second-year student not having those documents,” Zuckerman said. “Maybe they haven’t moved off campus or they haven’t changed their checking accounts.”

“They [photo ID laws] disproportionately disenfranchise the young, the elderly, the poor, and those who live in rural parts of our state,” Balint said.

Balint cited a 2007 study from New York University’s Brennan Center for Justice, which concluded “that most allegations of fraud turn out to be baseless — and that of the few allegations remaining, most reveal election irregularities and other forms of election misconduct.”

Following the floor debate, members struck down Degree’s amendment 21-7. The Senate passed the underlying legislation, S.29, with implementation in 2017, on a voice vote. It now moves to the House.

Secretary of State Jim Condos released a statement commending the Senate for passing a measure he said would increase voter turnout.

“Vermonters are busy people who, while civically minded, have many other obligations,” Condos said. “Whether someone is moving the week before the election, has just turned 18, or simply forgot to register because life is busy, they should be encouraged to participate.”

Karen Richard of the Municipal Town Clerks Association said the fight isn’t over. The clerks convinced the Senate to pass the bill with the delayed implementation date, Richard said, and they will work over the next year and a half to require voter ID and a deadline on absentee voting.

“The clerks are opposed to not showing ID on the day of the election,” Richard said. “We thought instead of fighting for every piece, we would push back the date and then work with the Secretary of State.”

Steven Jeffrey, executive director of the Vermont League of Cities and Towns, said Tuesday his members opposed the bill because of concerns over potential logistical problems associated with Election Day registration.

Thanks for reporting an error with the story, "Senate passes same-day voter registration, rejects photo ID"