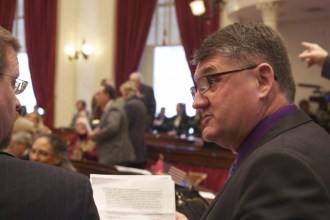 A bill aimed at restoring the state’s polluted waterways will be taken up by the full House next week.

The House Fish, Wildlife and Water Resources Committee voted 8-1 Friday to approve a final water quality bill, H.35. The bill is scheduled to be voted on by the full House on Tuesday or Wednesday.

The bill puts in place new pollution control measures designed to curb runoff from farms, roads and developed areas. The bill also raises about $8 million next year for water quality programs through new fees on polluters and a 0.2 percent surcharge on the property transfer tax.

House Democrats and the Shumlin administration support the bill, but Republicans, including those that say they support water quality, are divided on funding.

The bill calls for $1 million to fund seven new staff positions at the Agency of Agriculture, Food and Markets through farm certification fees and fees on feed, pesticides and non-agricultural fertilizer. It also raises $1.3 million for 13 new staffers at the Department of Environmental Conservation.

Supporters say the workers are needed to implement the state’s water cleanup plan, but House Republicans differ on how to pay for it.

“This is not the time to be growing state government. And that’s primarily why I’m against the bill,” said Rep. Thomas Terenzini, R-Rutland, who voted against the bill in House Fish, Wildlife and Water Resources. “We all want clean water.”

But rather than raise the property transfer tax, Turner suggesting freezing the distribution of those tax receipts to other programs at 2015 levels — the majority of the revenue goes to the Housing Conservation Trust Fund. He said any additional money raised through the transfer tax could be used to leverage bonds.

Turner said his proposal would raise $4.2 million. The proposed surcharge would raise $5.7 million in 2016, according to the tax department. The property transfer tax is currently 1.25 percent of a property’s sale price. A 0.2 percent increase on the purchase of a $200,000 property would raise the transfer tax paid by the buyer at closing from $2,500 to $2,900. 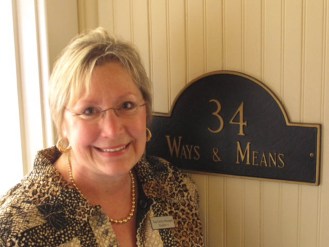 Rep. Carolyn Branagan, R-Georgia, vice chair of the House Ways and Means Committee, voted for the fees and the surcharge. She said the fees will be used to help farms in Franklin County meet water quality standards.

It could also address an issue of tourism, she said. Businesses are having trouble attracting tourists because the northern bays are covered with blue-green algae caused by phosphorus runoff, Branagan said.

“There is a large resort up in Highgate, which is just a few miles from the district that I represent, and they can’t sell those rooms,” she said.

Lawmakers are well aware that the Environmental Protection Agency is watching to ensure the state backs up its Lake Champlain cleanup plan with the funding and authorization to carry it out. The EPA is now enforcing the Clean Water Act after it was sued by the Conservation Law Foundation in 2008.

But that’s not why some lawmakers are supporting the bill.

“It’s the right thing to do,” said David Deen, D-Putney, chair of the Fish, Wildlife and Water Resources committee. “It may be the best piece of water legislation that I’ve been involved in in 25 years.”

Landowners, farmers and municipalities will be required to reduce pollution runoff under the bill, according to Julie Moore, former state water quality czar and now a scientist at Stone Environmental, a consulting firm based in Montpelier.

“This creates some regulatory backstops that will address the folks that so far have told us they're not interested,” Moore said.

Many environmental groups generally support the bill, but they say more tools are needed to curb fertilizer runoff from farms. They also say more money should be raised this year.

“It’s definitely not perfect, but I think it is an important step in the right direction,” said Lauren Hierl, political director for Vermont Conservation Voters.

The bill allows the Agency of Agriculture to issue civil penalties for pollution violations. The state could also remove farmers from the state’s current use program if they fail to address water quality violations.

But Turner said there should be more enforcement “teeth” for municipalities, farmers and commercial property owners who ignore the state’s water quality laws.

“I feel that we have to have some of that in this bill because it's unlikely you're going to see another bill passed in a long time to address this issue,” he said.

Thanks for reporting an error with the story, "House GOP may offer changes in lake cleanup bill"