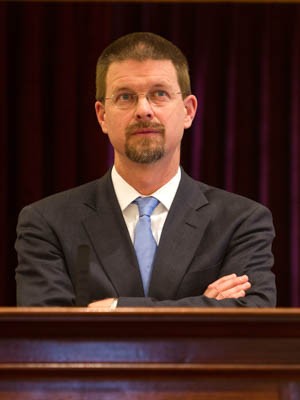 [H]ouse Speaker Shap Smith, D-Morristown, says Vermont Health Connect can’t continue to underperform in perpetuity, and at some point the state will need to “fish or cut bait.”

The ongoing payment and billing problems customers are having and the inability for them to make changes to their coverage or information quickly and easily is very troubling, Smith said in a recent interview with VTDigger.

“There are legitimate reasons to think that many of the issues are going to be corrected but we don’t know that for a fact. So at this point in time, I think it’s important for all the business markets and, quite frankly, for individuals to know they’re not shoehorned into something that they don’t think is working correctly,” he said.

State officials have said the automated change of circumstance function, the source of much of the exchange's frustrations, will go live in April. That will end the costly and labor-intensive process in which state employees and contractors enter those changes manually.

If that’s the case, the conversation about alternatives may prove unnecessary, Smith said, but lawmakers can’t count on that happening given the exchange’s history.

One option Smith floated is to see if there’s a way to allow people in the individual market to purchase insurance directly from the carriers participating in the exchange, the same way that small businesses do.

The challenge there, Smith said, is whether the state and carriers can find an alternative mechanism to determine people’s eligibility for subsidies or Medicaid when they sign up, and he acknowledged such an alternative would rely heavily on the carriers’ willingness to participate.

Smith said the House will also give serious consideration to Rep. Patti Komline’s proposal to transition from the current state-based exchange to a new category of exchange called a supported state-based marketplace (SSBM). Several other states, including Oregon and Nevada, are using an SSBM, but there is a dearth of information from the feds about how they work.

Smith said he was part of a conversation with officials in Oregon to find about more about how SSBMs work, and though he’s not sold, he hopes the House Health Care Committee will continue to weigh it as an option.

“It’s not clear to us that that mechanism is one that would work for the Medicaid populations, and it probably would still require us to have Medicaid software in place,” he said.

He’s also concerned Vermont could lose the ability to offer additional subsidies on top of what the feds provide, if they rely more heavily on the federal exchange. Another question is whether the transition could happen before the next open enrollment period in November.

Then there’s the matter of the the King v. Burwell Supreme Court case that could prohibit states using the federal exchange from offering subsidies at all. Smith said he’s not as sure as some others in the Legislature and elsewhere that an SSBM exchange would bypass a court ruling against the Obama administration.

Others who are calling for Vermont to join the federal exchange are “too cavalier” in discounting a loss for the president at the hands of the Supreme Court, he said, saying the case is in his mind a “jump ball.”

However, the current state of affairs at Vermont Health Connect isn’t sustainable or fair to those required to use it, he said. After the high court rules, which it’s expected to this spring, if the exchange isn’t working as advertised, it will be time to look for other options, Smith said.

“I think it’s going to be really important to see what happens in May, and at some point in time you’ve got to fish or cut bait,” the speaker said.

Thanks for reporting an error with the story, "Lawmakers wise to look at Vermont Health Connect alternatives, Speake..."