Vermont lawmakers plan to craft a new renewable energy program requiring utilities to own power generated from wind, solar and other renewable resources.

The Shumlin administration is proposing a new policy that would also affect the heating and transportation sectors, which together account for most of the state’s carbon emissions.

The renewable portfolio standard, commonly referred to as an RPS, would replace Vermont’s primary renewable energy program, known as SPEED. The current SPEED program put in place voluntary goals and would fall short of achieving the state’s long-term energy objectives, according to a state study.

The new program would require the state’s utilities to retain ownership of renewable energy credits.

Renewable energy credits, or RECs, can be traded in a marketplace. Until now, Vermont utilities have sold the vast majority of their RECs to reduce rates for customers. In 2013, utilities generated nearly $50 million from selling RECs. Under proposed policy changes, utilities will need to keep some of these RECs or purchase them to comply with renewable energy targets.

The Republican leadership in the Statehouse says they will not support a policy that increases electric rates. The Shumlin administration says it has made a commitment to a “net positive” impact on rates.

To do so, the administration is looking at all energy sectors — including heating and transportation — in order to save residents money on the whole. This means electrifying these sectors, officials say, by encouraging air source heat pumps to replace oil furnaces and electric vehicles to replace gas powered vehicles.

The administration has not released specifics, but has said it will do so early in this legislative session.

The state’s SPEED program sunsets in 2017. To implement a program overhaul, utilities, developers and financiers will need time to adjust to the changes.

But the state must make changes soon because some states may no longer purchase Vermont’s RECs, according to David Hallquist, CEO of Vermont Electric Co-op.

Hallquist said some states are questioning the credibility of Vermont’s RECs. Even though the RECs have been sold out-of-state for cash, utilities are allowed to count the credits to meet a voluntary renewable energy goal in 2017.

If other states refuse to purchase the RECs, Vermont electric rates will face upward pressure.

“We know something has to be done because Connecticut and Massachusetts are questioning our double counting of the RECs. And that said, we run the risk of losing all of our ability to sell and exchange RECs, which would be a 6 percent impact on rates for us,” Hallquist said. 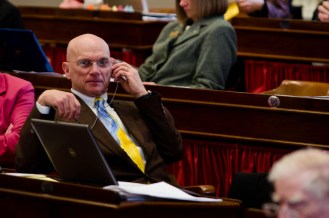 He said the program will likely provide a credit for thermal efficiency and extra credit for distributed forms of renewable energy, such as net-metered solar.

Andrew Savage, a strategist with the solar manufacturer AllEarth Renewables, said he would like to see extra credit given to projects that are built in-state.

“We simply can’t expect to rely on other states to be hosting our renew[able] energy projects and I don’t think we want them to from an economic standpoint either,” he said.

Federal environmental regulators are watching lawmakers this session to see whether Vermont is committed to restoring Lake Champlain’s water quality.

The Shumlin administration presented a plan to the Environmental Protection Agency in May, and recently proposed a fertilizer tax and development fee to pay for it.

If lawmakers don’t implement the plan, the EPA could step in with inflexible regulations and pull federal funding from the state.

Klein said his committee will share the responsibility of passing legislation with the House Fish, Wildlife and Water Resources Committee. Last year, lawmakers sought to raise money for the cleanup, but the tax proposal lost steam before the bill made it to the House floor. The Shumlin administration at the time did not support fees proposed by lawmakers. 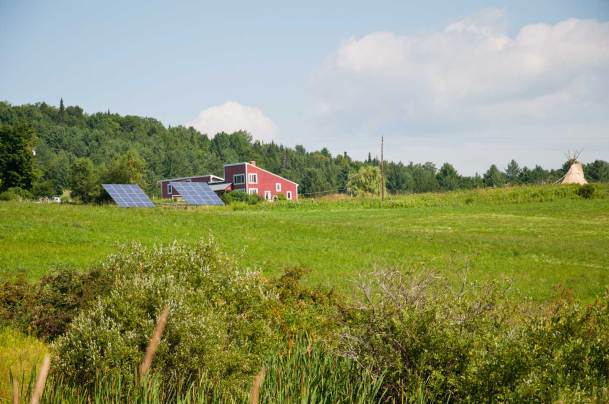 As Vermont seeks to reduce greenhouse gas emissions in an effort to curb climate change, the undeveloped countryside is becoming dotted with solar panels and windmills that generate renewable electricity.

Residents have fought some of these projects, claiming they are located too close to residential areas or sensitive natural resources, such as wetlands or mountaintops.

“I think what we’re experiencing is the result of the success of the programs that we put in place. We have had rapid development of something that we wanted to see developed. With the good now comes unforeseen consequences. I think that is what we are experiencing today,” he said. “We don’t want to stop what’s good. We don’t want to stop development. There is a lot of good that is being done.”

Last year, former Sen. Bob Hartwell, D-Bennington, chair of the Senate Natural Resources and Energy Committee, attempted to pass a bill that would give local communities a say in how energy projects are sited. Another bill would have put in place new screening standards for solar projects.

One bill was torn apart by renewable energy advocates who said it will stall progress on the state’s renewable energy goals. The solar siting bill was shot down on the Senate floor during an evening vote last year.

But since last session, more towns have become frustrated with the siting of utility-scale solar projects in their communities. New Haven voted against a solar project. Rutland Town placed a siting restriction in their town plan. A state official said more projects are being located on wetlands, floodplains and wooded areas.

Klein said some local communities feel shut out of the regulatory process, a concern voiced for years by utility-scale energy development critics like Vermonters for a Clean Environment. He said otherwise, it puts a “black eye” on the industry.

“We need more of these projects. But they need to be done in a responsible way and we can’t always depend on developers to be responsible,” he said.

The number of applications for renewable energy projects continues to grow, and environmental regulators will seek more money this session to review the environmental impacts of these projects, a state official said.

The rising cost to build a natural gas pipeline through Addison County has prompted lawmakers to question whether utility customers should pay for all infrastructure projects equally.

Vermont Gas’ pipeline project has jumped in cost by 80 percent since regulators first approved the project in December 2013. While regulators decide whether to review the project for a third time, the bump in cost is likely to be shouldered, in part, by Vermont Gas customers.

Some lawmakers are beginning to ask why Gaz Metro, a Canadian energy company, and its shareholders are not required to pay for unexpected cost increases.

“If their project is so good on its own merits, what are the investors paying for it? Maybe we need to change that,” Klein said of the pipeline project. “It is certainly not the ratepayers that are funding the development of solar, for example. That’s private money that is put at risk. Maybe Gaz Metro has to put their money at risk if this is such a good project.”

Natural gas, unlike solar, is a regulated industry in Vermont. State regulators determined the pipeline from Colchester south to Middlebury would benefit the state as a whole, and therefore the company can use ratepayer money to build it.

Democratic lawmakers this year questioned whether ratepayers should be responsible to pay for the cost of legal settlements, fines and public infrastructure cost overruns. Among them was Senate Committee on Finance Chairman Tim Ashe. 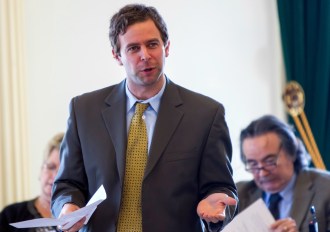 Ashe said he does not plan to produce a bill to address the problem, but said he wants to better understand how certain costs are recovered.

“I don’t know if we spend enough time thinking about the fairness of how those costs are allocated,” Ashe said. “Right now, the consumer always winds up picking up the tab.”

Climate change activists will renew their call for the state to halt its investment in coal, oil and gas companies, and one lawmaker says he will introduce first-in-the-nation legislation to do so.

Institutions and local governments have pledged to divest more than $50 billion in assets from fossil fuel companies as of September, according to a recent study. Thirty-eight percent of these pledges have come from educational institutions — including Sterling College and Green Mountain College in Vermont. However, no state government has divested any assets.

The group 350 Vermont will again lead a nearly solo effort to lobby the Legislature on divestment this session. The Shumlin administration has described divestment as “not the sharpest tool” to address climate change. State Treasurer Beth Pearce has opposed an outright divestment strategy, arguing that it is better to use the state’s fiduciary stake in companies to call for change, among other reasons.

An alliance of environmental, business, academic and other advocacy groups launched a campaign to tax carbon emissions in Vermont. A carbon tax is designed to create a disincentive to purchase fossil fuels — much like a sin tax for tobacco or alcohol — and generate revenue that would be used to assist a transition to cleaner fuels and to promote efficiency.

The idea received pushback from fuel dealers in Vermont and Shumlin has not backed the proposal. Democratic leadership in the Legislature also appears hesitant to support the new tax.

Klein said a carbon tax bill would not pass this session. He said the topic has caused anxiety and scares people. That’s why he said he plans to host committee meetings on the overall subject of climate change.

“I think we need to be very, very careful in our effort to move forward that we don’t do anything that makes us go backward,” he said. “I’m concerned about that.”

A tax on carbon aims at reducing heat-trapping greenhouse gas emissions caused by burning fossil fuels. Scientists expect a warming climate will increase the severity of storms and the frequency of natural disasters. The federal government has declared six major disasters in Vermont since Tropical Storm Irene in 2011.

“It’s way more expensive cleaning up than it is to prepare for it and to minimize impacts,” Klein said.

Thanks for reporting an error with the story, "Legislative preview: Energy credits, lake cleanup to top agenda"