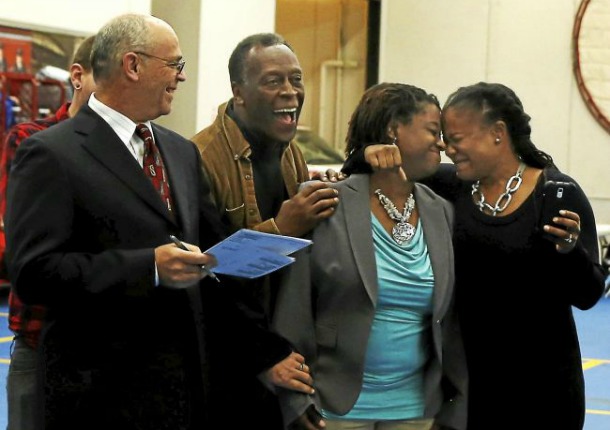 This article is by Keith Whitcomb Jr., of the Bennington Banner, in which it was first published Nov. 4, 2014.

BENNINGTON >> Democrat Kiah Morris and Republican Mary Morrissey were elected to represent Bennington in House District 2-2. Morris got 873 votes while Morrissey received 1,241. They defeated Democrat Joann Erenhouse, who had 797 votes.

Morris moved to Bennington six years ago from Chicago and started a family. She is currently the coordinator for the Alliance for Community Transformations and decided to run after being involved with two programs designed to get more women to run for office.

Public health and access to education are key factors in improving the economy, Morris said. As far as taxes go, she wants to explore an Internet sales tax, saying online shopping is essentially short-changing Vermont by millions of dollars.

Erenhouse is the director of the Bennington Area Chamber of Commerce. An attorney originally from New Jersey, she has worked on a library program that allows local attorneys to give talks on matters of law.

She has a number of thoughts regarding the economy, one being to work to correct the apparent disconnect between job seekers and job openings. The Department of Labor has reported nearly 200 job openings in the Bennington area, however employers are having a hard time finding applicants. Erenhouse said she wants to bridge this gap, making it more known to job-seekers where to find openings and how to get the training needed to brush up on their skills.

Morrissey, a Bennington native and 18-year incumbent, said the state's tax and energy policies need to be reviewed. She said there have been a number of bills she has voted against recently because she did not feel there was enough funding for them to remain sustainable.

Vermont needs to look at how other states are recruiting and retaining large employers and try to strike a balance between offering incentives and doing what the small state can afford.

Thanks for reporting an error with the story, "Morris, Morrissey win Bennington 2-2"

Frustrations over racial equity simmer on the Vermont Climate Council

By Tom Kearney and Maggie Reynolds

Darryl Benjamin: What it’s like to move to Florida as a liberal