Advocates pressed for increased state funding for higher education and business incentives, even as the governor is calling for level-funded or reduced spending across state government.

Ben Johnson, president of the Vermont chapter of the American Federation of Teachers, said Tuesday that the state has underfunded higher education for 35-years and the state college system is nearing the breaking point. 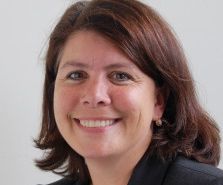 The program has been level-funded at $1.3 million for a decade, except for three years from 2008 to 2011 when it was bolstered by federal recovery funds. It reverted to $1.3 million, where it remains, and $700,000 more could make a huge difference to Vermont businesses and their workers, Bishop said.

Johnson and Bishop made their remarks at the first of two public hearings on developing the fiscal year 2016 budget, a process that began in earnest this week.

State agencies and departments were asked by Gov. Peter Shumlin to prepare two versions of their proposed budgets — one at level funding and one reflecting a 5 percent reduction — which were due Friday. Budget writers have begun reviewing those submissions and will be meeting with department heads in the coming weeks.

At Tuesday’s hearing, Secretary of Administration Jeb Spaulding and Commissioner of Finance and Management Jim Reardon stressed that the two budgets are a “starting point” in developing the governor’s FY ’16 budget recommendation to the Legislature.

Ultimately, the administration’s budget could include increases for some departments, while others that can sustain them could see deeper cuts, they said.

Shumlin is committed to balancing this year’s budget with existing revenue sources, they said, and increasing broad-based taxes to boost revenue isn’t on the table.

State revenue isn’t keeping pace with spending, Reardon said, which has grown from $4.8 billion at the start of the Great Recession in late 2007 to $5.6 billion this year. The loss of one-time federal recovery funds has made filling budget gaps more difficult, he added.

Last year, lawmakers were able to close a $70 million budget gap, but were forced to cut an additional $31 million in spending in August because of lower than expected revenue forecasts. This year, an economist for the Legislature predicts the budget gap will be between $90 million and $120 million.

Reardon will next meet with department heads to discuss their budget requests, a process that will continue through mid-November. Then Shumlin and Spaulding will provide input on the administration’s priorities, and lawmakers will be presented with a proposed budget in January.

Notably absent from the first public hearing were advocates for social safety net programs. Those services are provided or overseen by the Agency of Human Services, which accounts for 40 percent of state spending.

Advocates for programs or services provided by the Agency of Human Services were asked to wait to make their comments on the budget until the second hearing, which will be held Oct. 28 on Vermont Interactive Technologies.

Written comments can be submitted to Reardon’s office at 109 State Street, 5th Floor, Montpelier, VT 05609, with the subject Public Budget Development FY 16 on the envelope.

Thanks for reporting an error with the story, "Colleges, business groups lobby against budget cuts"