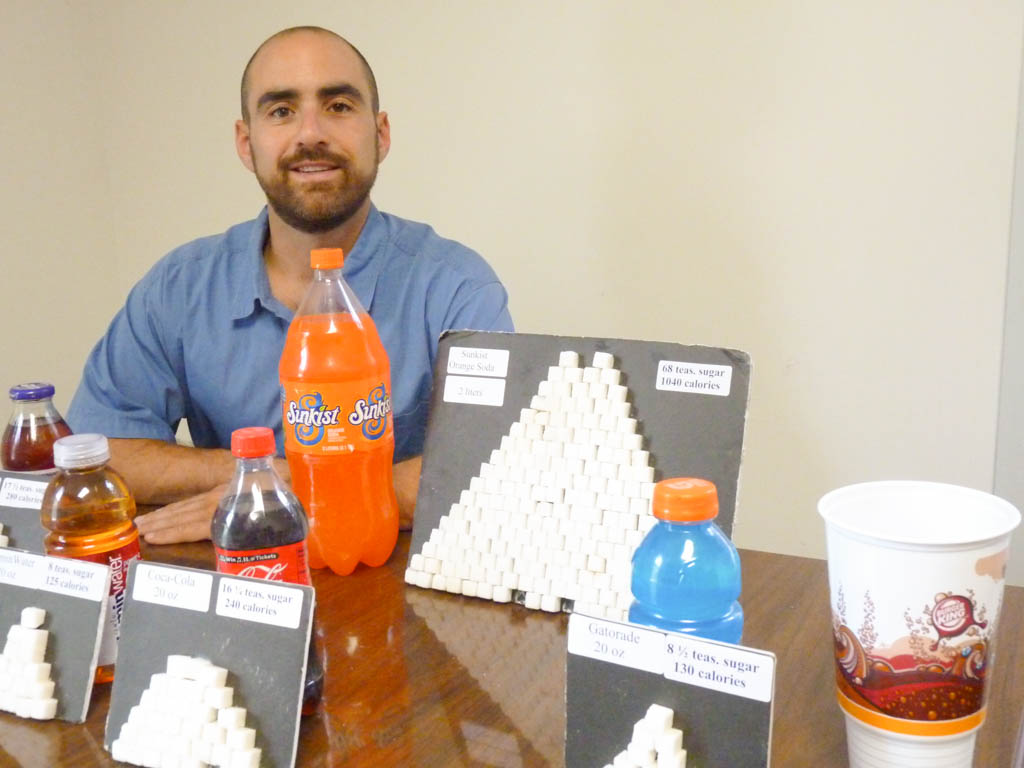 Anthony Iarrapino is leaving the Conservation Law Foundation to lead Alliance for a Healthier Vermont's effort to enact a state tax on sugar-sweetened beverages. Photo by Morgan True/VTDigger

The Alliance for a Healthier Vermont is renewing its push for a tax on sugar-sweetened beverages and has hired a new leader for the campaign.

Anthony Iarrapino, 38, will leave his position as a senior attorney with the Conservation Law Foundation in Montpelier to shepherd the initiative through the Legislature next year.

Efforts to pass a sugar-sweetened beverage tax fizzled in 2010 and 2013, but Iarrapino said the time is right to pass the legislation in the upcoming session.

“We’re going to have the resources this time around to really mobilize and educate the public and policy makers on the wisdom of Vermont once again leading the nation in an important policy area,” he said.

The group says it has received about $200,000 to support the campaign.

A key focus in the Legislature next year will be how to raise money to pay for a publicly financed universal health care program.

An excise tax on sugar-sweetened beverages could help pay for such a program and also reduce system-wide health care costs over time by reducing complications related to the over-consumption of sugar, such as obesity, diabetes and heart disease, Iarrapino said. In Vermont, 58 percent of adults and 27 percent of children are overweight or obese, according to figures from the Vermont Department of Health. 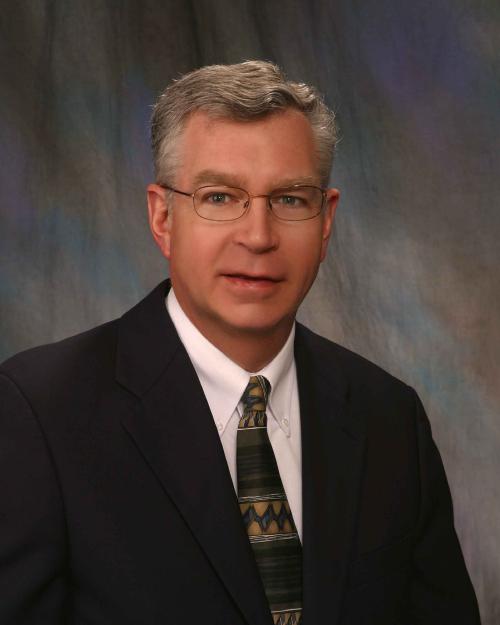 Jim Harrison, president of the Vermont Retail and Grocers' Association.

Jim Harrison, president of the Vermont Retail and Grocers' Association, said such a tax would be inconsequential in funding a new government health care program.

“It’s a drop in the bucket when you’re trying to raise $2 billion,” he said, citing the estimated first year operating costs to the state for a single-payer program.

The alliance is going to seek a 2 cents per ounce tax on beverages with added sugar, which they say would generate roughly $35 million.

Nothing has changed since previous efforts to pass the tax, adding that it’s still regressive and “goes down the path of government trying to decide what’s best for consumers through tax policy,” Harrison said.

It’s also the kind of tax that could send business across Vermont’s borders to states like New Hampshire, he said.

“Anytime you raise the price that consumers ultimately have to pay, you run the risk of sending business across the border,” Harrison said, adding that no other states have passed a sugar-sweetened beverage tax. 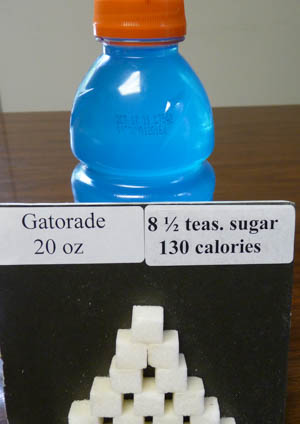 Display shows the sugar content of a bottle of Gatorade. Photo by Morgan True/VTDigger

Claims that the tax would drive consumers and small businesses across the borders are exaggerated, said Tina Zuk, co-chair of the alliance and government affairs director of the Vermont chapter of the American Heart Association.

A 2011, UVM survey found that Vermont respondents, who didn’t already cross the border to shop, said they wouldn’t drive to New Hampshire to avoid a sugar-sweetened beverage tax, she said.

The legislation failed by one vote in the House Ways and Means Committee last time, and a recently announced $31 million reduction in revenue forecasts will have lawmakers looking at all their options, Iarrapino said.

There is also public support for such a tax, he said.

Polling the group has done in the past showed public support for the tax when it was connected to funding health care initiatives and reducing obesity, Iarrapino said. The group plans to do additional polling to demonstrate public support, he said.

The tax would not apply to 100 percent fruit juice, Zuk said. It would also not apply to milk beverages with added sugar, because the group does not want to discourage milk consumption, she said.

While no states have passed a sugar-sweetened beverage tax, there will be initiatives to do so in Illinois and Hawaii this year, and on a regional or municipal basis in California, Zuk said.

The Alliance for a Healthier Vermont is made up of more than 30 health care trade groups and advocacy organizations, led by the Vermont chapter of the American Heart Association.

Voices for Healthy Kids, a national initiative sponsored by the Heart Association and the Robert Wood Johnson Foundation, gave the alliance $173,000 to push policies that aim to change the pricing of unhealthy foods, Zuk said.

Peter Sterling, the alliance’s other co-chair, has stepped away from his role with the Vermont Campaign for Health Care Security, to spearhead Vermont Leads, a single-payer advocacy group.

Thanks for reporting an error with the story, "Group plans all-out push for tax on sugary drinks next session"