Vermont lawmakers passed a bill Thursday mandating that all law enforcement officers collect data about the race of people they pull over. It was, in part, a political statement that they will not tolerate racial profiling by police.

After nearly two hours of impassioned debate, House lawmakers passed S.184 on a vote of 138-3. It is scheduled for a final vote Friday and then must pass the Senate.

Lawmakers’ comments about diversity and racial bias in Vermont were at times tense and at times personal. Some made statements others later called borderline racist. The bill even drew a rare vote from Speaker Shap Smith, who wanted to send a message with his support. 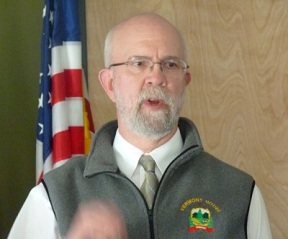 The bill was a priority of Judiciary Committee Chairman Rep. Bill Lippert, D-Hinesburg, this session. Lippert defended it on the floor from legislators who questioned the collection of stop data.

“What does it mean to not be able to seek out law enforcement help when you, yourself, are a victim and your skin is a color other than white?” Lippert said. “That is wrong.”

During debate Lippert called attention to the many minorities who sat in the gallery Thursday in support of the bill. Some were members of the group Migrant Justice, which pushed for the bill. They also rallied outside the Statehouse as part of a May Day celebration of labor.

Luna said it was eye-opening to hear the perspective of many legislators. Members of his group have told legislators stories of how they are afraid to contact police for fear they will be asked about their immigration status.

A migrant worker in March told the House Judiciary Committee about being detained by federal immigration officials after his boss was pulled over by Franklin County Sheriff deputies for a burned-out tail light.

“They’re not really experienced in those situations but it’s important to have an open mind and really learn from the diversity that is in Vermont,” Luna said Thursday after the vote.

The bill also requires all law enforcement departments to adopt bias-free policing policies, a requirement largely ignored in a 2011 law.

Rep. Douglas Gage, R-Rutland, said he teaches “people of color” in a local prison. They do not tell him they are in prison because they were racially profiled, he said.

“Profiling happens in a number of areas … but I think collecting data on this would put one more burden on the local police officer,” Gage said.

He said he talked to a “person of color” in Rutland who told him other minorities give him a bad reputation because many are drug dealers and “couch surfers” who live with “white girls.”

Rep. Kesha Ram, D-Burlington, told how she was arrested in California at age 14 when police thought she was Mexican. Race data collection is integral to determining whether police act appropriately, she said.

“People are profiled regardless of whether it's documented somewhere on a form,” Ram said.

Institutes of higher education as well as new businesses bring an increasingly diverse population to Vermont, Ram said, not to mention tourists and visitors. In 2012, Vermont was the second whitest state in the nation.

Luna, after the vote, said minorities support data collection because it allows people to analyze how officers treat people of color.

“There’s a lot to learn from collecting data, it can only benefit the communities,” he said.

The bias-free policing language is part of a larger bill that combines two Senate bills having to do with policing. One requires police to record interviews with suspects in homicide and sexual assault cases.
The other asks police departments to have eyewitness identification policies, an effort aimed to avoid witnesses identifying the incorrect person as a suspect.

Rep. Duncan Kilmartin, R-Newport, questioned the collection of stop data, saying it could invade privacy. Kilmartin said he may propose an amendment Friday to the bill when it is up for final passage.

“Should I have to report it because I have a tail light out?” Kilmartin asked.

Roadside stops are not trivial when it comes to police bias, Lippert said.

Some agencies, including the Vermont State Police and the Burlington Police Department, already collect stop data.

Rep. Suzi Wizowaty, D-Burlington, said drivers will not be asked about race, but police will record what they observe. The goal is to track how police observe individuals, she said.

Several representatives wanted to know if the data will include peoples’ names. Aggregate data that will be analyzed for racial bias will not include names, Lippert said.

After the vote, Rep. Valerie Stuart, D-Brattleboro, began to give a speech in Spanish to the minorities who came to watch the debate. Briefly interrupted by another legislator who objected because he did not understand Spanish, Stuart continued. 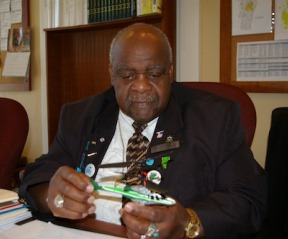 Stuart then translated, ending with “I apologize with all my heart for the pain the police have caused you.”

Rep. Kevin Christie, D-White River Junction, the House’s only African-American representative, had the last word on the bill.

“Until you are followed in a store for no reason, treated differently for no reason, or stopped by an officer for no reason, it may seem difficult to understand why we need to legislate equity. I am proud to be a Vermonter,” he said.

Thanks for reporting an error with the story, "Lawmakers share personal stories in debate over bias-free policing"