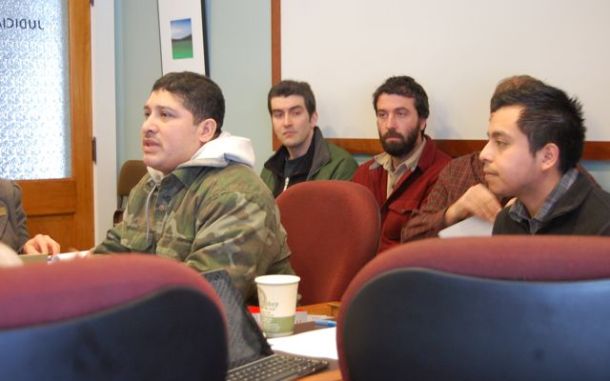 The law that is supposed to thwart biased policing practices doesn’t keep minorities safe from officers who stop people just because of the color of their skin, migrant farmworkers and human rights groups told lawmakers on Thursday.

The state needs to strengthen Act 134, the bias-free policing law, because some agencies aren’t complying with state statute, they said. Police should also collect more data and provide officers with better training, the advocates said.

Testimony about bias-free policing, taken over two mornings last week, grew tense, as discussion focused on whether state and local police have a duty to enforce federal immigration laws.

“It’s not fair that police (are) doing the job of the border patrol,” said Enrique Jimenez, a migrant farmworker.

"The job of the police is to keep our community safe,” he said, speaking through an interpreter.

Troopers said their goal is to ensure that no one is afraid to report a crime. But immigration, within the realm of bias-free policing, remains a polarizing issue in the state police force.

Lawmakers, meanwhile, are frustrated that Vermont lacks central oversight over all law enforcement agencies. State officials, for example, do not know how many local police departments are in Vermont.

Rep. Bill Lippert, D-Hinesburg, chair of House Judiciary, asked: “Is there anybody that can tell me: Has every law enforcement department in the state of Vermont adopted the (bias-free policing) policy that we asked to have in place?"

Lippert's committee has made it clear it wants to improve Act 134 and intends to do so this session. The committee has been held up by a study of statewide police data that was supposed to be completed in 2012.

Lippert said he will ask for an exemption from the March 14 crossover deadline so his committee can work on legislation this session.

To illustrate what life is like for migrant farmworkers in Vermont, Jimenez, of Sheldon, told the committee about his experience. One night he was detained by federal immigration officials after his boss was pulled over by deputies from the Franklin County Sheriff for a burnt-out tail light.

The officer asked Jimenez if he had a visa and detained him when he said no, he said. They searched his house and arrested two others. Three undocumented workers from that incident are in the process of being deported.

Jimenez said people break into workers’ houses and steal cash because the thieves know they don’t have bank accounts and won’t report the crime to police for fear of deportation.

Migrant Justice, the organization on whose behalf Jimenez testified, met with the Franklin County Sheriff and ask him to change his policy but so far has seen no change, Jimenez said.

A change in the law should create oversight for departments that don’t have a policy, or have a weak policy, Jimenez said.

“A lot of communities, not just the migrant community, will feel much safer in public,” he said. 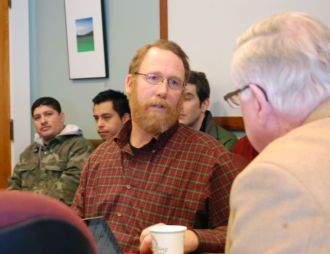 The state board that set the standard for bias-free policing policies across the state set the bar too low, according to Brendan O’Neill of Migrant Justice. For example, the rules do not set guidelines for when it is proper to inquire about the immigration status of an individual, he said.

He asked that the committee require stronger policies across the state and clearly define the consequences for not having a policy, proper training or race data collection.

“Our concern is that there be action on this year,” O’Neill said.

Sheriff Robert Norris Friday did not return a call for comment. He told the Associated Press his office is in the process of updating their 2003 anti-bias policy.

The committee also heard from Abel Luna, a campaign coordinator at Migrant Justice, who said he distrusts law enforcement agencies because of stories like Jimenez’s.

“I fear that I’m going to be targeted based on my color and my race,” said Luna.

Rep. Andy Donaghy, R-Poultney, asked Luna whether he is a U.S. citizen. Luna said he is a citizen and was born in the United States.

“I don’t view that that question is very relevant to what we are trying to address. We’re talking about amending a law,” he said.

Donaghy pressed for a specific number of undocumented workers, but Lippert, D-Hinesburg, said the question was out of line.

The bias-free policing policy for the Vermont State Police and a model policy from the Vermont Attorney General's office are considered to be stronger than the state guidelines, which are set by the Law Enforcement Advisory Board.

State Police Colonel Thomas L’Esperance said his agency wants to ensure people do not fear calling police when they are a victim or witness of a crime.

But the colonel said immigration-related issues in the context of bias-free policing are controversial within the agency and a key part of what state police struggled with in developing their policy.

The colonel said he has no control over troopers when they are off duty, but has not heard specific examples of troopers who report individuals to immigration officials after work.

“At the end of the day, the trooper is an American citizen, they go off duty at 5 p.m.,” L’Esperance said.

Lippert asked whether a trooper, making a roadside stop, would inquire of other passengers in the car, absent probable cause, about their immigration status.

Along the border, state police work with the Department of Homeland Security and other federal authorities and ask more questions at traffic stops than they would in other parts of the state, the colonel said.

A study of statewide state police data in 2009 found non-white people are more likely to receive a ticket, he said. People of color were also more likely to be searched.

Troopers understand the policy and the reasons for it, he said. Training is the best way to help police overcome racial bias, in his view.

“Spending money on training is worth its weight in gold,” L’Esperance said. 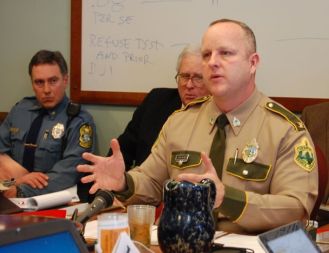 “It’s ingrained in Vermont culture. When that term is used, the ‘out-of-state drug dealer,' there’s a certain picture that’s painted,” he said.

The committee also heard from the Vermont Human Rights Commission and the Vermont chapter of the American Civil Liberties Union.

“A lot of people don’t even understand when they’re being biased,” she said.

Richards suggested that agencies adopt the state police or attorney general policy, because they are stronger than the current model policy.

Allen Gilbert, executive director of the Vermont chapter of the American Civil Liberties Union, supported the suggestions of Migrant Justice and the Human Rights Commission.

He echoed Lippert’s frustration that there is no single point of contact with all law enforcement agencies in Vermont.

Gilbert asked the committee to investigate whether any Vermont agencies receive any goods, funds or services from any other agencies connected to immigration.

Off-duty officers who conduct investigations could be a liability for the state, he said.

“I’m almost sure there are going to be lawsuits eventually around this issue unless the perception is not cleared up that people of Hispanic origin can’t go to police,” he said. “We have essentially asked people to come from a different country to do work that none of us wants to do to maintain an industry that we all think is critical to the economic vitality of this state and then we make them fearful and actually make them targets of theft and burg because they’re afraid of going to the police and reporting the crimes.”

Thanks for reporting an error with the story, "Advocates say state needs stronger bias-free police laws"