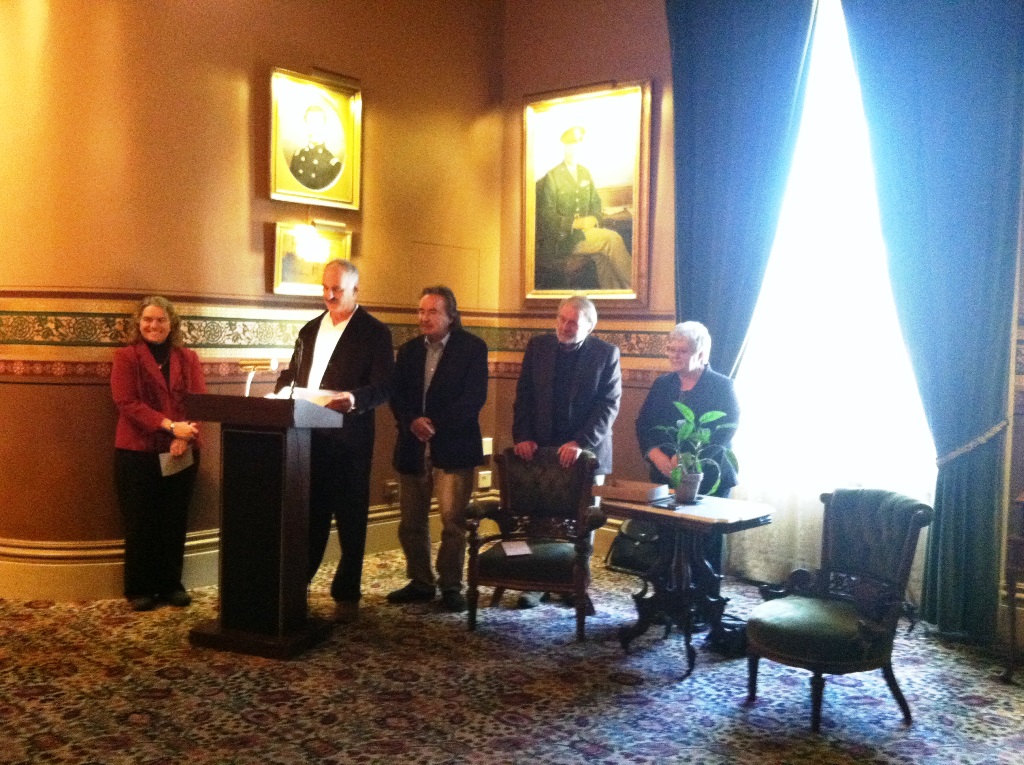 Advocates of public banking, so far unsuccessful in their quest to get the Vermont Legislature to study the possibility of setting up a state-owned bank, have taken the task upon themselves. At a news conference Tuesday in the Cedar Creek Room of the Statehouse, Sen. Anthony Pollina, P/D-Washington, and others presented research commissioned by the group Vermonters for a New Economy.

Flomenhoft said about $236.2 million of new credit could be created in the state, as well as 1,000 jobs and $100 million in savings. For the full report, see the document link below.

The numbers are neither comprehensive nor final, Gwen Hallsmith said. She's an organizer with Vermonters for a New Economy and a board member at Donella Meadows. Hallsmith is also the director of planning and community development for the City of Montpelier, but she emphasized she was not wearing that hat at the news event.

"This is not the kind of study we (are) pushing the state to do," Hallsmith noted. She indicated that more data points would be incorporated into a legislative study, which also would ask more questions. "(This) is really a very small study that can be seen as the first step for more work that needs to be done to understand this fully," she said.

For example, a longer timeframe might be necessary if the state were to officially engage the issue. The New Economy study based its calculation of new credit on the the state's average daily balance of unrestricted funds in fiscal year 2013. State Treasurer Beth Pearce noted in a memorandum to Pollina in July that "cash balances are very volatile," and as recently as 2003 the state had to borrow money for operational costs.

Aside from more numbers, some persistent questions that advocates hope will be addressed in a legislative study include the amount of capital that would be required to start a state bank; the arrangements between the state bank, state lending agencies and private banking institutions; and risk management.

Pollina stressed that the goal of the research was not to undermine local banks, but to examine the possible economic impacts of a state-owned bank. His proposal, loosely modeled after a state bank that North Dakota set up in 1919, would move the state government's cash deposits from commercial banking institutions into a state-owned bank.

A state bank could consolidate the state's existing lending agencies into a new financial and organizational architecture, Pollina said in an earlier interview. The Vermont Economic Development Authority, Vermont Housing Finance Agency, Vermont Student Assistance Corp. and Vermont Municipal Bond Bank technically are not banks, although they do make loans.

Correction: This article was updated on Wednesday, Nov. 6, to reflect Treasurer Beth Pearce's memo regarding the volatility of the state's unrestricted funds.

Thanks for reporting an error with the story, "Public banking advocates release economic study"